Cristiano Ronaldo has issued a rallying cry to his Manchester United team-mates after a rough patch of form caused a hiccup in their season – urging them to ‘sacrifice’ and help the squad reach the next level.

The Portuguese superstar was one of three high-profile arrivals at Old Trafford this summer alongside £73million winger Jadon Sancho from Borussia Dortmund and £42m defender Raphael Varane from Real Madrid, and Ronaldo believes the club needs time to ‘adapt’ with their new-look side.

Ronaldo has been one of the top performing players of the team so far in this campaign – netting six times from eight games – but has been unable to inspire United in every game, with Ole Gunnar Solskjaer’s side suffering some poor results in recent times.

But despite showing his passion and disappointment during those defeats, the veteran forward has kept a positive outlook over United’s fortunes, saying ‘everything is possible’ for the rest of the season.

‘We are in a moment in my opinion that Manchester (United) do a few changes; they buy me, they buy (Raphael) Varane and (Jadon) Sancho,’ he told Sky Sports ahead of United’s clash against Liverpool on Sunday.

‘The adaptation will take time, even the system of the game that we play, but I think step by step we have to put it in our mind that everything is possible. 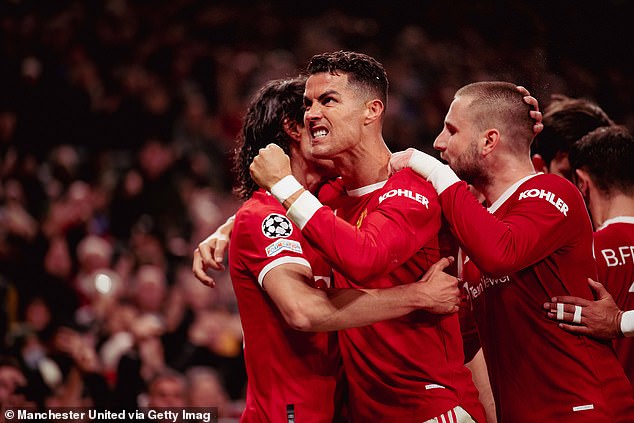 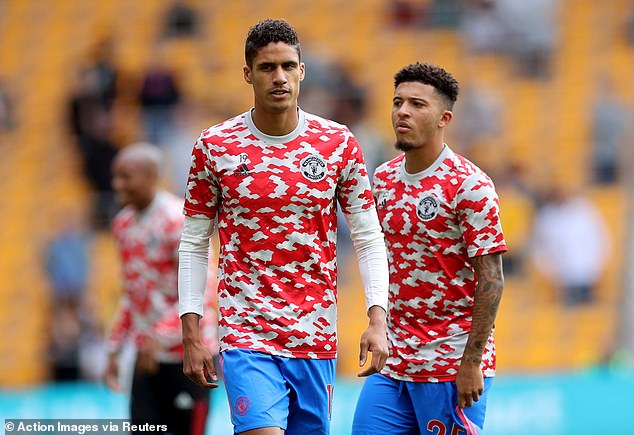 Ronaldo is one of three big name signings this summer, including Raphael Varane (left) and Jadon Sancho (right)

‘Everyone should know their role. I know my role in the team, in the club… my role is to score goals, to help the team with my experience and know-how to understand the game.

‘If everyone is thinking like that, sacrifice for the team, I think we will be a better team. We have fantastic supporters behind us, fantastic stadium, fantastic team, so we have to carry on like that.’

Ronaldo was at it again in midweek as he helped secure a dramatic 3-2 win over Atalanta in the Champions League – scoring a trademark header in the dying minutes yet again after late heroics already this season against Villarreal and West Ham.

There have been fears that Ronaldo takes centre-stage whether United win or lose – with the forward seen storming down the tunnel after a 1-0 home loss to Villa last month. And the 36-year-old was reportedly furious with his team-mates as they trailed Atalanta 2-0 at half time, asking them if they were ‘ashamed’. 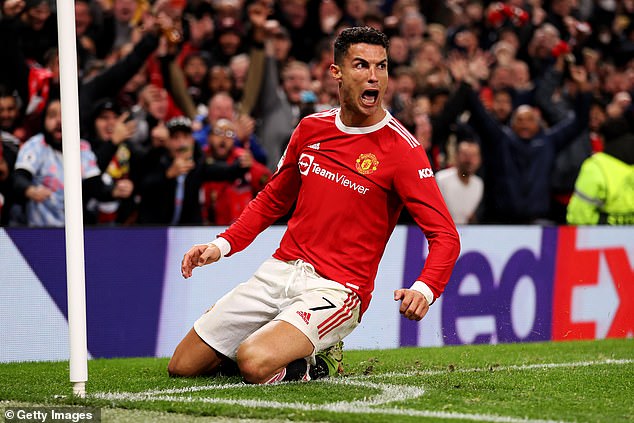 Having sealed his fairytale return from Juventus, Ronaldo has his sights on more success even as he heads towards his forties, and he revealed he has no intention of retiring – not even from the Portugal team.

‘But why [retire from international duty]? I think it’s not my time yet.

‘It’s not what people want, it’s what I want. It’s when I feel that I’m not capable to run, to dribble, to shoot, if the power is gone… but I still have that stuff so I want to continue because I’m still motivated.

‘It’s the main word – [motivated] to do my stuff, to make people happy and my family happy and the fans and myself. I want to put the level even higher.

‘You speak about Portugal but in the Champions League I have the most goals, the most wins, assists… everything. But I want to carry on. I like to play football. I feel good to make people happy.’