Paul Pogba has been grilled by fuming Manchester United supporters on Twitter after his underwhelming performance during a shock Champions League exit at the hands of Sevilla.

Pogba’s performance in United’s defeat has been largely ridiculed by supporters of the club itself, as well as general football fans on Twitter, with one video dominating the long list of sarcasm and abuse that awaited him when he awoke on Wednesday morning.

The French midfielder appeared as a second-half substitute – coming on for Marouane Fellaini after an hour’s play – but struggled to impact a game that was hanging in the balance at 0-0. 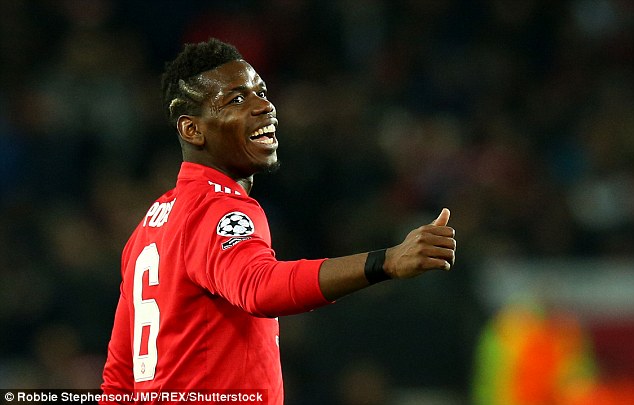 Ahead of Tuesday night’s last-16 second leg at Old Trafford, the Red Devils looked to be in a relatively safe position after battling out a goalless draw in Spain earlier this month.

However, Mourinho’s side were stunned by substitute Wissam Ben Yedder’s four-minute double that sent United into panic-mode. Romelu Lukaku pulled one back for United, before the inquest began at full-time.

Football pundits such as Rio Ferdinand slated Jose Mourinho’s men, as he claimed his former club were ‘terrible’, describing them as a bunch of ‘strangers’. But it was on Twitter where the real dissection of United’s suffering took shape, with Pogba taking the majority of the abuse. 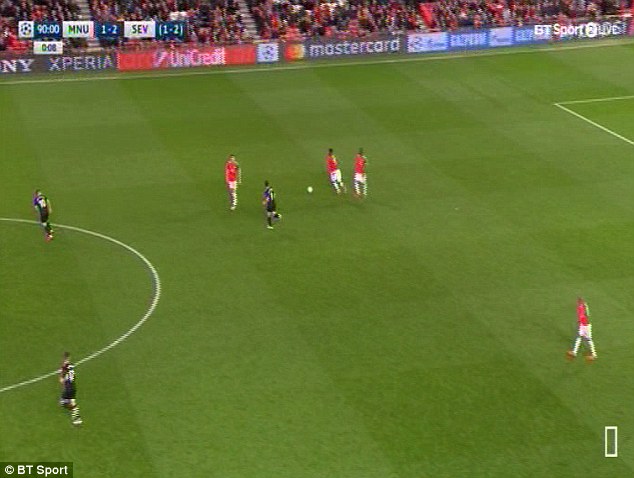 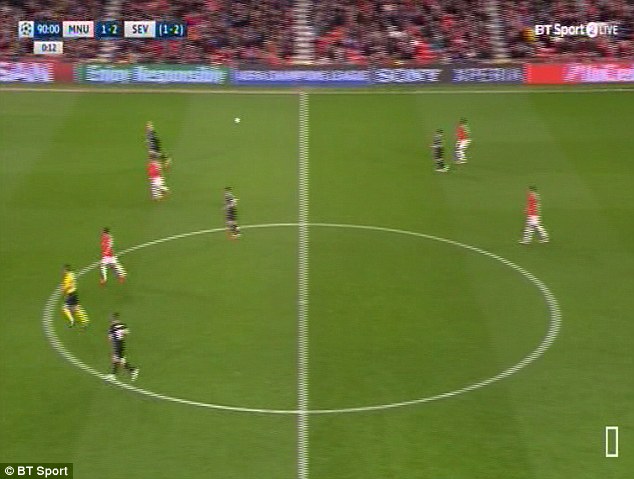 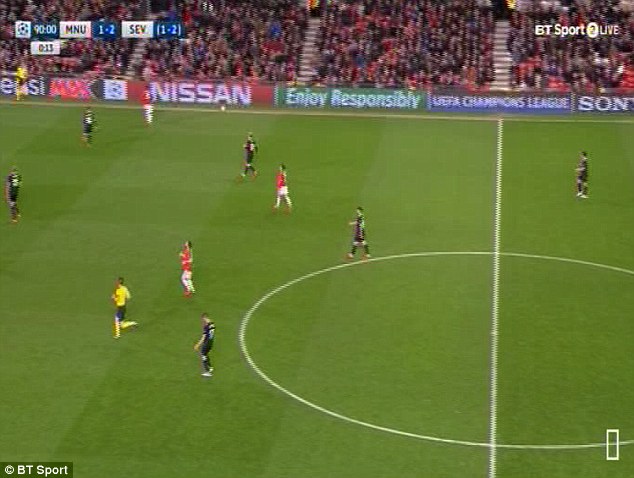 Mourinho introduced a once idolised European midfielder in the hoped his £89m star could impact the game. Alas, he was far from effective.

The low-light of the game for Pogba came he – completely unchallenged by any Sevilla players – appeared to just pass the ball off the pitch.

As he carried the ball across the pitch, by-passing centre-back Eric Bailly, he looks to pick out Lukaku down the right side, but instead rolls the ball off the pitch.

Naturally, United fans, haters and sarcastic Tweeters alike pounced on this one moment of madness, and made Pogba pay the price for a lapse in concentration.

Another masterclass (not) by Paul Pogba who made no impact at all – please explain to me again, what is special about him?

We can now add Paul Pogba to the long list of players, of which Jose Mourinho has killed 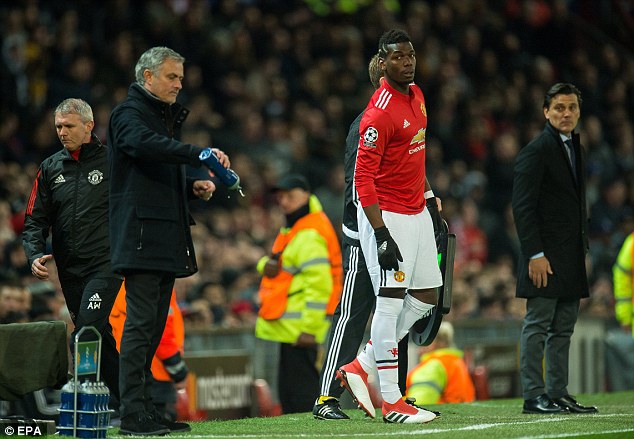 Pogba came on as a substitute, before he was criticised for his poor value for money

‘We can now add Paul Pogba to the long list of players, of which Jose Mourinho has killed,’ one non-United fan wrote on Twitter. This is an example of the more tame criticisms directed at the 24-year-old.

‘P*ss off!’ was how one fan summarised his experience of watching Pogba, after expressing his concern – to put it lightly – at the manner in which he shirked his responsibilities and appeared careless on the Old Trafford turf.

However, it was the level of sarcasm on display throughout Tuesday night and into Wednesday morning that really stood out the most, with one fan writing: ‘Another masterclass (not) by Paul Pogba who made no impact at all – please explain to me again, what is special about him?’

The Tweets kept on coming, as another wrote: ‘Paul Pogba playing like your mate who thinks he’s 10x better than everyone else at five a side but really isn’t.’

‘Please RT for a chance to win Paul Pogba’s Boots from tonight’s game,’ one fan wrote, posting a picture of a pair of clown shoes. Maybe slightly harsh – with Pogba’s pass success rate on the night reaching 74 per cent – but he should expect such jibes and criticisms to continue if he cannot get fans on side. 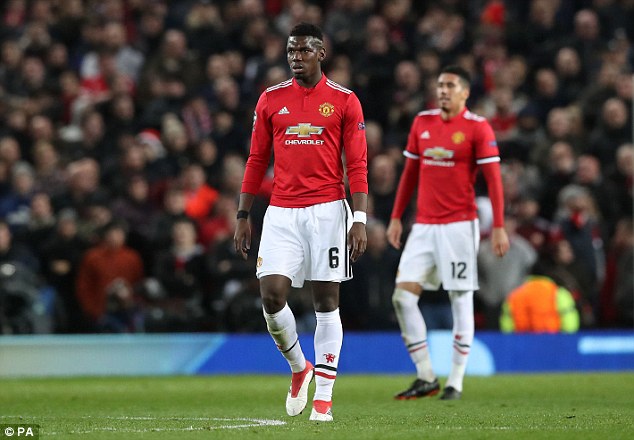