Manchester United were given a police escort to the airport on Wednesday afternoon over fears of further fan protests directed at the team.

United are due to travel to Rome to face Roma in the second-leg of their Europa League semi-final, but there were suggestions some supporters may attempt to stop the team from boarding their plane.

As a result, a tactical aid unit was deployed to ensure the team’s coach reached the airport without any problems. 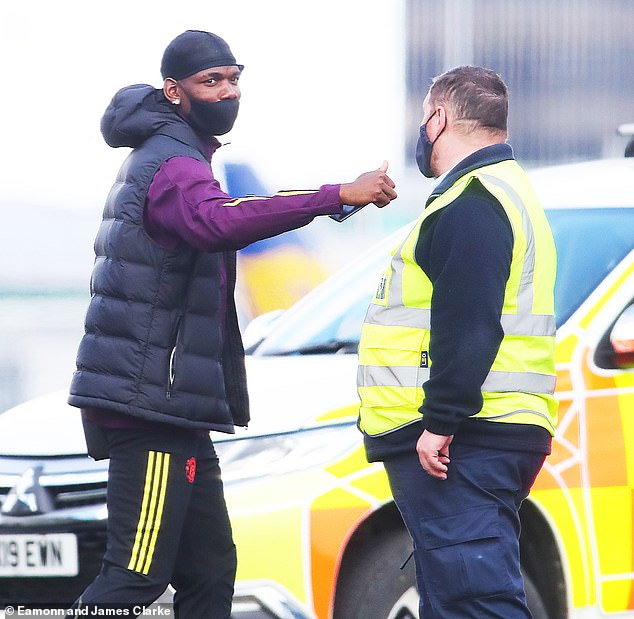 It follows angry scenes on Sunday, as United fans broke into Old Trafford and stormed the pitch in protest against the club’s owners – the Glazer family.

Six police officers were injured during the demonstration, with supporters calling for the owners to sell up following their decision to make the club a founding member of the ill-fated European Super League.

The violent scenes, which caused the match with Liverpool to be called off, were condemned by Solskjaer on Wednesday, when he spoke ahead of the clash in Italy.

‘It was a difficult day for us,’ he told reporters. ‘Of course we wanted to play and beat Liverpool. 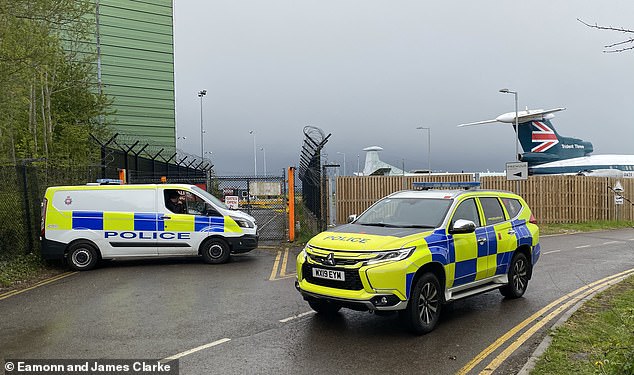 There was a strong police presence outside the airport, where United were set to depart from 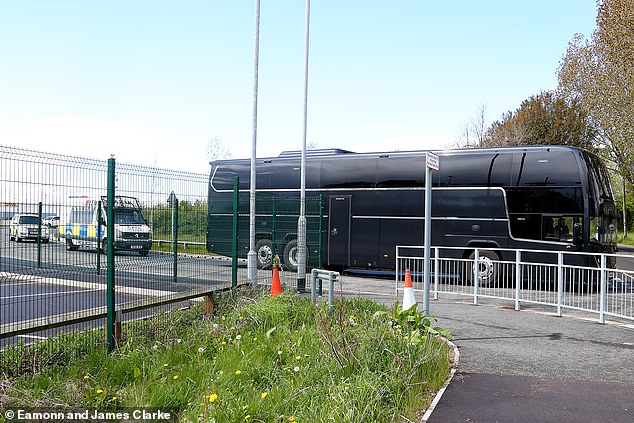 ‘We have to listen and hear the fans’ voice. Everyone’s right to protest but it has to be in civilised manner.

‘Unfortunately when you break in and police officers get injured that’s one step too far. When it gets out of hand like this it’s a police matter, not about showing opinions anymore.

‘The right to protest peacefully, everyone has a human right to be heard, but when you step out of line and break in dressing rooms, that’s one step too far when it becomes a police matter.’

As it was, there were no signs of trouble on Wednesday, with the likes of Paul Pogba, Marcus Rashford and Edinson Cavani arriving at the airport with minimal fuss.