First came Cristiano Ronaldo and Juventus. Then Kylian Mbappe and Paris Saint-Germain. On Wednesday, Manchester United face what remains one of the greatest tests in European football when Lionel Messi leads out Barcelona at Old Trafford.

Fate has thrown these two clubs together again in the Champions League quarter-finals a month short of the 20th anniversary of United’s Treble triumph in 1999 — a season that included a pair of 3-3 draws with Barca in the group stage and, of course, Ole Gunnar Solskjaer’s injury-time winner against Bayern Munich in the final at the Nou Camp.

Solskjaer must now engineer an equally unlikely victory as manager. This, after all, is a United side that has lost three of its last four games, including two defeats by Wolverhampton Wanderers.

If Chris Smalling’s demeanour on Tuesday is anything to go by, however, Solskjaer’s side are not short of confidence.

‘This season I’ve been lucky enough to face Ronaldo and Mbappe, and they’re all challenges that I definitely relish and I think the players at this club relish,’ said Smalling. ‘I say bring it on.

‘We were all watching the draw and when we saw it was Barcelona you could see the smiles on people’s faces because it’s another challenge put in front of us. We’ll go head-on.’

A stunning turnaround against PSG in the last 16 after losing the first leg 2-0 has given United hope that anything is possible. 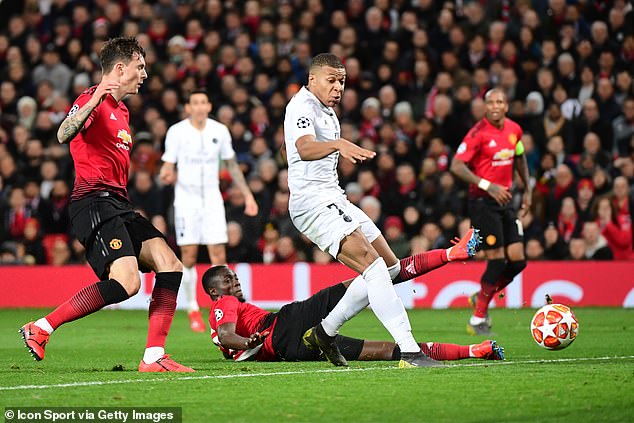 It is very unlikely they will get away with making the same mistake twice, but they can draw encouragement from the fact that this Barcelona team is not as good as the one that defeated United in the 2009 and 2011 Champions League finals.

Since lifting the European Cup for the fifth time in 2015, they have not progressed past this stage of the competition. Curiously, Messi has not scored in his last 11 Champions League quarter-finals.

‘He’s a fantastic player and he will go down in history as one of the best individual players ever,’ said Solskjaer. ‘He will be difficult to stop but it is never impossible.

‘What kind of plan can you have to stop one of the best players in the world? But it’s not like it’s Messi against Man United — it’s (Luis) Suarez, (Philippe) Coutinho, (Ivan) Rakitic and (Arturo) Vidal. Barcelona, with the history, tradition and quality of individuals, we know we need to step up our game — which we didn’t against PSG at home.

‘But the outcome of the second leg has given the players and supporters belief it’s possible. We’re ready.’ 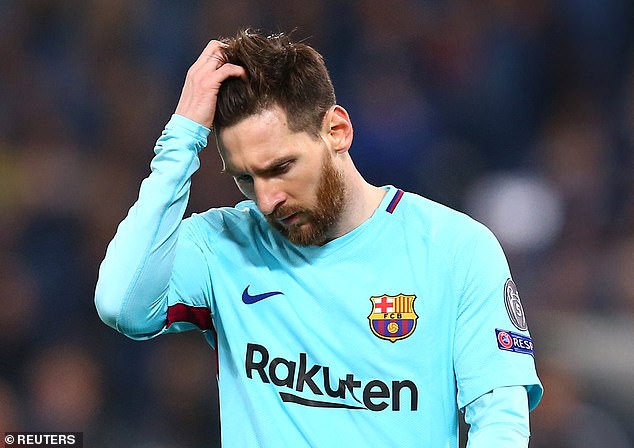 Curiously, the Argentine has not scored in his last 11 Champions League quarter-finals

While United must try to find a way of shackling Messi, they can only hope that their own talisman, Paul Pogba, will come up with a performance befitting his status as one of the best midfielders in the world.

So far Pogba has struggled to deliver on the Champions League stage for United, and was absent in Paris after being sent off in the first leg at Old Trafford.

Having contributed eight goals and five assists in his first 10 games under Solskjaer up to that point, the Frenchman has no goals and one assist since then.

Pogba didn’t help his cause by claiming during the recent international break that it would be ‘a dream’ to play for Real Madrid when asked about speculation over a move to Spain.

Solskjaer, however, has no doubts over the player’s future or his ability.

‘I cannot see him not playing for Man United next season,’ he said. 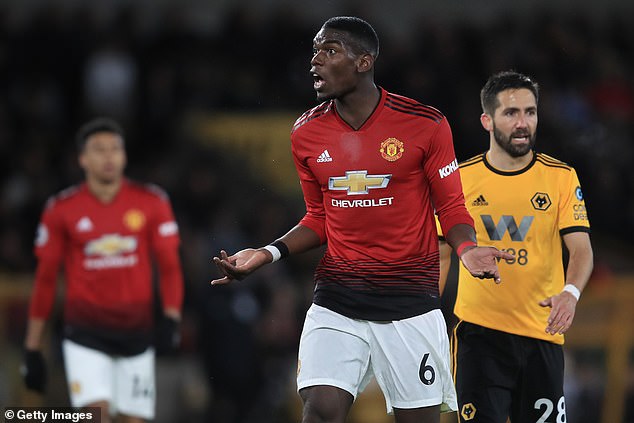 Meanwhile, Paul Pogba has struggled to deliver on the Champions League stage for United

‘Paul is looking forward to tomorrow. He’s a Man United player, one of our big performers on the big stage. His game against PSG wasn’t his greatest moment but, at Paul’s best, he can run a game like this. That’s what you expect from him, that he really puts his stamp on it. I expect him to perform tomorrow.’

United’s comeback against PSG has not been lost on Barcelona and their defender Gerard Pique, who learned all about the club’s ability to beat the odds during a four-year stay in Manchester.

Pique will play at Old Trafford for the first time since returning to Barca in 2008, shortly after United had beaten the Catalans in the semi-finals en route to winning the Champions League for the third time.

‘If you can beat them scoring a lot of goals you have to do it because they have a great team and a great history,’ he said.

‘You cannot leave Manchester United alive (in the tie).’