‘He is a player that absolutely fits in here’: Manchester United legend Jaap Stam insists Matthijs de Ligt would be perfect for Old Trafford

Matthijs De Ligt says his future is up in the air and compatriot Jaap Stam believes the highly-rated Ajax defender would fit in well at Manchester United.

Having starred in the Dutch giants’ run to the Champions League semi-finals, 19-year-old De Ligt has been attracting admiring glances from across Europe.

He has been strongly linked with a summer move to Barcelona, who have already signed midfielder Frenkie De Jong from the Amsterdam club. 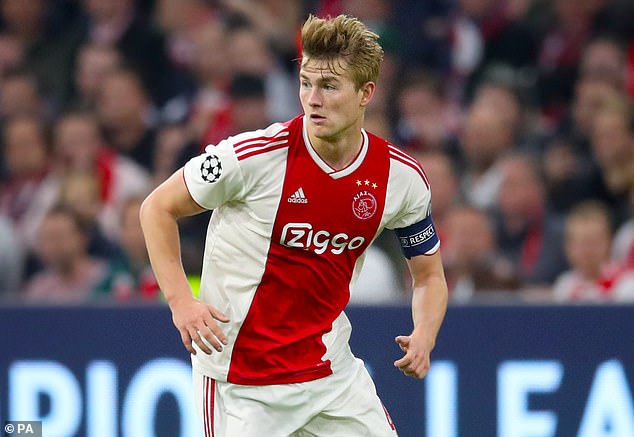 United have also been mentioned as a possible destination but Press Association Sport understands the powers that be at Old Trafford expect Barca to tie up a deal for a player who gave little away on Sunday.

‘Well, the Premier League is a big competition, Spain also,’ De Ligt told ESPN FC. ‘But you have other competitions, it’s not (just) about those two. I still don’t know anything about where my future is, so I see how it goes.’

De Ligt, who started against United in the Europa League final two years ago, has long been tracked by the Manchester giants, but the feeling around the club is he will be heading to the Nou Camp. 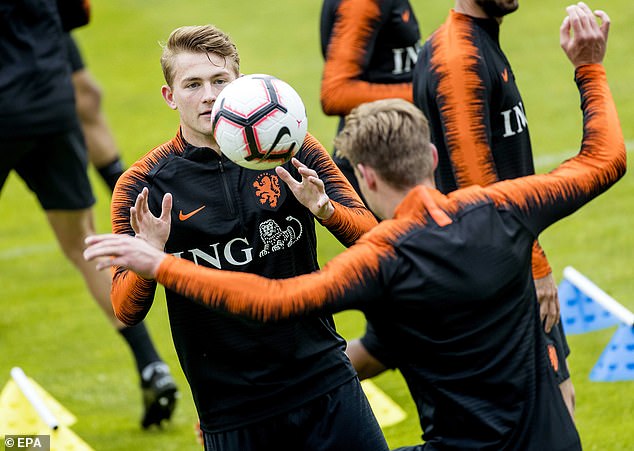 It is understood United are keen to sign a centre-back this summer and 1999 treble hero Stam believes De Ligt would be a good fit for his former club.

‘He’s a great player,’ Stam told Press Association Sport. ‘He’s only a youngster as everybody knows. But in how he plays, he’s an adult, to be honest.

‘He’s got composure on the ball, he’s aggressive tactically, he sees the game, he reads the game well and he’s got that driving force for himself as well in what you need to achieve and where you want to go to.

‘I think he would suit very well over here if they’re trying to pick him up and I am not sure if that’s the truth, of course, because a lot of things have been said and have been written as well.

‘But he is a player that absolutely fits in here, but it is up to him as well.

‘He’s the type of player that a manager I think wants to work with.’

And it is not just central defence that Stam believes former team-mate Ole Gunnar Solskjaer needs to look at.

‘Well, I think in every (position), like up front, in the midfield and in the back four, they can use some extra quality as well,’ he said after playing for Manchester United Legends against Bayern Munich on the 20th anniversary of the treble. 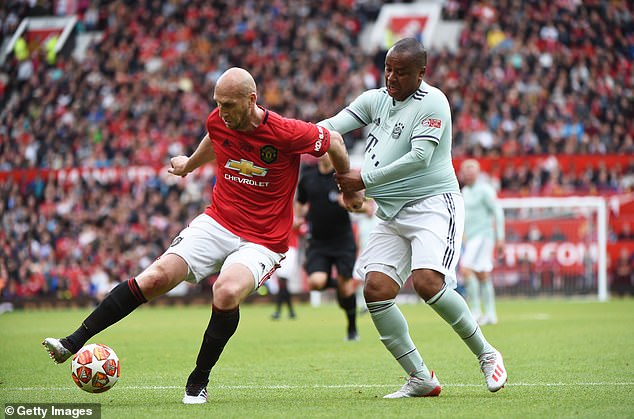 ‘You want to have a squad that is competitive to each other as well because everyone needs to push each other basically to get the maximum in achieving something.

‘So, I think as a manager and as a club as well you need to have a look at that and after the last couple of seasons and how it’s been going over here, I think it’s good to evaluate everything within the team.

‘Looking at the players, what they’ve done and what they’ve achieved, and even when players still have a contract for another three or four seasons, you need to make your choices towards them as well and what you want to do with them.

‘Because at the end of the day, it’s the most important thing that you do well, that you achieve goals that you want to achieve and where you want to go to as a club.

‘You have to make hard decisions.’