Former Manchester United star Roy Keane is hoping to sell his luxury home – and pictures of the property have revealed the star has a mirrored ceiling above his bed.

Images taken by an estate agents trying to sell the property have revealed the cheeky secret.

The father-of-five is hoping for more luck at getting rid of his country estate than when the property was listed in 2011, when he failed to sell the home in Cheshire for £9.5 million.

The 9,500sq ft home has at least seven bedrooms, eight bathrooms, six reception courts and even tennis courts and a swimming pool, The Sun revealed. 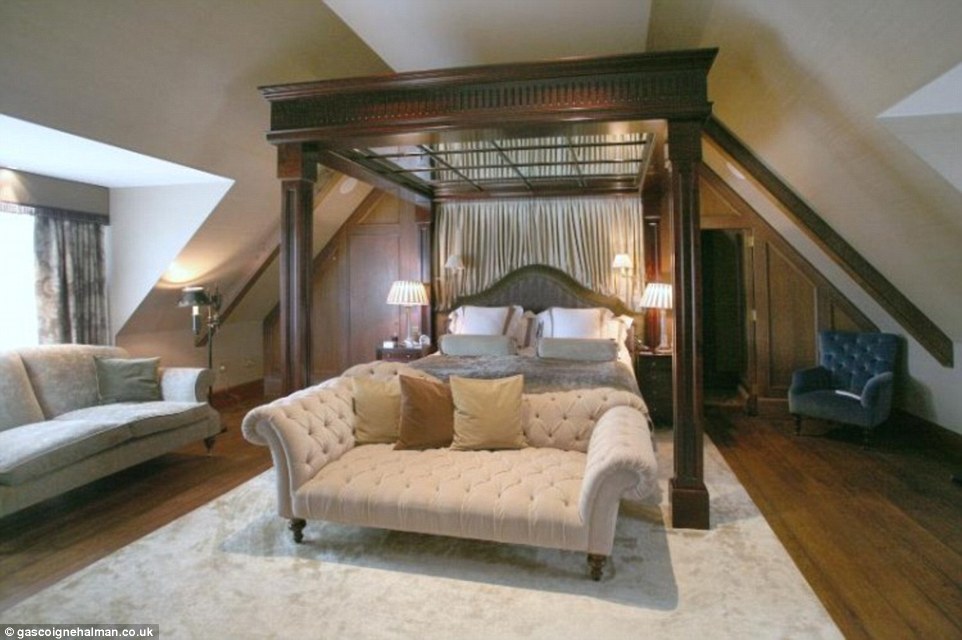 The four-poster bed has a mirror directly placed above it. The bedroom has a grand feel to it, with a lovely wooden finish on given to the floor, bed, and walls 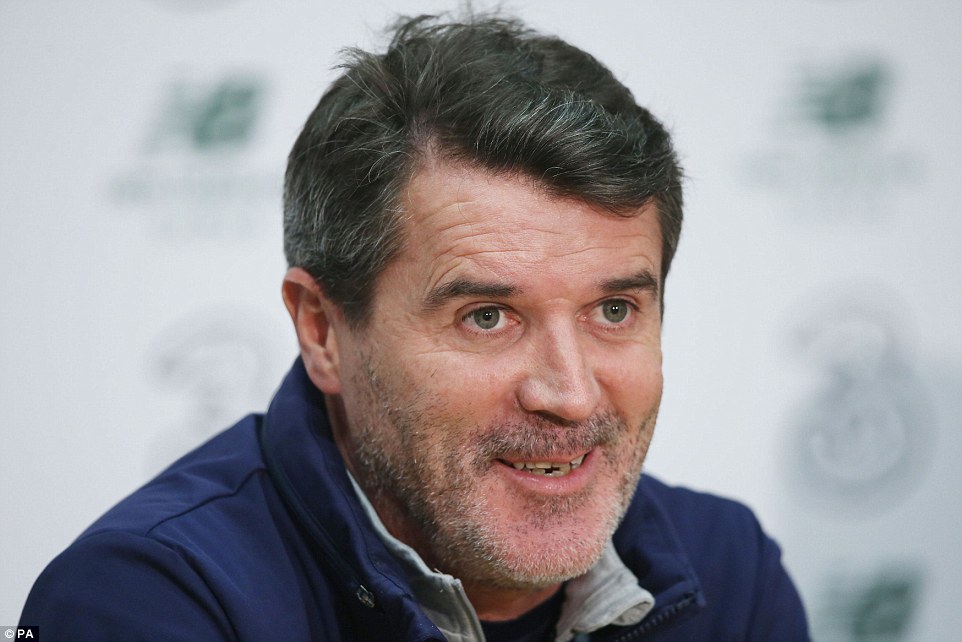 The 46-year-old Irishman also has a huge 1.2 acre plot of trees and bushes which surround the property.

The listing for the property on Gascoigne Halman says prospective customers can be given the ‘Price On Application’.

The listing on the website reads: ‘A superbly presented country house sitting in a mature and remote plot extending to approximately 1.2 of an acre, in one of the areas most favoured locations and only minutes from the village centre and its amenities. 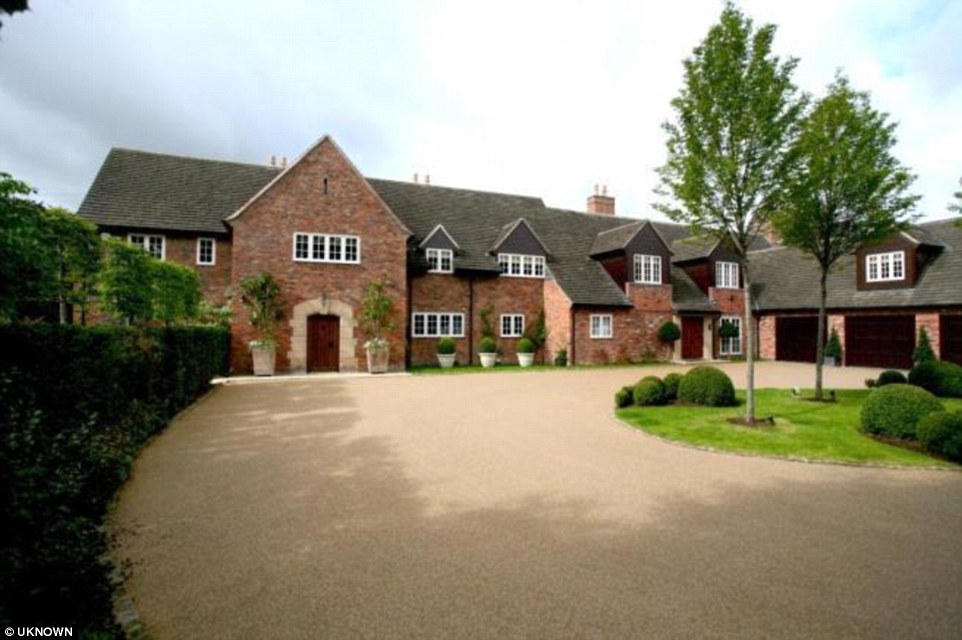 His property was listed for sale in 2011 for £9.5 million although failed to sell when it hit the market. 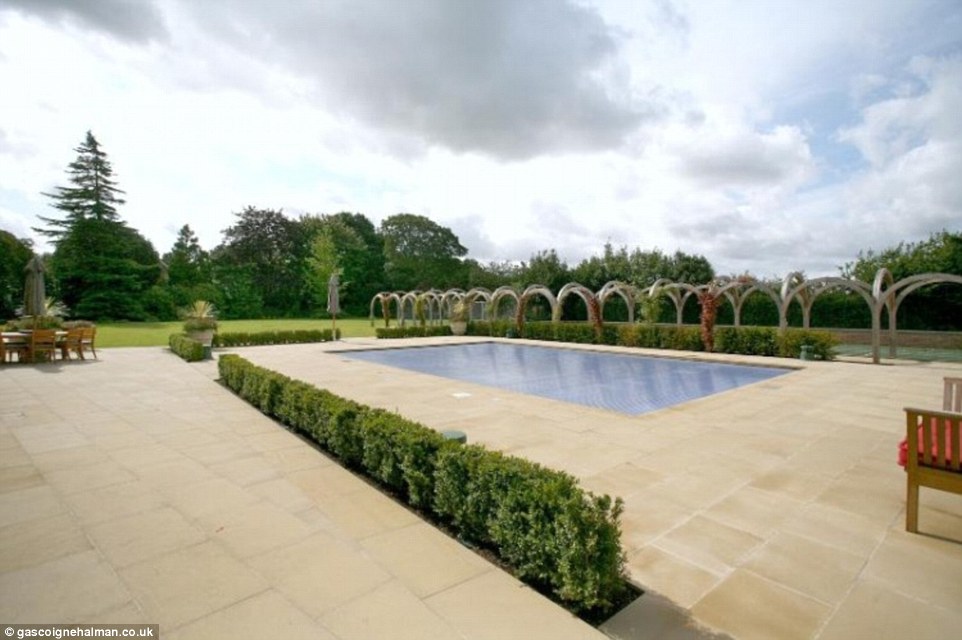 There is 1.2 acres of greenery and trees surrounding the property and even has its own swimming pool at the back of the mansion

‘Once through the solid electric gates the driveway with turning circle leads to the front of this unique residence and gives access to the three car garage. The property clearly offers a very imposing frontage which is continued once you enter this substantial and breathtaking family home.’

Keane has previously admitted that he likes ‘home comforts’ in his autobiography despite also wanting to be a ‘hell-raiser’.

And on Theresa Doyle, his wife of more than 20 years, he confessed: ‘She’s had to bite her tongue a few times. I wouldn’t say Theresa likes every part of the package.’

The Keanes bought the house for £3.2m in 2005, according to the Sunday Times.

The lavish Cheshire property is not the only home Keane has had under his portfolio in recent years.

Back in 2015, he sold his Ipswich home for a sizeable £2.95 million for the seven-bed mansion.

The property was put on the market in early 2015, as the Keane family were living in their Cheshire home to carry out scouting work for Ireland in the northwest of England.