Mauricio Pochettino enjoys games; and not just the kind that pit him against Manchester City.

It was a wonderful encounter on Wednesday night given this was basically a dead rubber once it became clear how handily RB Leipzig were winning in Bruges, but Pochettino has been demonstrating his most skilful strategies all week. Sir Alex Ferguson always maintained that the match begins in the press conference the day before kick-off, and certainly Pochettino’s negotiations do.

He was at it again during a fortuitously-timed visit to Manchester. Not quite ruling himself out of the position at Old Trafford, doing enough to create the impression that he finds the speculation tiresome, but not so much that it packs up and goes away. 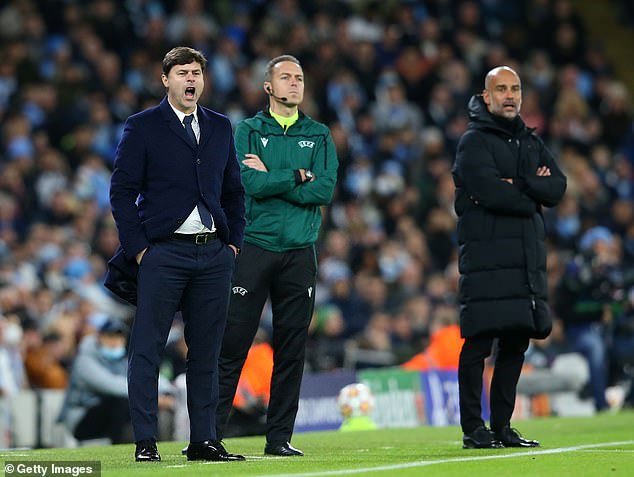 Pochettino is too smart for that. Too smart to issue the type of statement that kills the story and makes potential suitors retreat. When, before the 2019 Champions League final, Jurgen Klopp was asked about stories in Italy linking him with Juventus, he uttered a single word.

Bulls***. And then, just in case anyone was still unsure about the meaning of such an exclamation, he submitted a single sentence of further clarification. ‘There’s nothing true about it, I’m not going to leave Liverpool,’ he said. And that was that. There was no need for follow-up questions because it would be an insult to Klopp’s intelligence to further press when he had been so unequivocal.

Pochettino is not like that. He spent the time between Tottenham’s Champions League semi-final with Ajax and the final itself talking in riddles around his future, while all the time expressing frustration that the topic kept coming up.

And, on Tuesday, asked about links with the vacancy at Manchester United, he again chose not to offer absolute clarity. ‘Football is about today, not tomorrow,’ he said. ‘You live in the present, it’s not about living in the future. We are in a business where the rumours are there. I completely understand what is going on. But what another club is doing in that moment is not my problem. We cannot talk about this because of my respect to my club and my respect to another club.’ 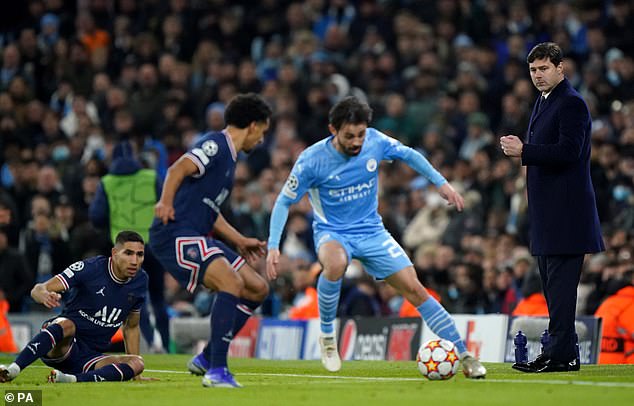 None of which is the same as calling BS on the whole process and pledging to complete the Paris St Germain contract that ends in summer 2023. It would have used as many words, the respect would have been writ large, and the speculation would have ended. Instead it was reported on the day of the game with Manchester City that PSG – not Pochettino – had rejected an approach from Manchester United, at least until the end of the season.

Meanwhile, it was also doing the rounds that Pochettino did not have the best relationship with PSG’s sporting director Leonardo. Where do these stories come from? Perhaps from the same source that let it be known at the weekend that Pochettino wanted to return to English football and would leave PSG right now, if a deal between the clubs could be struck.

Publicly, Pochettino may cloud the issue, but someone in his circle appears to have a very clear idea of what he thinks and feels.

Of course, PSG’s rejection of United’s overtures is entirely predictable. The Qatar Investment Authority is in the business of building a global sports empire around prestige and glamour.

They host huge events like the World Cup, the World Athletics Championships and now an annual Grand Prix; their football club deals in the grandest of marquee names – Lionel Messi, Kylian Mbappe, Neymar. To have what is currently the eighth best team in England – currently level on points with Brighton – bowl in to steal their manager mid-season is not the image at all. 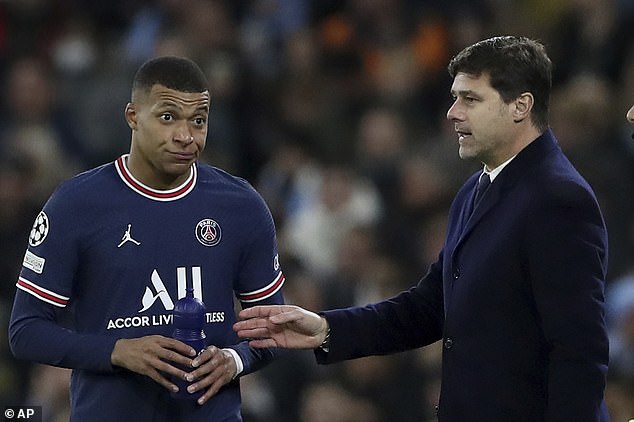 There may be a way to get Pochettino out of Paris – certainly if Zinedine Zidane is his replacement, as that would be the QIA’s dream – but unless the Frenchman breaks his word about not joining clubs mid-season, that will have to wait until the summer, at least.

So, for now, we’re on familiar territory. Pochettino dances around his intentions, United sit in limbo, neutrals look on, curious to see how this plays out with his present employers. Daniel Levy will know the feeling well. The steady drip of uncertainty was without doubt a contributory factor to an eventual parting two years ago.

The problems at Tottenham since have led to Pochettino’s era becoming shrouded in a rose-tinted glow, yet that was not how it ended. The team were inconsistent and fading, and a political battle appeared to be raging behind the scenes. Levy no doubt grew tired of being played; and maybe PSG’s owners will, too. Particularly if it affects the team.

There was little sign of that on Wednesday night, however, despite City coming from behind to win. In the first-half, PSG absorbed Manchester City’s pressure impressively, before taking the lead through Kylian Mbappe. Ultimately, then, the result was disappointing but the performance was not that of a team that had lost faith in their manager. 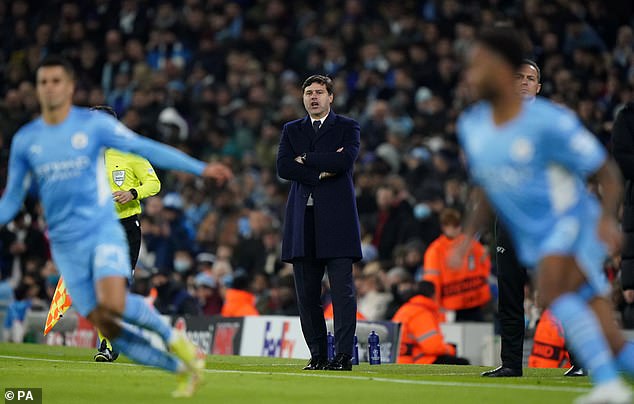 This week’s narrative has suggested PSG are as ambivalent about Pochettino, as he is about them; yet the club are 11 points clear in Ligue 1 after 14 games, and while the Champions League group form has not been perfect, PSG have qualified with a game to spare and their performances against Manchester City, over two matches, offer hope.

Pochettino knows the European crown is PSG’s holy grail and is realistic about his long-term prospects if he cannot deliver that. Some might consider this European campaign a win-win for him, then, in the circumstances.

Triumph, and he’s a living legend – fall short and he can console himself with a fabulous opportunity at Old Trafford, and employers demanding considerably less, just a seat at the table again, really.

It’s not quite as a simple as that – he could leave a legend, too, which was arguably his end game at Tottenham – but whatever happens from here expect Pochettino to approach the politics as meticulously as he would any match.