Manchester United ‘rekindle interest in Bayern Munich star Kingsley Coman and are ready to pay him £200,000-a-week’ to entice him to Old Trafford in the summer transfer window

Manchester United’s desire to land a new right winger ahead of a title push next season will see them offer a £200,000-a-week contract to Kingsley Coman, according to reports in Germany.

The Bayern Munich attacker has previously found himself on United’s radar after they gave up their pursuit of Borussia Dortmund’s Jadon Sancho.

According to Bild, United will ‘rekindle’ their interest in Coman with a view to getting him out of the Allianz Arena this summer. 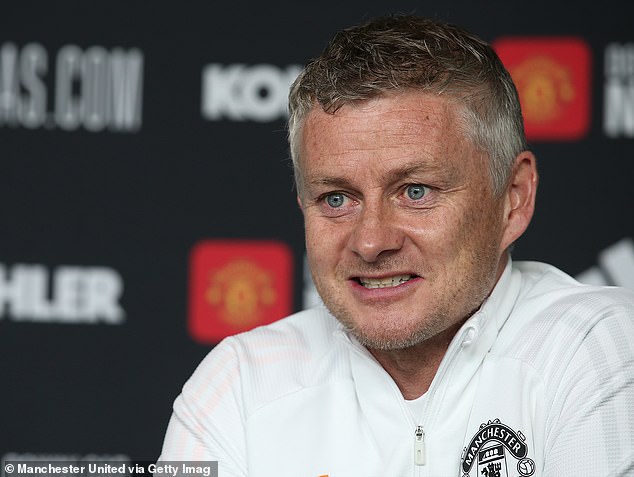 Bayern are under no pressure to cash in on Coman given he has two years remaining on his current contract.

But the Bild report details that United are willing to meet Coman’s demands of £200,000 a week after tax which could see them accelerate a switch to Old Trafford.

United went top of the Premier League earlier this season but their title bid faded and Ole Gunnar Solskjaer admits he needs more signings before he can dethrone Manchester City.

Speaking this week, Solskjaer said: ‘I hope we are going to strengthen with two or three players. 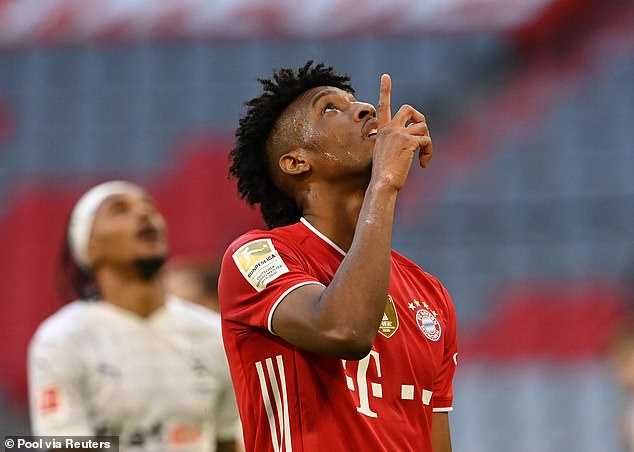 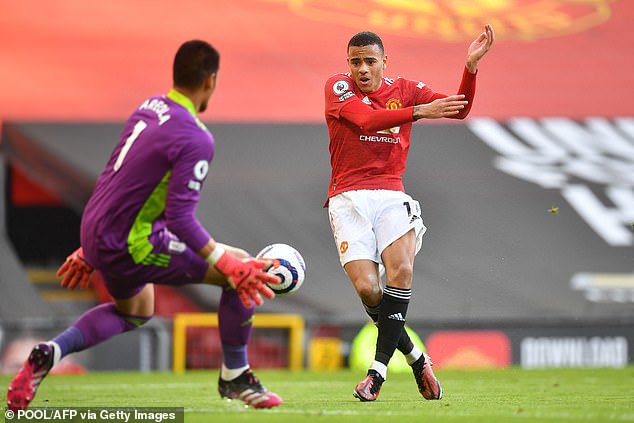 ‘We definitely need to challenge higher up in the table and we’re still too far behind to think it will just come by itself.

‘We’re not where we aim to be, we’ve got ambitions to move one place further up.’

A right winger and a partner in defence for Harry Maguire appear the priorities and o the attacking front there is said to be a number of targets.

Mason Greenwood has played out on the right, as has Daniel James, Paul Pogba and Marcus Rashford.

On Friday it emerged that United are reportedly in talks with Cristiano Ronaldo over a sensational return.

According to the Athletic, Tottenham forward Harry Kane and Dortmund striker Erling Haaland may be too expensive but potential transfers for Ronaldo and Sancho are viewed as more financially viable options. 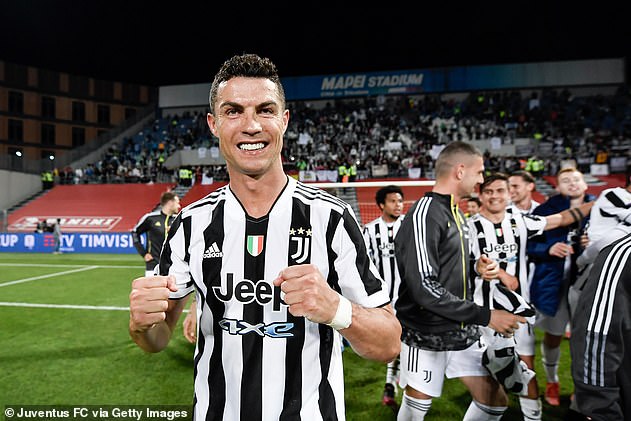 Manchester United are said to be in contact with Cristiano Ronaldo, 36, over a summer return 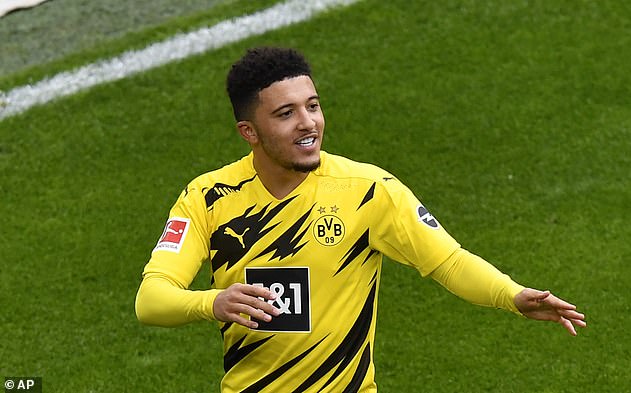 Juventus forward Ronaldo is regularly linked with moves away, but leaving Turin is understood to be a genuine possibility, especially if Andrea Pirlo’s side do not finish in the Serie A top four and therefore miss out on the Champions League next season.

The irrepressible 36-year-old has scored 36 goals in 44 appearances in all competitions this campaign, and despite his age is still a fine player, with Solskjaer said to have no hesitations about re-signing him if the financial aspect make sense.

The Portuguese would doubtless become the highest earner at the club – albeit probably on a short-term deal – but with one year left on his contract, he would not demand a huge transfer fee and would also provide massive commercial value.