Manchester United winger Anthony Elanga has revealed he has been receiving advice from stars such as Cristiano Ronaldo and Zlatan Ibrahimovic in his breakthrough season at Old Trafford.

The Swedish youngster has made 25 appearances for United during what has been a dismal campaign for the Red Devils.

Elanga has scored three goals – including in the Champions League knockout tie against Atletico Madrid – and made two assists this season.

The 20-year-old, a regular in the United team since Ralf Rangnick took over as interim manager in November, said ‘many players’, such as Ronaldo, his Swedish counterpart Ibrahimovic and Bruno Fernandes, had been guiding him during his career so far.

‘I grew up watching United as well, so the likes of Wayne Rooney and obviously Cristiano Ronaldo,’ he said,’ Elanga told Sky Sports.

‘I speak to Cristiano a lot in training and he’s always giving me advice. I grew up watching him at Old Trafford, so now to be able to play together is just an amazing feeling. 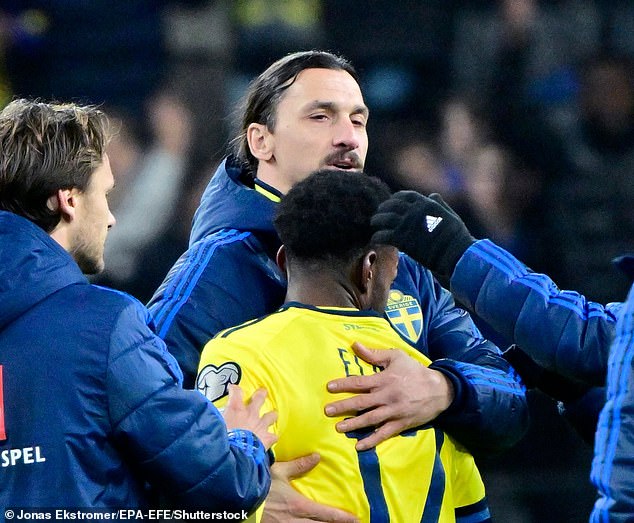 ‘There are many other players who have helped me as well. The likes of Victor Lindelof, who I play with internationally.

‘Juan Mata and Bruno Fernandes too. I’ve also learnt a lot from Zlatan Ibrahimovic from the national team. He’s given me good advice. So I’ve got a lot of experience around me which can help me reach the next level.’

Elanga said he had ‘learnt a lot’ despite United’s tumultuous campaign, with the club having failed to win a trophy and being set to miss out on qualifying for the Champions League. 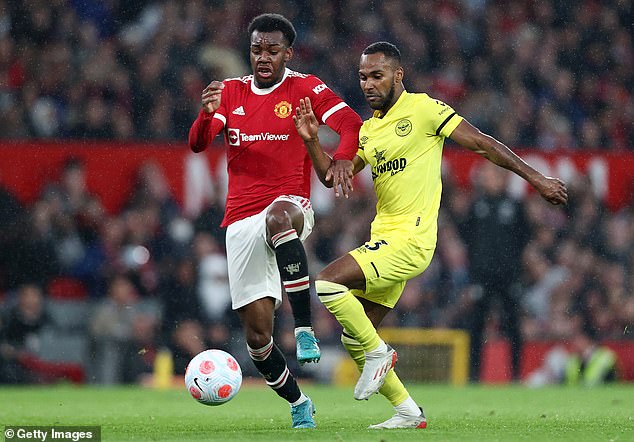 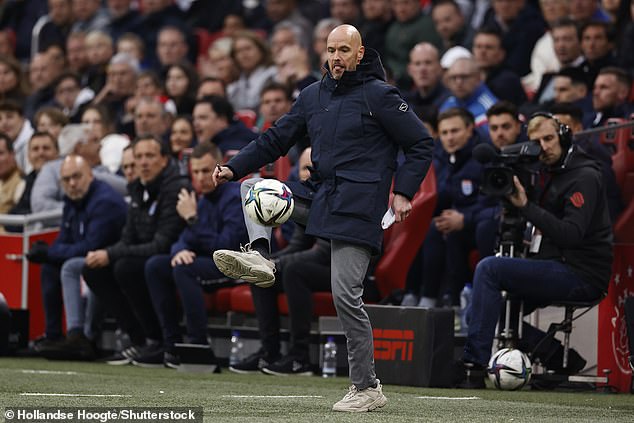 United are preparing to embark on a new era under Erik ten Hag, who was officially appointed manager last month.

The 52-year-old Ajax boss has a proven track record of bringing through youth, and Elanga said he was relishing the chance to work with the Dutchman.

‘His experience in Europe, developing young players like myself and we’ve got other young players coming up. He’ll bring exciting football to Old Trafford,’ said Elanga.

‘It all starts from pre-season and how we take in his instructions and tactics. He’ll be a great addition to the club and I’m really, really excited to work with him.’