Manchester United players arrived home a little bleary eyed after travelling back to the UK overnight after their draw with Sevilla.

Jose Mourinho’s men arrived back at Manchester airport around 3am after holding their Spanish opponents to a 0-0 draw, giving them the upper hand in the last-16 tie.

They had David de Gea to thank for keeping the Liga side at bay, the Spanish No 1 producing a sensational stop to keep out Luis Muriel’s first-half header. 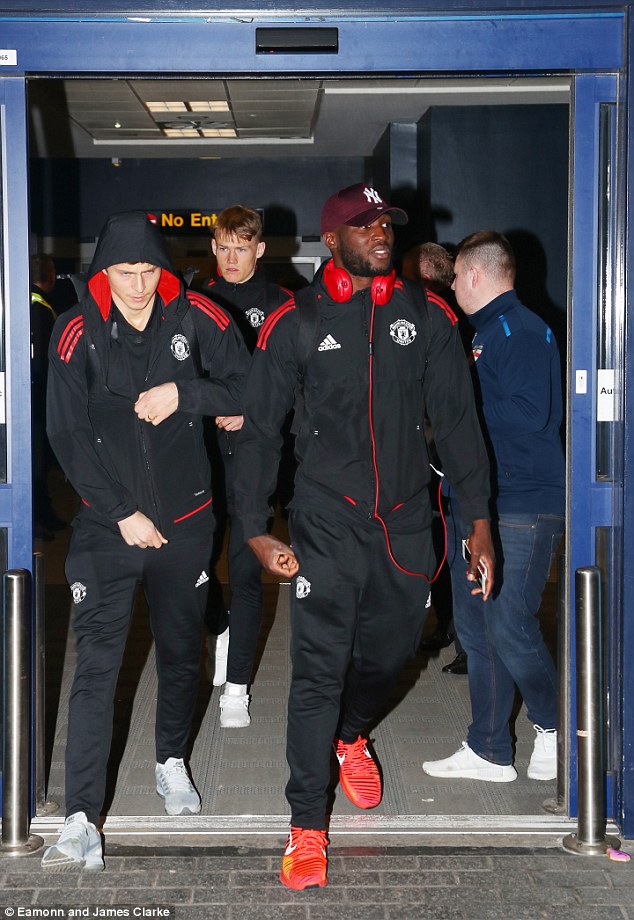 It was another tough night for Romelu Lukaku (right), as he exits with Victor Lindelof (left) and Sam McTominay (back)

He was shepherded out of the airport by security as United made for their team bus and the final leg of their long journey home, while other stars stopped for pictures and autographs with eagle-eyed passengers.

Sam McTominay was hailed by Mourinho for his performance on a tough night for the Premier League side, when the Portuguese’s defensive approach paid off.

It was, however, a more challenging night for the team’s top stars, with Romelu Lukaku struggling to impose himself up top, and Paul Pogba coming off the bench as speculation over his Old Trafford future continues to gather pace.