Manchester United super-sub Anthony Martial admitted he wanted to start more games under Jose Mourinho after scoring his fourth goal of the season from the bench to down Tottenham 1-0.

Martial, who has six goals in total this campaign, replaced Marcus Rashford after 70 minutes and ten minutes later raced on to Romelu Lukaku’s headed flick before beating Hugo Lloris with a slightly mis-hit finish.

‘I want to play, I don’t want to play on the bench but Marcus is doing good too, the manager wants to give us both a chance,’ said Martial.

‘It was important for us to win this game after losing at Huddersfield. I knew Romelu is good with his head and I managed to find the space to score.’

Mourinho clearly didn’t want to go overboard about his matchwinner and described his finish as ‘bad’ and ‘lucky’ while commending his desire to get to the ball.

The United manager said: ‘Sometimes he starts the match and his contribution is good. Maybe he is not scoring as many times as he does coming from the bench but he is playing well, the same as Rashford, the same as Lukaku.

‘Today he scored with a bad shot but a bad shot sometimes can be a beautiful one.’ 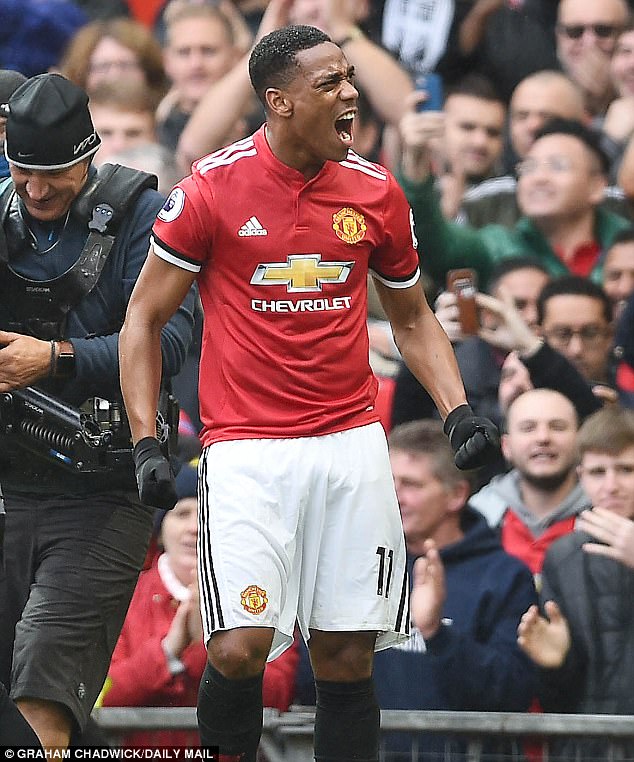