Josh Harris and David Blitzer are weighing up an offer for a minority stake in Manchester United — in a potentially explosive deal that may allow the Glazers to retain a controlling share in the club.

Harris Blitzer Sports & Entertainment are exploring a deal for a minority stake, just months after losing out to Todd Boehly over the deal to buy Chelsea for £4.25billion.

The Glazers remain ‘unclear’ if they are looking for a total sale of United. The Americans suggested in November that they were open to the idea of finally leaving Old Trafford. However, a full takeover isn’t an absolute certainty, as parties step up their interest in the club.

Josh Harris and David Blitzer, pictured in 2013, are considering a minority stake in Man United 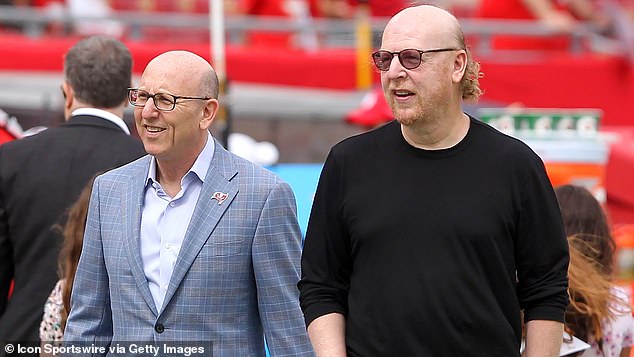 British billionaire Sir Jim Ratcliffe has declared his intention to bid for the club. Acquisition experts maintain the club will sell or be valued at £7bn, a figure that may deter Ratcliffe.

While most United fans want the Glazers to end their controversial 18-year ownership of the club, offers for minority stakes are likely to be put forward due to the hefty price tag. Blitzer and Harris are both 18 per cent shareholders in Crystal Palace and would have to sell if they bought a share of United. 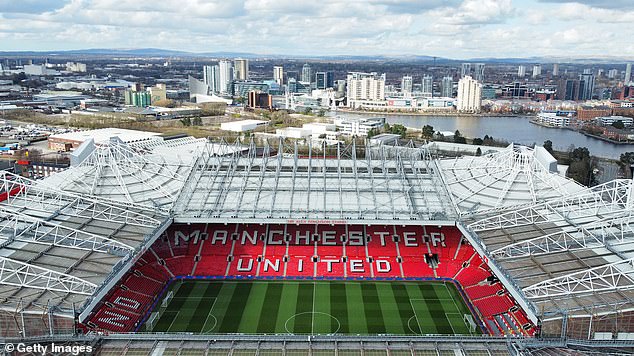 Sir Jim Ratcliffe is among the other bidders for Manchester United, which is valued at £7billion

Previously, US investment firm Sixth Street firmly denied claims they were keen to be involved in a partial purchase of the Manchester club. Sixth Street have strong links with LaLiga giants Barcelona and Real Madrid.

Meanwhile Liverpool are involved in takeover talks with officials representing the Qatar Investment Authority, the sovereign wealth fund of the Gulf nation.

It is understood QIA are open to a full takeover of the Anfield club or acquiring a majority share — but are willing to walk away if an agreement cannot be found.