Manchester United youngsters looking to break through: Meet the five promising starlets… including one dubbed the next ‘Michael Carrick’, a midfield maestro and ruthless finisher

Ole Gunnar Solskjaer may be busy in the transfer market but there are youngsters looking to force their way into the first-team squad during Manchester United’s pre-season.

After a hugely disappointing 2018-19 campaign, which saw them miss out on Champions League football with a sixth-placed finish in the Premier League, there may now well be chances for the club’s young stars to make their moves.

Here, Sportsmail’s Jack Gaughan has taken a look at five youngsters that could have their say in pre-season and beyond…

Solskjaer’s verdict after Chong’s debut against Reading in the FA Cup last January was that ‘he got the crowd going,’ and that is exactly what United’s supporters expect from the 19-year-old.

His direct style, running at and slaloming around defenders from the right wing, has prompted excitement among the fans and he won the young player of the year in 2018.

Solskjaer threw Chong on when United needed a late goal away at Paris Saint-Germain in the Champions League and he positively affected the second leg. The Dutchman was handed two substitute appearances in the Premier League too. 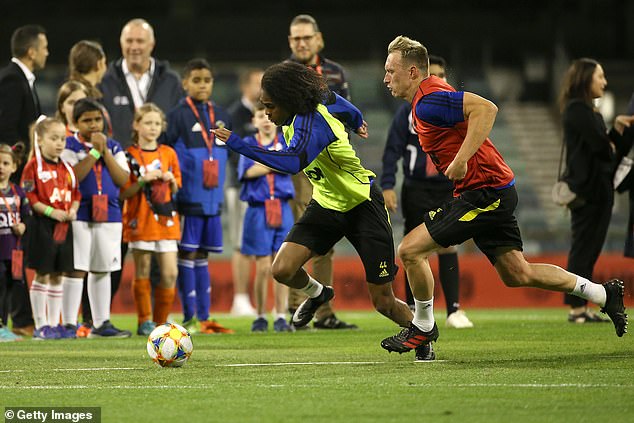 A talented central midfielder who screens the back four and can pick a pass, Garner has come right through United’s academy after joining aged eight.

Expectations are high, with Solskjaer recently comparing him to one of the club’s best midfielders in recent years.

‘Jimmy Garner is a Michael Carrick, but 20 years younger,’ Solskjaer said last season. ‘I’m sure he’ll do well.’ Garner was afforded his debut towards the end of a 3-1 win at Crystal Palace in February. 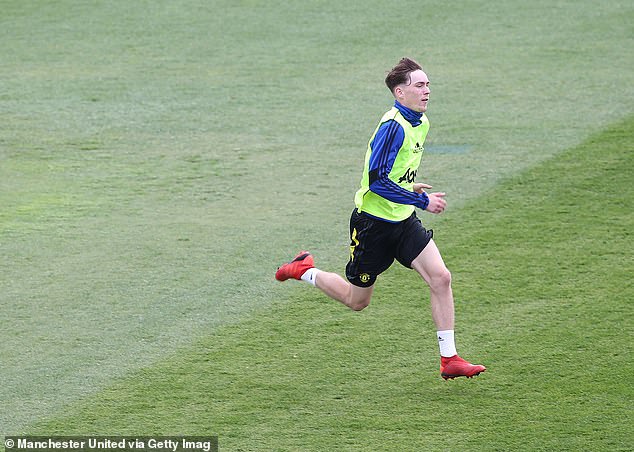 The creative midfielder, who impressed on last year’s tour of the States, has long been a promising talent in the academy. He’s been a focal point of a number of the youth teams, captaining the Under 18s, and has family pedigree.

His dad, Gil, is a retired striker who won the Under 20 World Cup with Portugal in 1991. Gil ended his career playing for Salford and Hyde United.

Nani is the 18-year-old’s godfather and acts as a sounding board with the two in regular contact. Gomes also used to ballboy at Old Trafford. 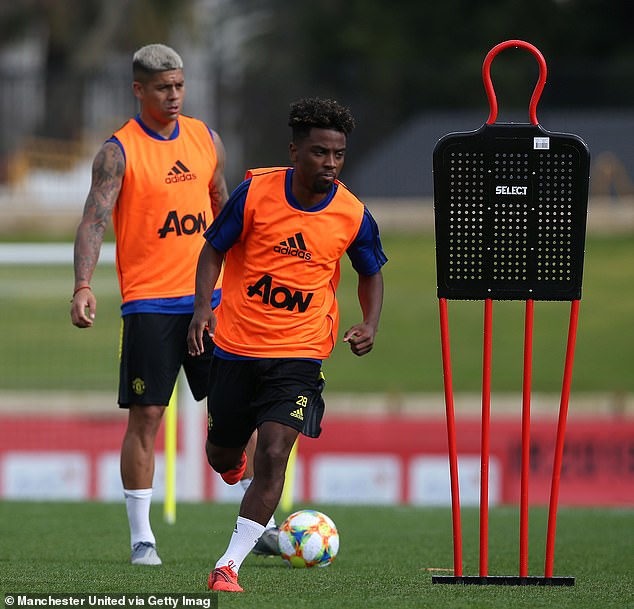 The next great hope from the academy, Greenwood is a ruthless finisher through the middle and United hope he will flourish into a first-team regular.

Not 18 until October, Greenwood already has four senior games under his belt – starting the final day defeat by Cardiff at Old Trafford. Solskjaer has promised more games this term.

‘He could have had five goals against Cardiff but didn’t score. If a striker gets into a good vein of form, he will score goals.

‘Mason will definitely play more games. He has grown over the summer and I think his confidence has grown too after the Cardiff game, as he was our best player.’ 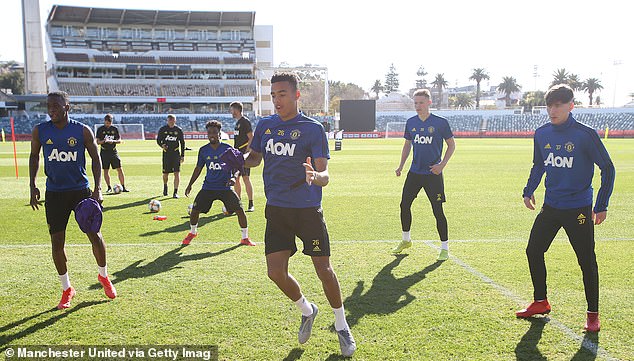 Now 21, the central defender can’t be considered a kid in terms of age. But he still only has eight senior matches under his belt at United so remains a rookie at the club.

Tuanzebe’s stock is rising rapidly, however. The promotion-winning campaign with Aston Villa has been huge in his development and he managed 25 Championship games despite suffering a metatarsal injury in December.

Tuanzebe, who starred in the play-off final victory over Derby County, has signed a new three-year contract at Old Trafford, while Villa are hoping to take him back on loan. 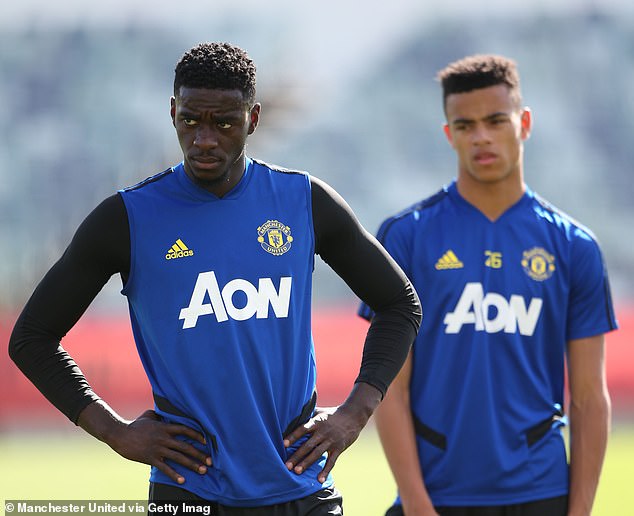