Manchester United’s owners, the Glazer family, have shown interest in buying one of the two new IPL cricket teams.

Sources in India have told Sportsmail the Glazers have collected the tender document for the purchase of one of the franchises ahead of an auction next week.

Buying the invitation to tender (ITT) does not guarantee the American billionaires will submit a bid for an IPL team, valued at more than £300million.

Man Utd’s owners, the Glazers, have shown interest in buying one of the new IPL cricket teams 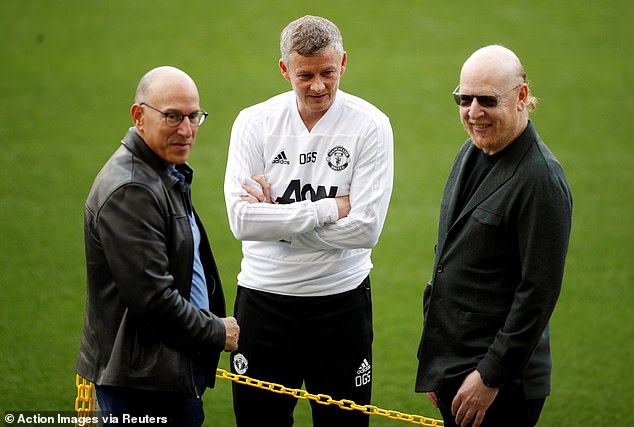 The Glazers (Joel left, Avram right, with Utd boss Ole Gunnar Solskjaer) have collected the tender document for the purchase of one of the franchises ahead of next week’s auction

But they are one of up to 18 parties to express an interest, alongside a number of Indian businesses and CVC Capital Partners, the private equity firm, who have previously invested in rugby’s Six Nations and Premiership.

As well as Manchester United, the Glazer family also own NFL side Tampa Bay Buccaneers and so a cricket team would strengthen their sports ownership portfolio.

Having the owners of United in charge of an IPL franchise would also undoubtedly boost the Premier League club’s profile in India. 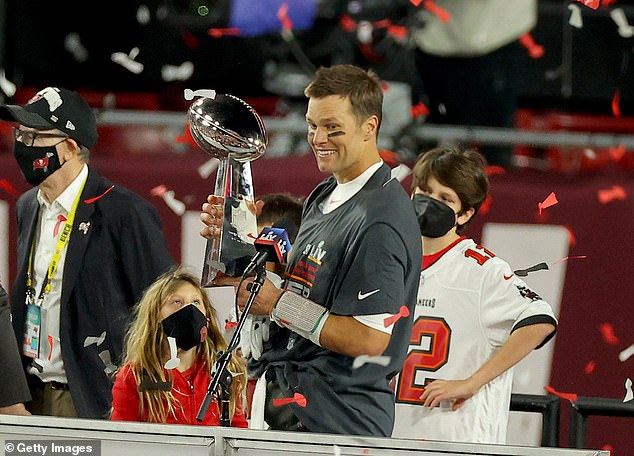 As well as Manchester United, the Glazer family also own NFL side Tampa Bay Buccaneers

The IPL – cricket’s most successful Twenty20 competition – is currently made up of eight teams but is expanding to 10 participants next year. The ITT, which costs around £10,000, was first put out at the end of August and the deadline for purchasing it closed on Wednesday.

Closed bids for the new franchises will then be submitted at an auction currently scheduled to take place on Monday in Dubai with an announcement expected the following day.

The cities shortlisted to host the two teams are Ahmedabad, Lucknow, Indore, Cuttack, Guwahati and Dharamsala.