Manchester United rising star Tahith Chong was reportedly robbed at knifepoint after a masked gang broke into his home in January.

The 22-year-old has been on loan at Championship club Birmingham City this season but missed almost four months earlier in the campaign after suffering a groin injury.

He was at his home in Sale, Greater Manchester, at the time of the burglary, two and a half months into his recovery.

According to The Sun, ‘three balaclava-clad men broke in at 3am while Chong was asleep’ and ‘held blades to his throat’ as they ordered him to give them items including watches and jewellery.

The report adds that the robbers ‘mocked him over his poor security’ and left the Dutch winger ‘extremely shaken’.

Police were called and reportedly warned Chong that his social media may have been monitored by organised gangs looking for indicators of wealth.

The incident, which is said to have occurred on Sunday 16 January, is the fifth reported burglary of a home owned by a Manchester United or City player since Christmas. 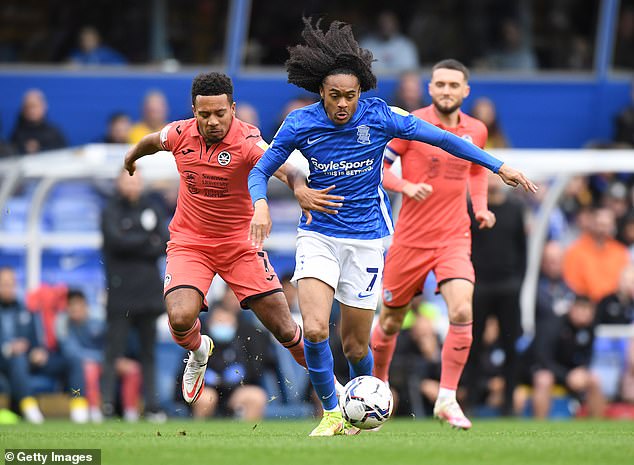 Earlier this month, Paul Pogba revealed that his house was broken into as his two children lay asleep, while he played against Atletico Madrid in the Champions League.

The French midfielder wrote on social media: ‘Last night our family’s worst nightmare was realized when our home was broken into and burglarized while our babies were sleeping in their bedroom.

‘The burglars were in our home for less than five minutes but in that time they took from us something more valuable than anything we had in our home… our sense of safety and security.

‘This occurred during the final minutes of last night’s match when they knew that we would not be home. My wife and I rushed home not knowing if our children were safe and unharmed. 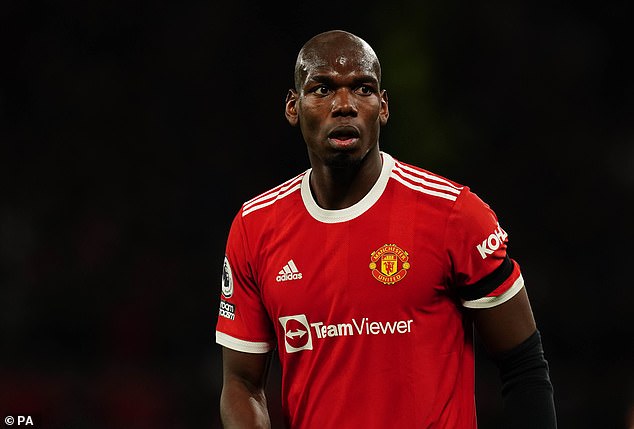 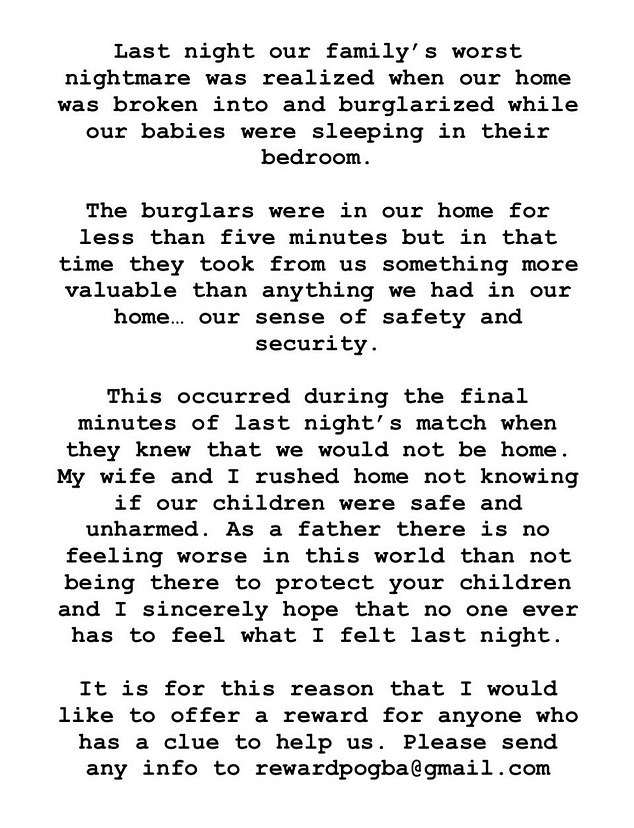 Pogba shared his family’s horrific ordeal on social media, offering a reward for any information

‘As a father there is no feeling worse in this world than not being there to protect your children and I sincerely hope that no one ever has to feel what I felt last night.

‘It is for this reason that I would like to offer a reward for anyone who has a clue to help us. Please send any info to rewardpogba@gmail.com.’

Meanwhile, Victor Lindelof’s home was targeted on January 19 – just three days after the reported burglary at Chong’s house – as he played for United against Brentford in London. His wife Maja and their young family were at the property at the time. 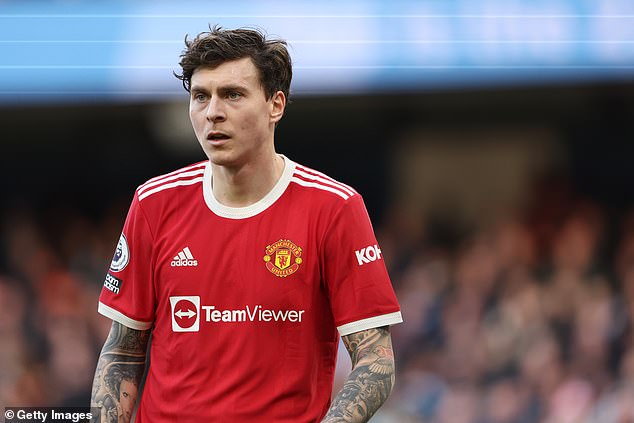 ‘During Victor’s game this Wednesday night we had a break-in at our house in Manchester,’ Maja wrote on social media.

‘We are okay under the circumstances but it was obviously a very traumatic and scary moment for both me and my little kids. We are now in Sweden and are spending some time off with our families. Love, Maja.’