‘Can’t pass a drug test but under the table be good’: Man leaves a VERY honest job application scribbled on a supermarket customer service card

A job application left on a supermarket service board has gone viral, with social media users praising the author for his honesty.

The man named Bruce visited his local Countdown supermarket and left a hilarious note on the customer board.

‘Any jobs our there? I can do anything. Hard worker. Can’t pass a drug test but under the table be good,’ the West Aucklander wrote.

His interest in finding a job might have been similar to others but his honest application ensured he stood out from the crowd.

Bruce seemed to be asking to be paid his salary in cash rather than be taxed as ‘under the table be good’.

The NZ Herald reported that the application was shared on social media and instantly went viral.

One local said: ‘There’s an honest Westie right there and that Westies work hard play hard.’

‘Honesty is something employers look for. And dodging the tax man an added bonus,’ another jokingly commented. 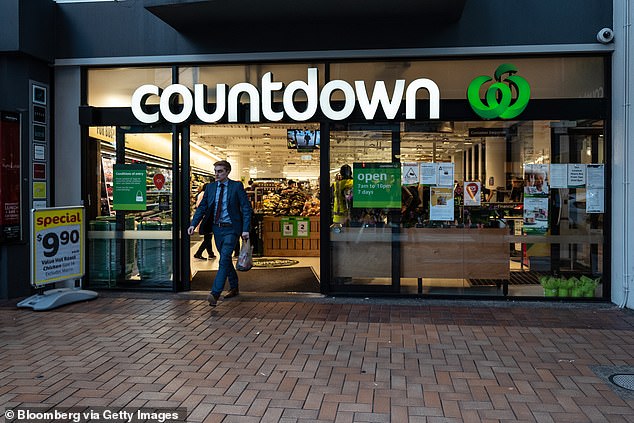 There have been many unique Countdown service cards and this isn’t the first time a card has sparked attention.

In 2016, a father was looking to employ a bully to fight his misbehaving son.

‘My boy’s been a right little s**t’ the last few weeks and I’ve had enough. I can’t hit him but you can!’ he wrote.

‘$100 to anyone who will knock him out in front of everyone.’ 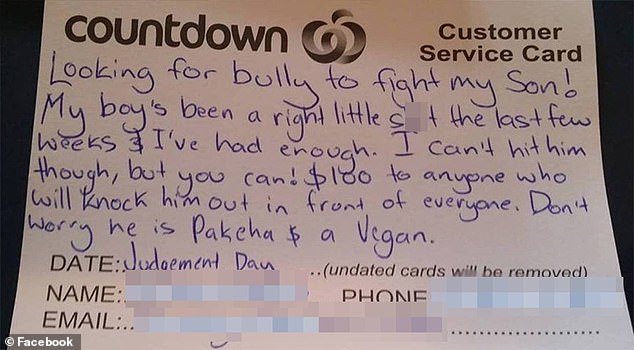