As 2013 drew to a close, Gérard Lhéritier was riding high – a multi-millionaire dealer in rare French manuscripts, he had just acquired the original of the Marquis De Sade’s masterwork, 120 Days Of Sodom.

But just a year later his vast fortune was tied up by the courts, his company was being dismantled, and he was facing 10 years in jail accused of running a $1billion Ponzi scheme – the largest in French history.

Now he has claimed that a longstanding feud with the French government that came to a head over the Marquis manuscript was behind his fall from grace. 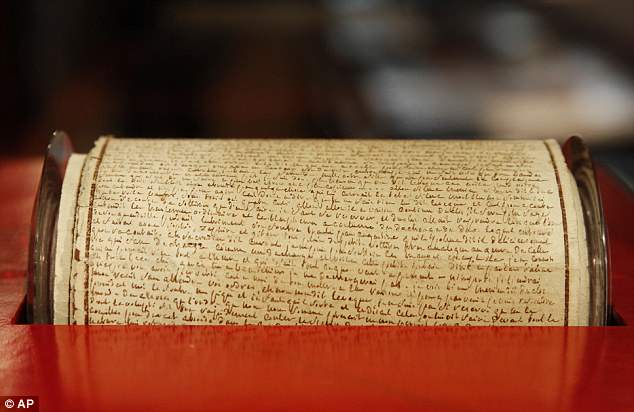 In 2014 he managed to acquire the original manuscript of the Marquis de Sade’s 120 Days Of Sodom, scooping the French government which had tried to buy it the year before

Born as a working class boy in northern France, Lhéritier earned his vast fortune relatively late in life thanks to his interest in rare books and letters.

His idea was to acquire the works before breaking the ownership up into shares which could then be bought by investors.

Buyers would hold the stock for five years while he displayed the works in a museum in Paris, increasing their value, after which they could offer the shares back to him at the inflated price. 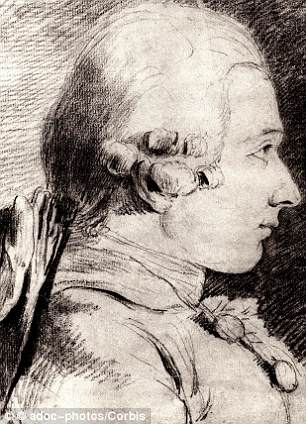 The Marquis wrote his work, described as ‘the most impure tale ever written’, while in jail in 1785 on the orders of his mother

In 1990 he found a company called Aristophil and in 2002 he bought his first major work, a collection of letters by Albert Einstein discussing the theory of relativity.

From there Aristophil took off and by 2013 Lhéritier was the owner of the largest private collection of manuscripts and letters in France, at 130,000 pieces.

Along the way he had manged to make enemies of other dealers, who found his business model offensive, but also – according to an interview Lhéritier gave to Esquire – former French culture minister Aurélie Filippetti.

He told the magazine that the pair had fallen out over a set of Charles de Gaulle letter he had purchased, which Filippetti had claimed belonged to the state.

In 2014, Lhéritier managed to buy the Marquis manuscript for $10million from its Swiss owner after a deal with the French government fell apart the year before.

He offered the National Library a chance to display it, after he had kept it for up to seven years in his own museum, in return for a reduction in his tax liabilities. 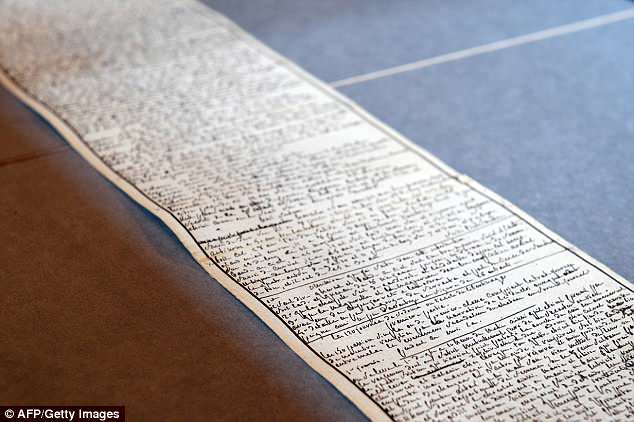 Lhéritier claims a long-running feud with the government, and in particular former minister of culture Aurélie Filippetti, led to the destruction of his company so they could reclaim the work 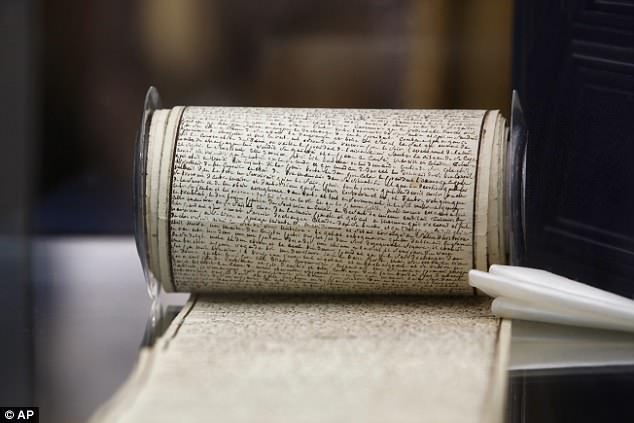 After Lhéritier’s company was dismantled the French government declared the manuscript a national treasure, meaning it had to be removed and sold to them for a fair-market price

But the Ministry of Culture, still under Filippetti refused to back the deal. Two months later, the police were at Lhéritier’s door.

‘Filippetti and some malicious prosecutors thought that the manuscript would be submitted free of charge after Aristophil’s destruction,’ Lhéritier said.

‘They placed a bomb in the heart of Aristophil and its museums, and it exploded.’

In fact the manuscript was due to be sold at private auction in December last year, but two days before it went under the hammer, it was declared a national treasure.

The ruling meant that it had to be withdrawn from the auction while the state works to negotiate a fair-market price – likely less than the $10million Lhéritier paid.

A selection of his other works were sold off for well under the asking price, putting his investors at risk, and effectively ruining his business.

Lhéritier, meanwhile, is now facing 10 years in jail, though he denies all charges and is confident he will avoid prison time.

However, he does believe that the Marquis manuscript is cursed, and led to his downfall.

‘Maybe if I hadn’t touched the manuscript, Aristophil would still be here,’ he said.