Dozens of people are feared to have been injured in the French Riviera resort of Cannes as hundreds fled after false reports of a gunman on the loose.

There were reports of gunfire shortly after midnight in the seaside town, which is known around the world for its annual film festival.

But as a spokesman for the emergency services reported ‘many people injured’, local Mayor David Lisnard said it was all because of a false alarm.

People dashed for cover, pictured left, as armed police, pictured right, were seen on the famous Croisette in Cannes

Mr Lisnard tweeted: ‘According to information recorded by the forces of law and order, three was no gunfire in Cannes nor a trapped intruder, but a collective madness after an individual shouted ‘gunfire’.

Despite this, armed police were seen on the famous Croisette, and especially around the Carlton Intercontinental Hotel.

Groups of men, women and children were seen running in panic while screaming, and many are thought to have hurt themselves as they tried to make themselves safe.

Tonight’s incident follows a series of bomb, gun and knife attacks carried out by Islamic State and al-Qaeda operatives in France, dating back to early 2015

The deadliest single terrorist attack ever in the country came in November 2015 when 130 people were killed in Paris. 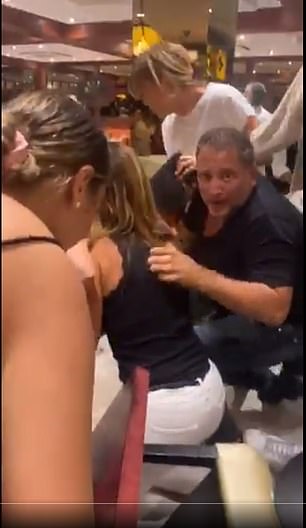 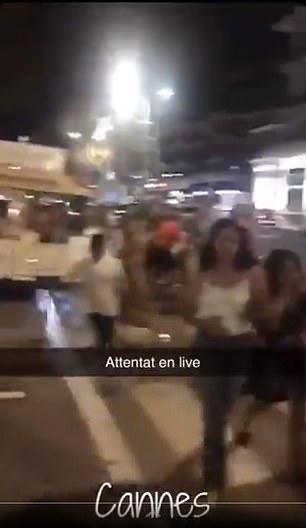 Groups of men, women and children were seen running in panic while screaming, pictured left and right, and many are thought to have hurt themselves as they tried to make themselves safe 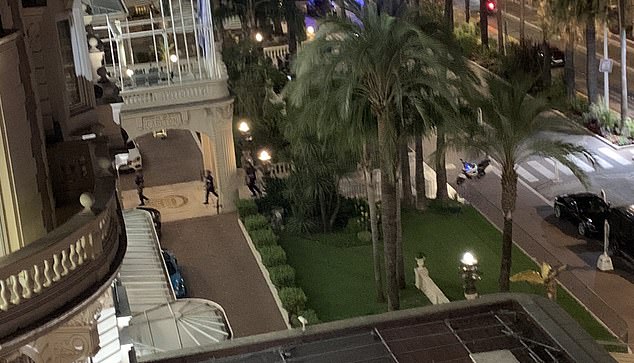 Earlier in the year, two Paris-born gunmen linked to Al-Qaeda broke into the offices of the Charlie Hebdo satirical magazine, leaving 17 people dead inside and three outside.

In July 2016, 86 people were called and more than 400 injured when a 19-tonne truck was deliberately driven into crowds on the seafront promenade at Nice, which is just 20 miles from Cannes.

The terrorist turned out to be a Tunisian immigrant who was shot dead by police.

During the same month, two Isis terrorists murdered an 86-year-old Catholic priest during a church service in Normandy.

In October of last year, a radicalised computer operative working at the Paris Prefecture stabbed four of his colleagues to death.

The attacker – who was also shot dead – turned out to be a Muslim convert who kept extremist Al-Qaeda and Islamic State literature and images on his computer.