Manziel throws in front of scouts from 12 teams

In hopes of returning to the NFL after years of battling substance abuse problems, quarterback Johnny Manziel threw in front of scouts from 12 league teams on Thursday at the University of San Diego.

The 2012 Heisman Trophy winner last played in the NFL with the Cleveland Browns in 2015 after being selected by the team in the first round of the 2014 draft. Along the way he developed a reputation for partying and appeared to develop an outlandish ego, even referring to himself as ‘Money Manziel.’

Manziel, who said he has been diagnosed as bipolar, now claims that he is finally sober.  He also recently got married to his longtime girlfriend, Bre Tiesi.

‘I would sit here today and say that I’m a different person than I was in the past,’ Manziel told San Diego’s NBC affiliate. ‘I know I rubbed people the wrong way. 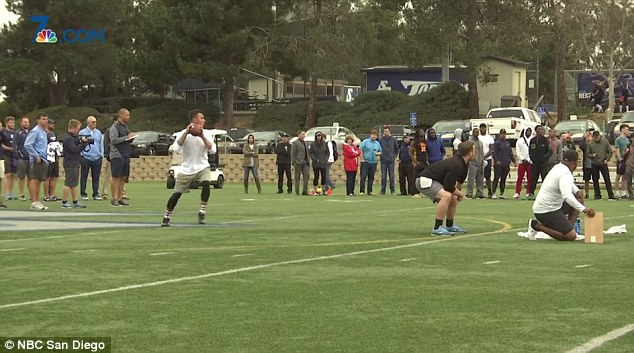 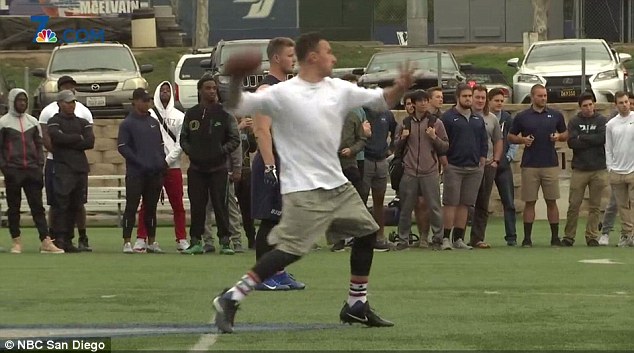 Manziel felt he is throwing the ball well, and would be ready for an NFL or CFL training camp

‘I feel like if I can parlay that into enough months and enough time, people will be able to buy into that and trust that I’m not just trying to pull a fast one to try and back into the NFL,’ he continued. ‘I feel like I genuinely have the right team around me and the right people around me and a wife that cares about me and loves me enough to save me from myself. Because of at the end of the day, I feel like that’s the only person that I only need saving from – I fall back in that hole some times.’

The Browns were among the teams in attendance as Manziel made 38 throws in a light rain, reportedly only missing his intended receiver on two of his passes. 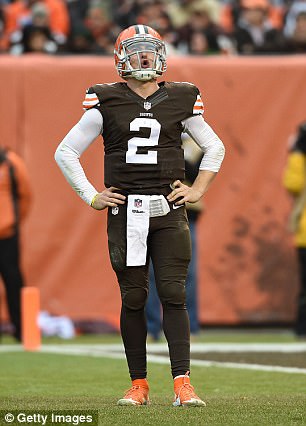 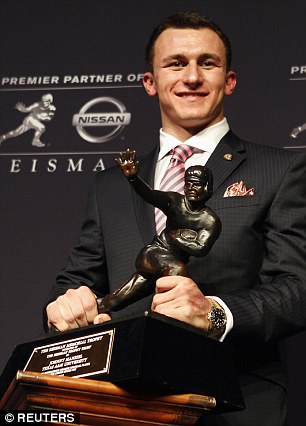 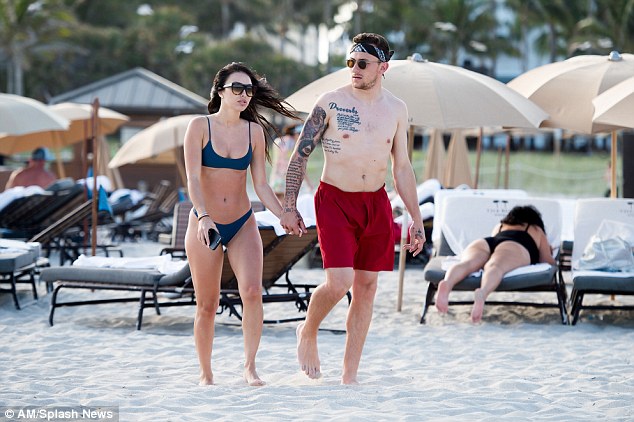 ‘Maybe they’ll see some things different than they were in the past,’ he continued. ‘Maybe I won’t come off as entitled or arrogant or cocky or whatever it was in the past that may have rubbed some people the wrong way. I feel like I’m slowly but surely trying to figure out where I’m at in my life and putting the right steps in front of me to do the right thing.’

Ben Brunnschweiler, the school’s director of football operations, told USA Today that Manziel has been working out recently with Torero players. The pro day was scheduled on behalf of four San Diego seniors, including receiver Justin Priest and tight end Ross Dwelley, so Manziel’s participation also served to help the prospects.

It was believed to be his first appearance in front of scouts since Manziel’s time with the Browns. He was released in March 2016 after numerous off-field issues and a suspension under the NFL’s substance abuse policy. 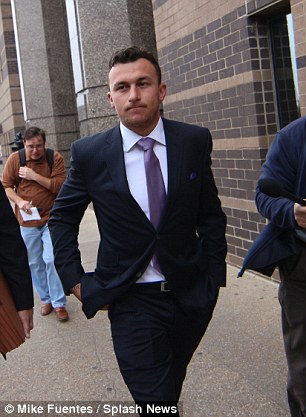 Manziel (seen here leaving a Dallas courtroom) had agreed to attend a court approved rehab program, anger management classes and to cut off contact from his ex-girlfriend following an altercation with the woman back in January on 2016

Manziel has been working recently with quarterback trainer George Whitfield.

He recently worked out for the Hamilton Tiger-Cats of the Canadian Football League, but did not signed a contract with that franchise. He claims he has a standing offer from the CFL, but is holding out for a return to the NFL.

‘I have an opportunity on the table to go play in the Canadian Football League if that’s what we see fit,’ he said. ‘That’s there. That’s not going anywhere, so I can sit here and not be frustrated because at the end of the day, sometime around whether it’s in July or August or in September I’ll be back on a football field, whether it’s in Canada or whether it’s here.’

In February the 25-year-old Manziel, who admittedly battled drug and alcohol issues as well as his own bipolar disorder during his brief NFL career, signed to play in The Spring League, which will run in his native Texas in March and April.

Manziel was previously in a two-year relationship with Colleen Crowley, who he is accused of hitting, kidnapping and threatening to kill following a night of partying in January 2016.

The Dallas County district attorney’s office agreed in December 2016 to drop charges against Manziel if he took an anger management course, listened to victims of domestic abuse speak at an impact panel and attended a rehab facility for drug and alcohol abuse.

Crowley claimed in court papers that Manziel hit her so hard during the incident that she lost hearing in her left ear. 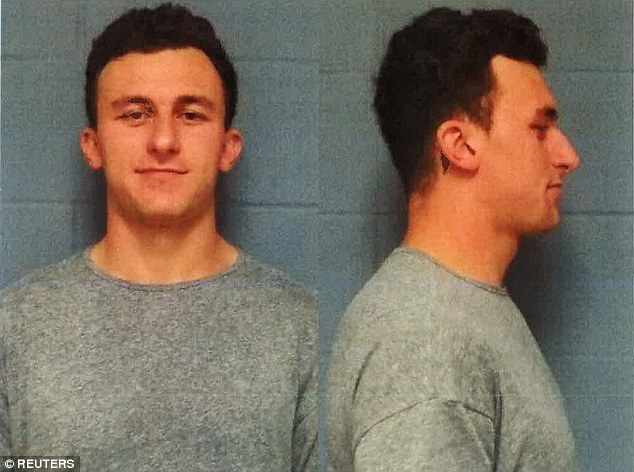