Mar-a-Lago on lockdown as Trump family arrives on holiday

A portion of the First Family were pictured at President Trump’s Mar-a-Lago resort just days before Christmas.

Trump’s son, Eric, and his wife, Lara, arrived to the lavish Palm Beach, Florida estate Wednesday alongside their dog and security.

The pair appeared cool and casual as they sported tees and shorts while strolling across the club’s green.

Eric Trump and wife Lara are seen walking the grounds with their dog and security at Mar-A-Lago in Palm Beach, FL. on Wednesday, December 20 before Christmas 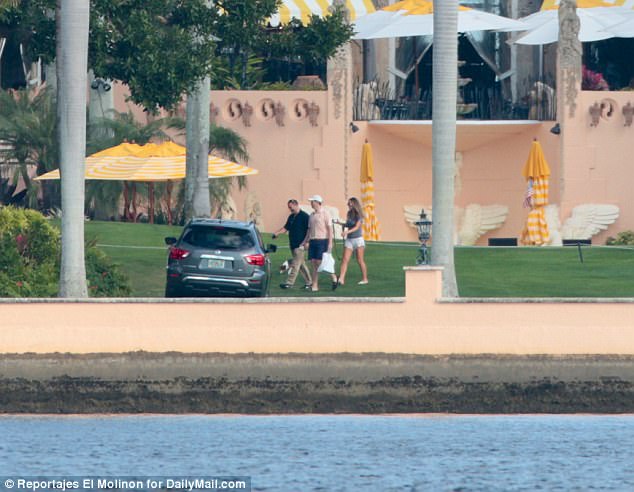 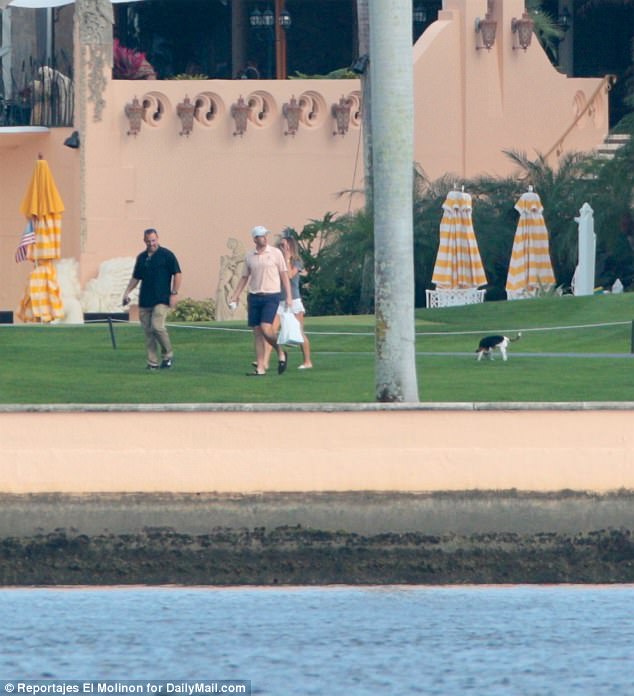 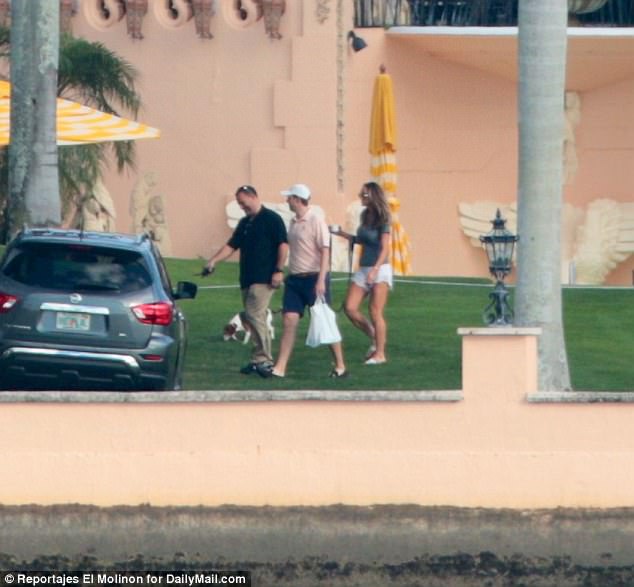 While there has been no confirmation yet on President Trump’s travel plans, the Federal Aviation Administration issued an alert for ‘VIP Movement,’ beginning Friday 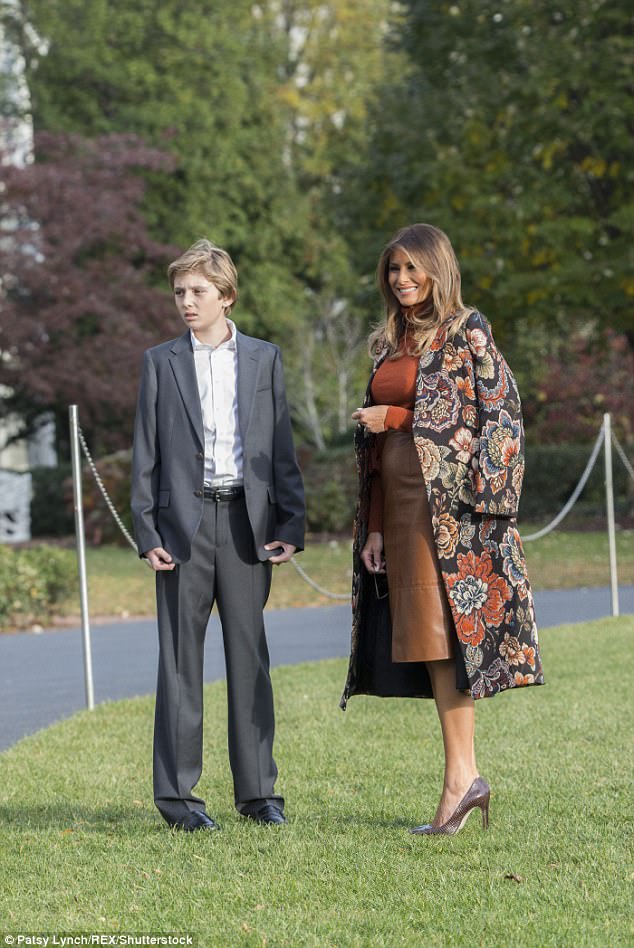 First Lady Melania and son Barron wait for President Trump on the South Lawn of the White House as they prepare to leave for their Mar-a-largo in November. They were seen Tuesday at the resort 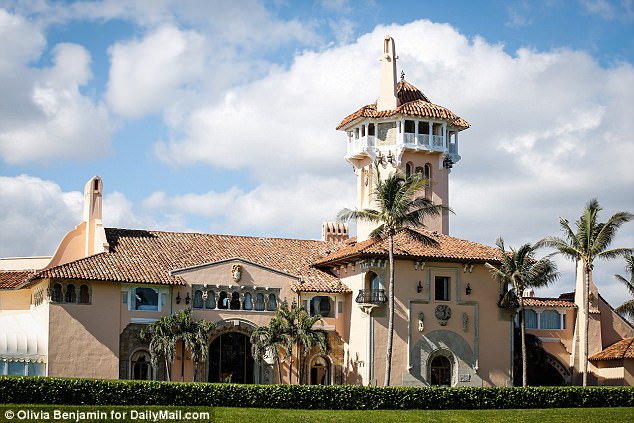 It’s currently unclear whether Ivanka, Jared and the couple’s three children plan to join the family.

The pair were seen arriving back to their Kalorama Heights home from the White House Wednesday.

While there has been no confirmation yet on President Trump’s travel plans, the Federal Aviation Administration issued an alert for ‘VIP Movement,’ beginning Friday and ending New Year’s Day, the Palm Beach Daily News reports. 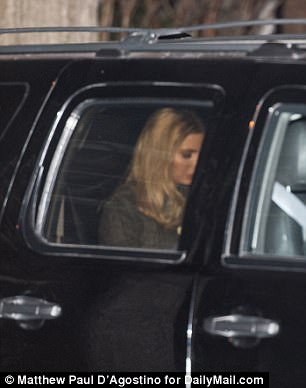 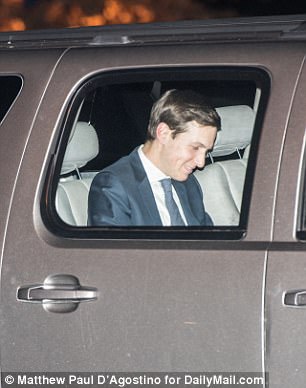 It’s currently unclear whether Ivanka, Jared and the couple’s three children plan to join the family

Roughly 200 people were in attendance to the engagement, where the economic policy analyst educated the audience on the bill.

‘Florida is a huge winner of this tax bill,’ he said. ‘A lot more northeasterners are coming in the years ahead and I think that’s going to be good news for property values here, commerce here and sales.’

The newspaper reports of the speech that Trump and Moore, who have been working together for nearly two years, have discussed the reform.

‘Every time we talked about it, (Trump) would say ‘make sure it’s for the small business too,’ he said. 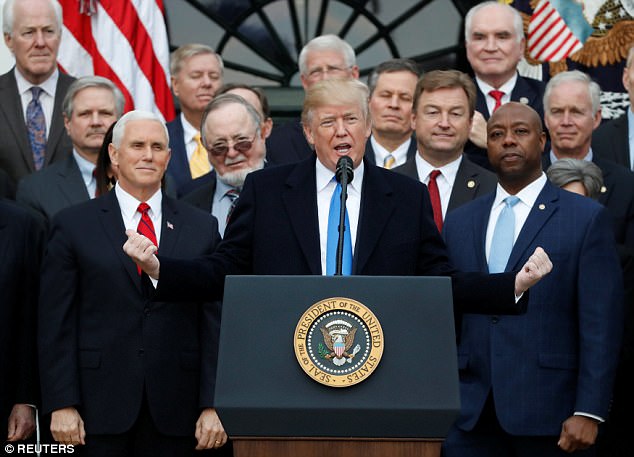 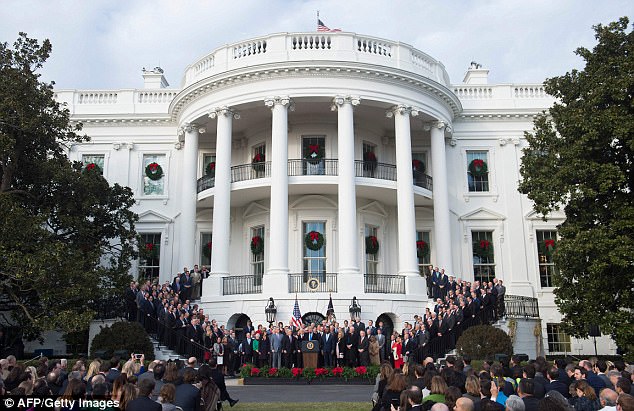 ‘He used to always say, I want to make sure this is not a tax cut for rich people like me.’

He added: ‘At this stage, there is no reason to keep debating the effect. It’s going into effect and we will now have a laboratory experiment to see whether it works.

‘If it doesn’t work, then I’ll be the first to admit it.’