Marc-Andre ter Stegen defends decision to publicly criticise Barcelona over inconsistent form despite Ernesto Valverde’s disapproval: ‘If improvements can be made, we must acknowledge them’

Marc-Andre ter Stegen has defended his recent comments regarding Barcelona’s inconsistent form despite Ernesto Valverde publicly admitting that they had angered him.

Ter Stegen said that Barcelona needed to improve several aspects of their game and called on his team-mates to be more ruthless in front of goal.

Barcelona boss Valverde hit back at Ter Stegen’s remarks, insisting that matters should be dealt with internally and remain private.

However, the 27-year-old has stood by his decision to voice his concerns, telling German newspaper Bild:  ‘It is always important to be self critical.

‘That should be the case after every game, regardless of whether you win. If improvements can be made, we must acknowledge them. 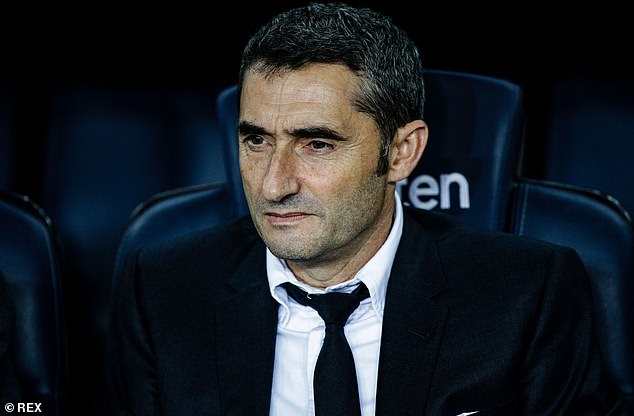 Ter Stegen is currently away on international duty with Germany for their Euro 2020 double header against Belarus and Northern Ireland.

Joachim Low’s team can secure qualification to next year’s tournament by picking up four points from their next two fixtures.