Marco Pierre White’s troubled son was arrested after allegedly smashing windows during a heated row with his father.

Big Brother star Marco Jr is said to have threatened assault at the Rudloe Arms, a posh country hotel near ­Corsham in Wiltshire where he is currently living.

The 23-year-old was then dragged ‘kicking and screaming’ to a nearby police station, where he spent the night.

It is understood that staff at the Rudloe Arms frantically called 999 at 4pm on Wednesday during a blazing argument between Marco Jr and his father. 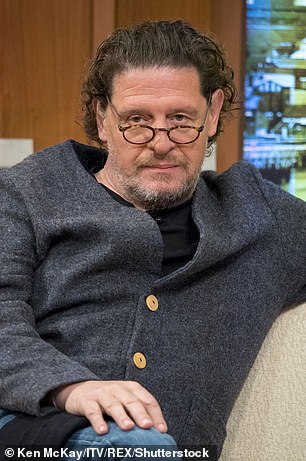 Marco Pierre White Jr (left, pictured last month) is believed to have had a blazing row with his father (right) on Wednesday afternoon

According to The Sun, he told police officers ‘you can f*** off now’ after they arrived at the scene to find him pacing outside the venue while chatting on his phone.

Celebrity chef Marco Sr is himself known for having an ill-temper, making his name as a fiery TV host on Hell’s Kitchen.

A source told the newspaper: ‘His son has been living at the Rudloe for a while but it’s highly stressful.

‘He rows with everyone — his dad, his brother, the staff… he would row with the cat if there was one.’

A spokesman for Wiltshire Police told MailOnline: ‘I can confirm we were called to the Rudloe Arms at 4pm following reports regarding a man causing issues for staff at the venue.

‘Officers attended and a 23-year-old man was arrested on suspicion of Section 5 public order and criminal damage. He has been released on conditional bail.’

Representatives of Marco Pierre White Sr have been contacted for comment by MailOnline. 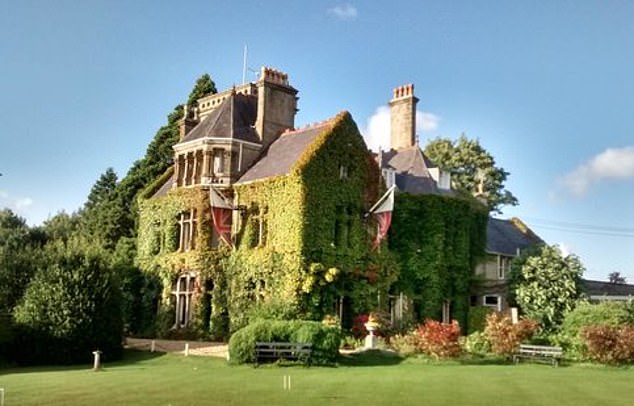 Big Brother star Marco Jr is said to have threatened assault at the Rudloe Arms (pictured), a posh country hotel near ­Corsham in Wiltshire where he is currently living