Maria Exposto may still be executed for drug trafficking

An Australian grandmother acquitted of drug trafficking may still face the firing squad as prosecutors appeal her not guilty verdict.

Maria Elvira Pinto Exposto was caught with 1.5 kilograms of meth in her bags at Kuala Lumpur airport in 2014 en route to Melbourne.

The 54-year-old was on Wednesday found not guilty by a Malaysian court after a judge ruled she unknowingly carried the drugs after being scammed. 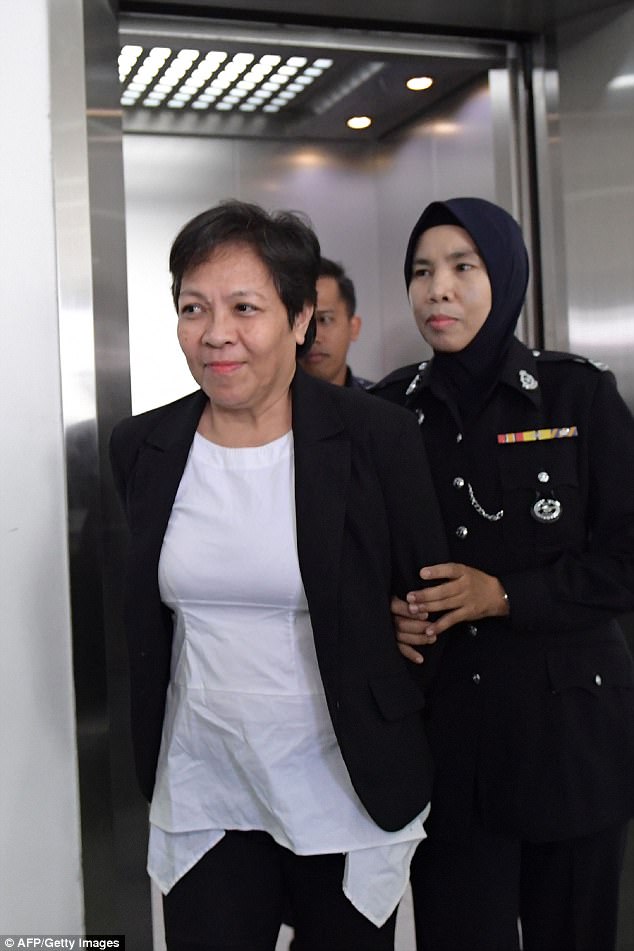 Maria Elvira Pinto Exposto (pictured), 54, was caught at Kuala Lumpur airport on route to Melbourne with 1.5 kilograms of methamphetamine in her bags

But prosecutors say they will appeal the verdict and have two weeks to file documents disputing the judge’s decision.

An appeal would keep Ms Exposto in Malaysia for several months and give her the death penalty if it is upheld by a higher court.

Malaysia is amending laws that no longer bind judges to hand down mandatory death sentences for drug mules.

That law has not yet been gazetted, however, and therefore Ms Exposto would have faced a mandatory death sentence if convicted. 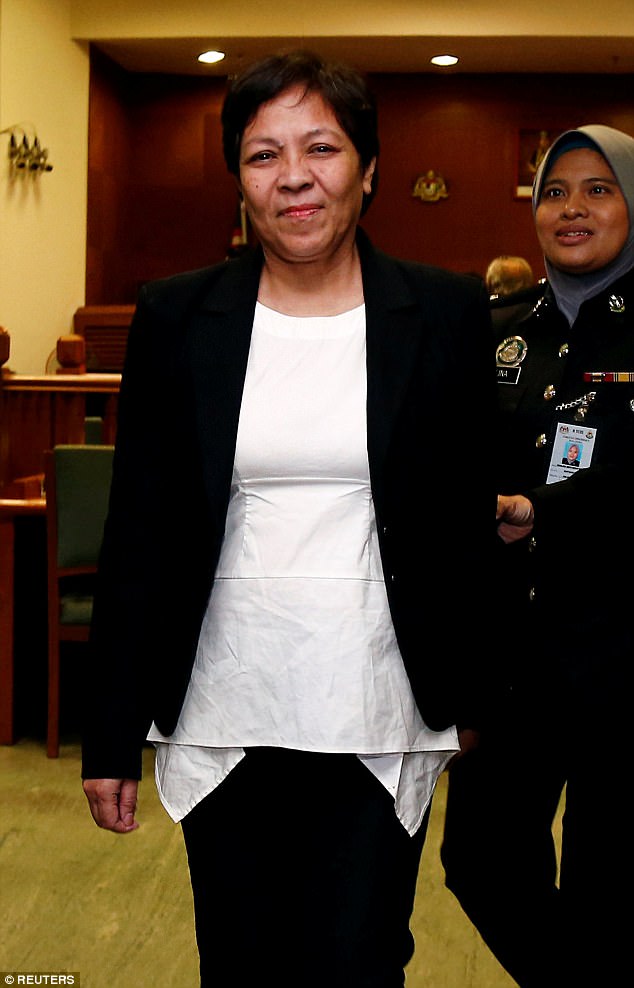 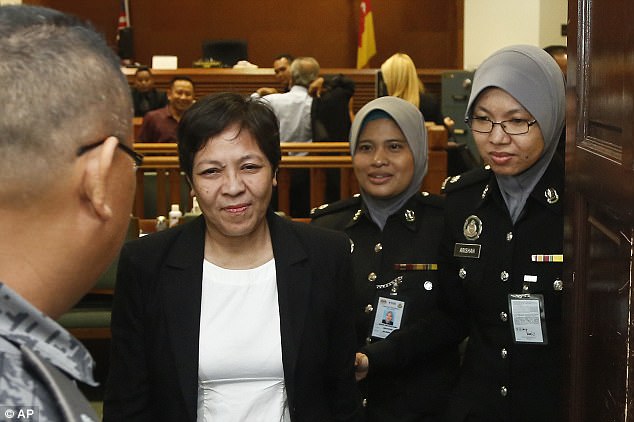 Ms Exposto was to be processed by Malaysian immigration authorities for deportation after the three-year ordeal.

Her lawyer Muhammad Shafee Abdullah said that immediately after the verdict Ms Exposto ‘was relieved and glad that justice found in her favour. She was more thrilled to be able to call her family in Australia.’

Her long-awaited reunion will instead be delayed, perhaps permanently, dampening the excitement of her brother Hugo

‘We were just waiting for it. Once the judgment was out, I was very relieved and happy,’ he told Nine News after the verdict.

‘We’re waiting for her. Me and my family have already spoken to her, we’re very excited.’ 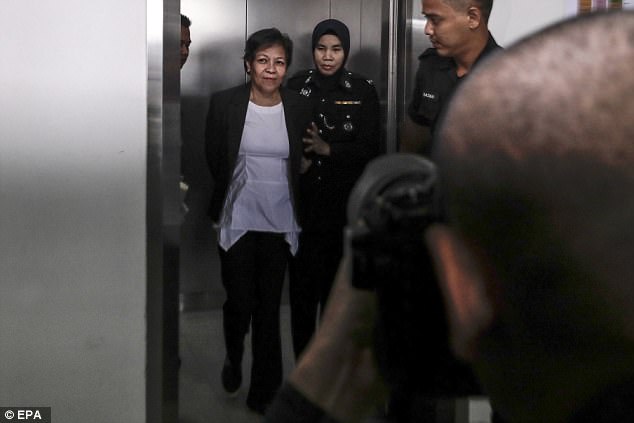 Co-lawyer, Farhan Shafee said expert testimony from Monica Whitty, cyberpsychologist from Warwick University in the UK, was key to the judge’s finding (pictured is Ms Exposto arriving at the court) 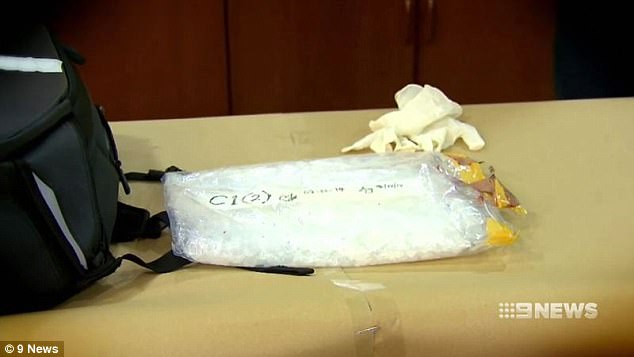 Pictured are the drugs found in Ms Exposto’s luggage at the airport in Kuala Lumpur, Malaysia

Ms Exposto’s lawyers argued throughout her trial she had fallen for a complex online romance scam that tricked her into believing she was in a two-year-relationship with a US Army officer.

Ms Exposto was told ‘Captain Daniel Smith’ was leaving the military and needed her to pick up his discharge papers and take them to the U.S embassy in Australia.

She flew to Shanghai and received a bag from his ‘friends’ she thought contained the papers and clothes, but had the drugs hidden in the lining.

‘She was tricked into carrying the bag by the internet scam, what we call the internet romance,’ said Ms Exposto’s lawyer Muhammad Shafee Abdullah after the ruling.

‘Over and above this the judge also said that the circumstances at the airport itself was described by the judge as overwhelmingly in her favour.

‘Because the judge described her as ‘naive’, not merely innocent but naive.’ 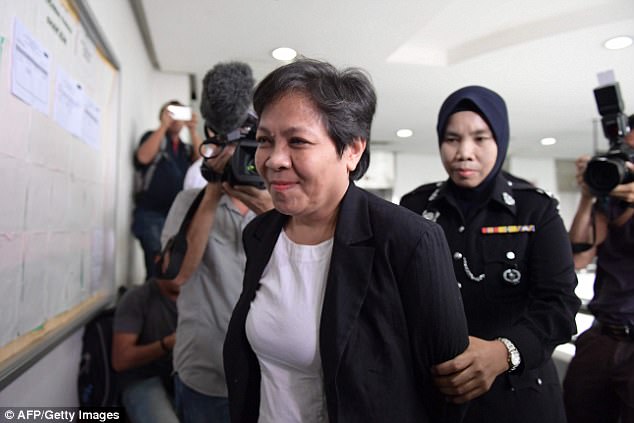 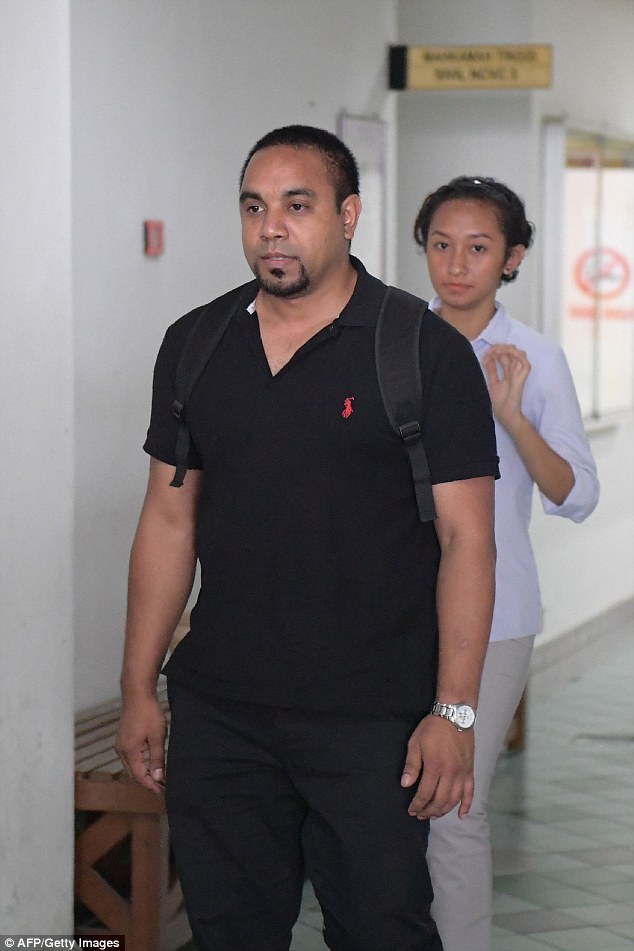 At her layover in Kuala Lumpur airport, Ms Exposto mistakenly went through immigration despite being a transfer passenger, where the drugs were discovered.

‘It was almost as though she asked for trouble as a trafficker,’ Mr Shafee said.

‘But because she was not a trafficker, because she is an innocent carrier, tricked into carrying a bag, she did all these innocent things.’

Co-lawyer, Farhan Shafee said expert testimony from Monica Whitty, cyberpsychologist from Warwick University in the UK, was key to the judge’s finding.

She gave evidence that the four stages of a cyber crime had been committed by scammers preying on Ms Exposto.

The first stage is to find a lonely victim, secondly an ideal person is presented – in this case a US officer. 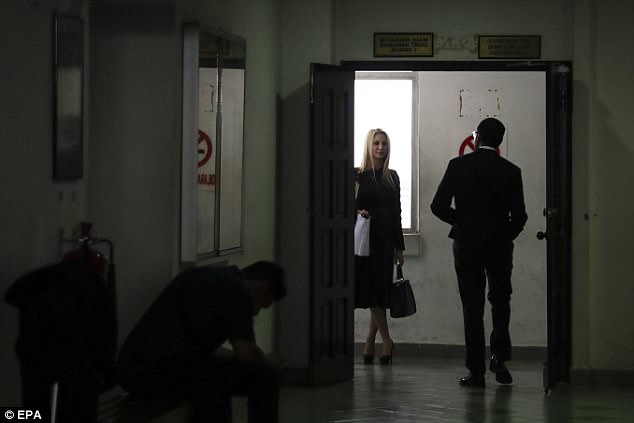 Tania Scivetti (pictured, centre), one of the lawyers of Australian defendant Maria Elvira Pinto Exposto, is seen outside a courtroom at the high court in Shah Alam, near Kuala Lumpur

The third stage is the grooming, which for Ms Exposto was a two year online relationship.

The final stage is to create a crisis – ‘Captain Smith’ needing Ms Exposto to deliver his discharge papers so they could get married.

‘He [Smith] made me feel loved, he made me feel wanted,’ Ms Exposto told the court, adding that the alleged US serviceman would send her photos of himself.

‘Smith would sing to me a few times a day and send love poems as well,’ she added.

Ms Exposto said Smith had also asked to marry her in September 2013 at a time when her relationship with her husband was getting ‘a bit sour’.

‘There are probably thousands, mostly women, who have been conned into similar situations. Captain Daniel Smith is one of the many scammers,’ he said.

Two Australians were hanged in Malaysia in 1986 for heroin trafficking – the first Westerners to be executed in the country.