Maria Menounos is urging the public not to dismiss symptoms as merely ‘work stress’ as she did prior to her brain tumor diagnosis.

The 40-year-old Sirius XM host revealed in July 2017 that she had a mass the size of a golf ball and that she’d undergone surgery to remove it.

In a recent appearance on Fox News Radio, Menounos said she was experiencing symptoms like headaches and blurry vision, but she brushed them aside – particularly because she was channeling all her energy into caring for her mother, who had stage 4 brain cancer.

‘I wasn’t listening to my body. Any time my body would scream and make noises, I’d be like: “Shut up body, I’m busy”,’ she told Brian Kilmeade.

‘I was getting headaches, my vision was going a little blurry…But I swear, God made these things happen loudly so that I would see what was happening.’

Maria Menounos, 40, opened up about learning she had a brain tumor while her mother was battling stage four brain cancer on Fox News Radio with Brian Kilmeade 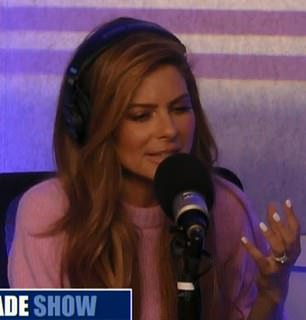 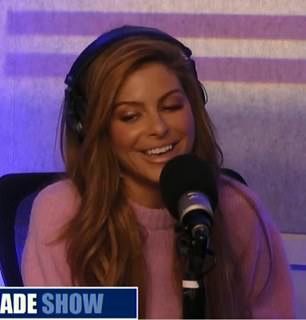 The 40-year-old Sirius XM host revealed in July 2017 she had a tumor the size of a golf-ball and that she’s undergone surgery to remove it. But she admitted that ignored symptoms like headaches and blurry vision because she was so busy. Pictured, left and right: Menounos on Fox News Radio

Menounos told Fox News Radio that she had so many responsibilities that she didn’t have time to get herself checked out.

Menounos said she went to a doctor at UCLA Medical Center in February 2017 and told him that, because she was experiencing ear pain, she thought she had a ear infection.

Not convinced, he asked her if she had any other symptoms.

‘As I listed the symptoms, I said: “Oh my God, I think I have a brain tumor like my mom, but I know you are going to think I’m crazy”,’ she said.

Menounos, a former host of E! News, was diagnosed with meningioma, which is a tumor of the meninges, which is the tissue that surrounding the brain and spinal cord.

However, it is classified as a brain tumor because it puts pressure on cranial nerves. The tumor generally forms in the head and about 85 percent of cases are benign.

Because the tumors are slow-growing, a patient can live with a meningioma for years before it’s spotted.

If the tumor is asymptomatic, doctors may recommended regular monitoring with brain scans.

However, if the tumor is growing or symptom s begin to develop, patients mar require surgery to remove all, or most, of the mass.

If the tumor is cancerous, radiation may be used to kill cancer cells or on parts of the mass the surgeon was unable to remove. 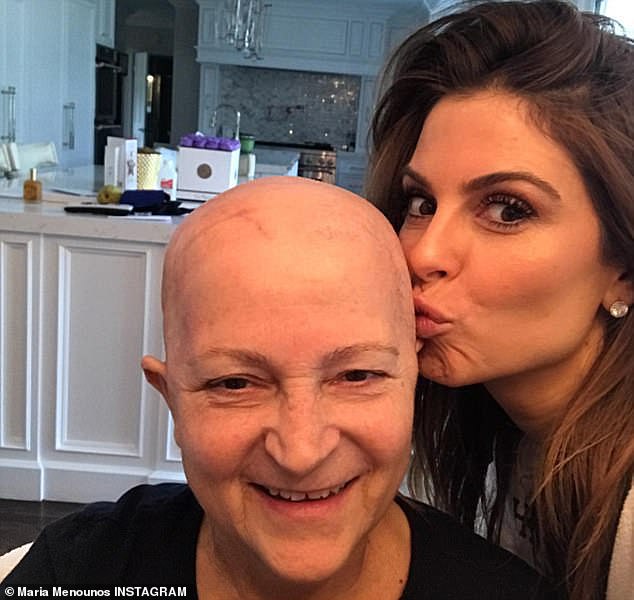 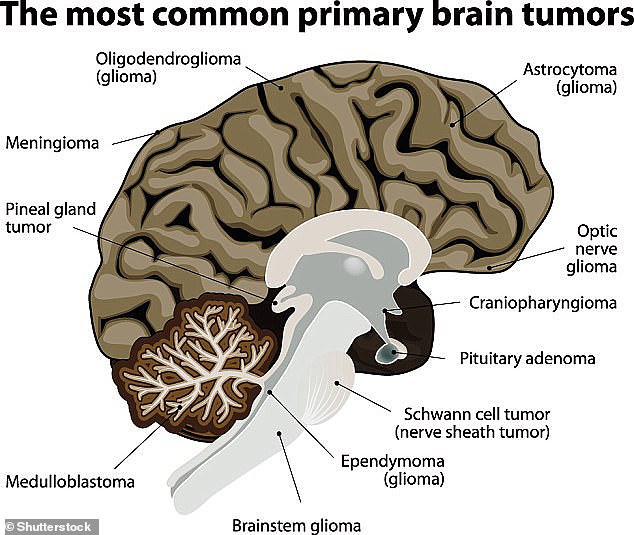 The former E! News host’s tumor is called a meningioma and is a tumor of the meninges, which is the tissue surrounding the brain and spinal cord

Also known as glioblastoma multiforme, this is a rare, aggressive type of brain tumor that is found in the brain or on the spinal cord.

They form from star-shaped cells in the brain known as astrocytes and make their own blood supply, allowing them to grow quickly.

Approximately 14,000 new cases are diagnosed every year, according to the American Brain Tumor Association.

Treatment options to slow and control tumor growth include surgery, chemotherapy and radiation – but the cancer usually recurs.

The tumors are grade IV, the most deadly form, and the five-year survival rate is only five percent.

Menounos said that she didn’t want to burden her parents with her diagnosis so she kept it a secret, not telling them until two days before her surgery. 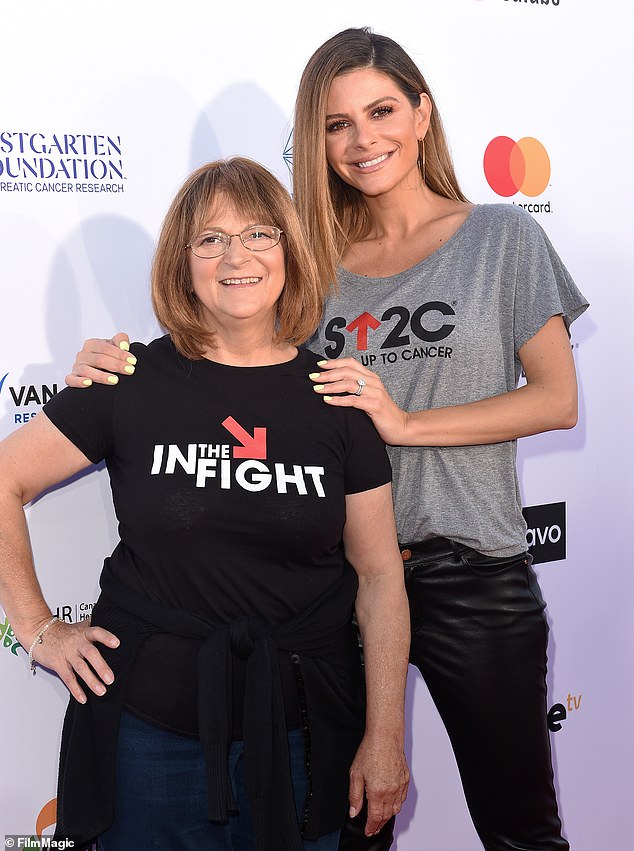 Menounos said she didn’t want to burden her parents with her diagnosis so she didn’t tell them until two days before her surgery. Pictured: Menounos, right, with her mother at the Stand Up To Cancer telecast in September 2018 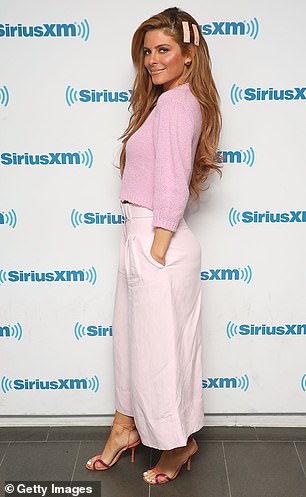 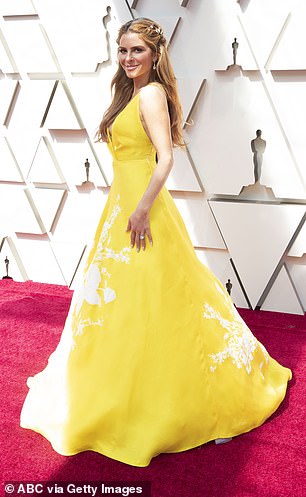 She recently revealed on social media that although her mother’s tumor has significantly shrunken, her cognitive function has declined from treatments. Pictured: Menounos in April 2019, left, and in February 2019, right

‘At that point, we had heard that my mom’s tumor was growing and it was a really dangerous time and really scary,’ Menounos said.

‘My mom was diagnosed almost three years ago in August and about eight months later I was diagnosed and so we both had brain surgeries within a year of each other, within the same year.’

She recently revealed on social media that although her mother’s tumor has significantly shrunken, her cognitive function has declined from treatments.

‘My mom is a miracle…but cognitively, she has a lot of damage,’ Menounos said in an Instagram story, according to the Boston Herald.

‘She’s not my mom anymore and I don’t know how else to explain that. Sometimes she doesn’t know what’s going on, she can’t remember things, she’ll do crazy things sometimes.’