Marilyn Manson has meltdown on stage in shortened concert

Fans who attended the 49-year-old performer’s concert at the The Paramount in Huntington, New York, were displeased after he showed up 90 minutes late to the gig before a pitifully-abbreviated show, TMZ reported.

According to Newsday, Manson emerged in a wheelchair, integrating his injury into the act, and rattled off three songs – The Reflecting God, Deep Six and This is the New S*** – at which point he began demanding the audience show him affection if they wanted him to continue performing.

Trainwreck: Marilyn Manson, 49, performed a shortened show in New York on Thursday, leaving fans disappointed and chanting for a refund

His accompanying band was confused, leading to a number of songs starting and stopping, prior to leaving the stage, the paper reported.

Restless fans started chanting for a refund and throwing plastic cups toward the stage, at which point Manson returned to the stage for an extended stream-of-consciousness rant punctuated by foul language.

Other strange displays of behavior The Beautiful People singer displayed in the shortened gig included overturning an amplifier and calling the neighboring state of New Jersey – where he’s slated to play on Friday – a ‘s***hole,’ TMZ reported.

The Dope Show artist, who had a cast on his leg, abruptly left the show, which was in support of his new record Heaven Upside Down, TMZ reported, noting that security ordered fans to leave the venue. 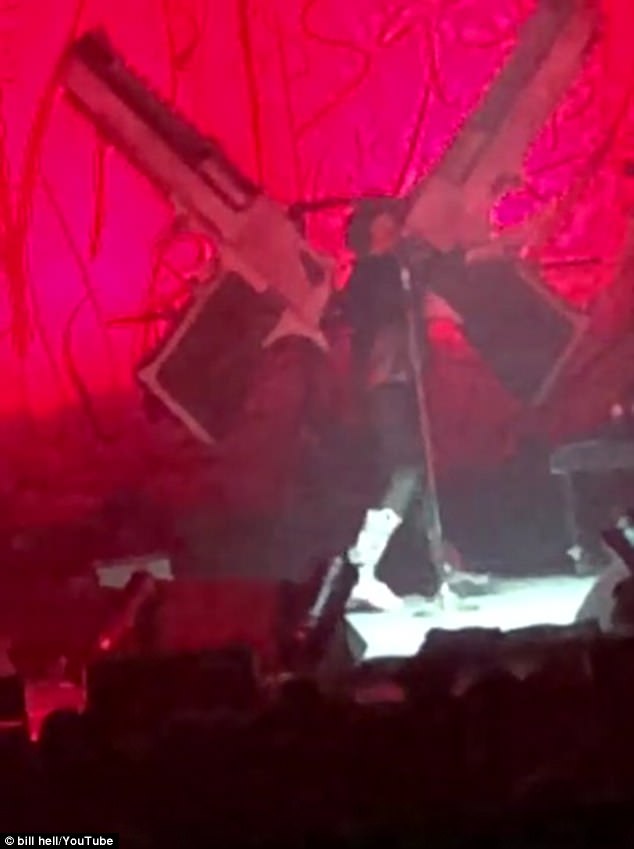 Bizarre: The musical artist was filmed acting bizarrely amid the abbreviated concert 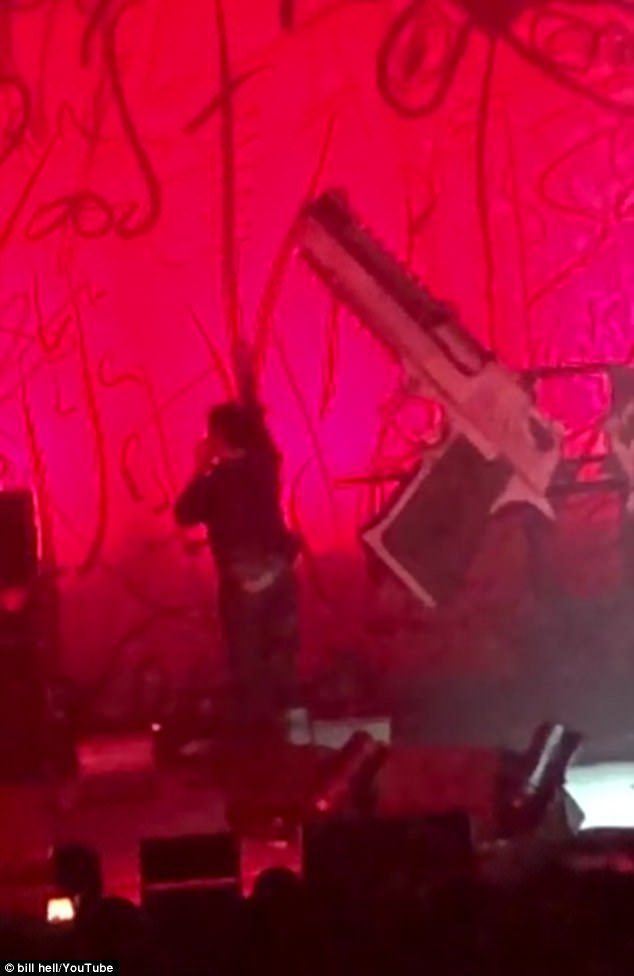 Poor reviews: Fans who attended the show described it as ‘horrible’ and ‘disappointing’

Fans at the concert – many of whom chanted ‘Refund’ – vented to Newsday about the bizarre outing.

Concertgoer Sean Walz, 28, said, ‘You can’t even call this a show: I’ve been a fan since I was five-years-old. I grew up listening to him, but he’s dead to me at this point.’

Victoria Kaufmann, 21, said ‘it was disappointing,’ adding that she believed Manson ‘was too messed up and couldn’t perform’ properly.

Trisha Bernardo, 32, said that the musical artist, whose real name is Brian Warner, ‘couldn’t even talk’ and that the show ‘was horrible.’

The gig was initially scheduled for October 3, 2017, but subsequently delayed until Thursday after the rocker suffered a broken leg during at show at New York City’s Hammerstein Ballroom after he was injured amid a stage malfunction, the paper reported.