Marilyn Monroe as you’ve never seen her before

Even by the quirky standards of photographers and their muses, Milton Greene and Marilyn Monroe had an unusual relationship.

Monroe was a young box-office bombshell when she met Greene in 1953. She loved his pictures, and moved into his family home in Connecticut.

‘They became instant friends,’ Greene’s son Joshua tells Event. ‘In fact, they probably had an affair when they first met.’ But they parted ways in 1957, after Monroe’s then husband, Arthur Miller, grew edgy about Milton’s role.

Their collaboration produced more than 5,000 dazzling photographs. Here, Joshua has chosen the best from his father’s collection – including many never seen before.

And… stretch! Monroe posing in Greene’s home studio, a converted barn, in 1955 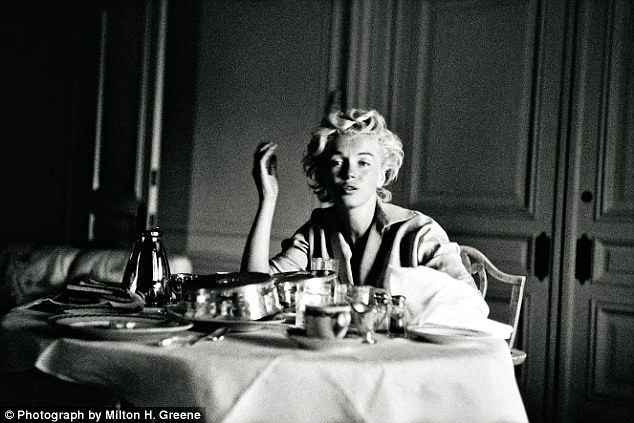 Tray chic: A candid photo of Monroe in her hotel room in New York, 1954. She later moved into the Greenes’ Connecticut home 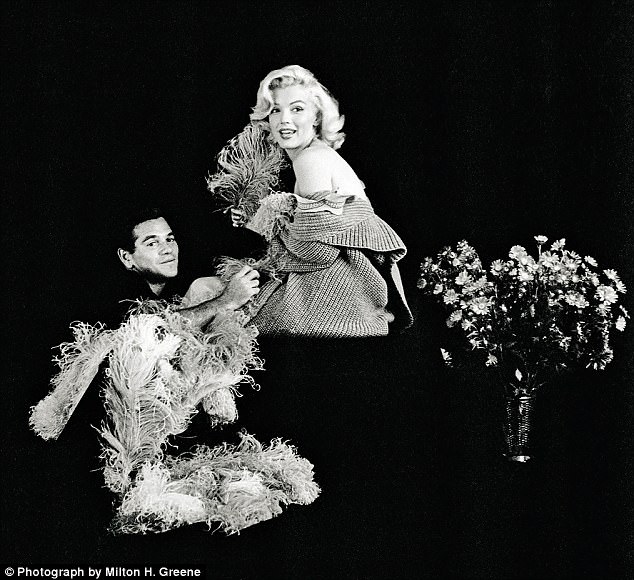 Marilyn’s magic man: Marilyn with Milton Greene in 1953. Greene had been brought to Los Angeles to meet her at the request of the editor of Look magazine 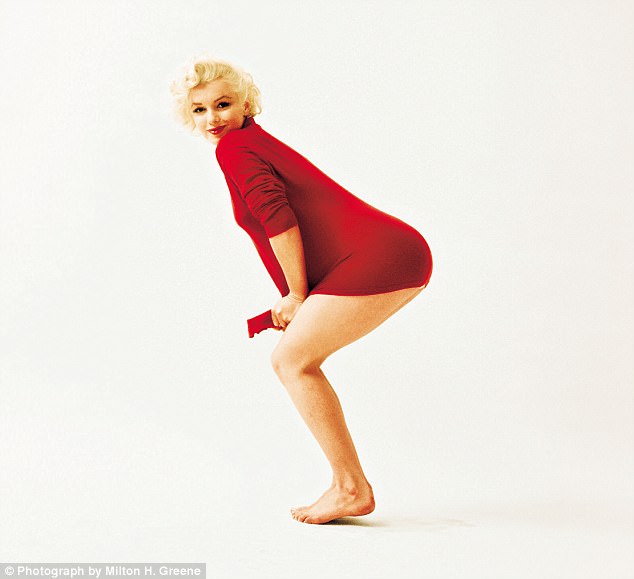 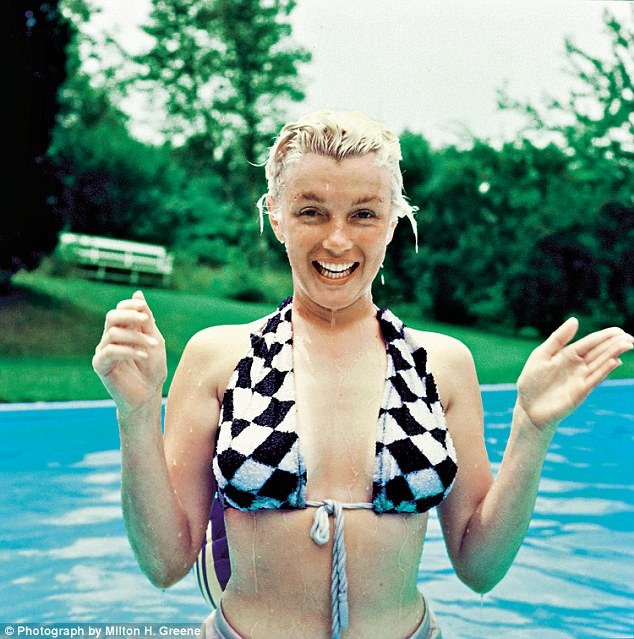 Gentlemen prefer… freckles! A very rare sight: a freckle-faced Monroe without make-up, photographed in June 1955 in the Connecticut swimming pool of the Greenes’ friends, Richard and Dorothy Rodgers. Monroe had travelled there with Gene Kelly plus Milton Greene and his wife Amy to cool off on a hot day 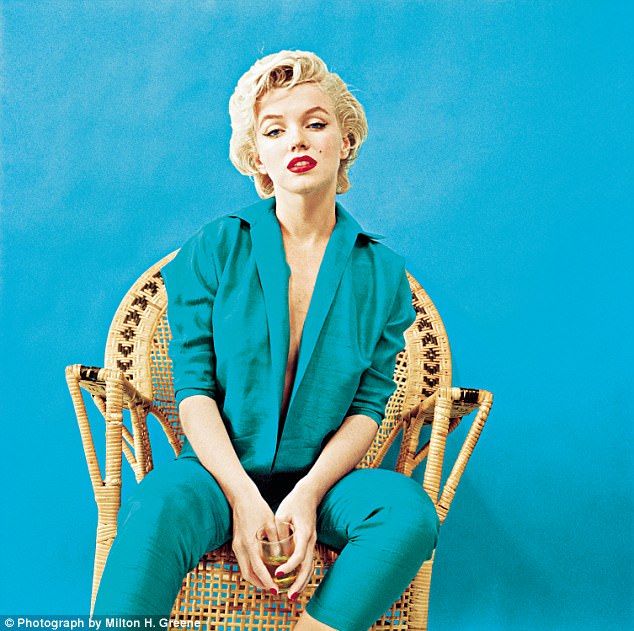 Lady swigs the booze: A pensive portrait, with a drink in hand, shot at Greene’s New York studio in March 1955. The outfit was designed by Jax of Hollywood, and became a signature look for Monroe 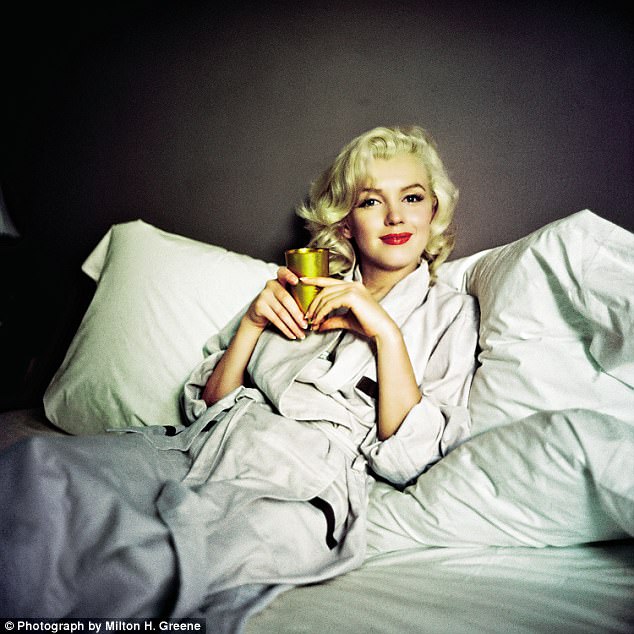 Some like it… gold: From a rare set of photos taken in October 1953 at a villa belonging to studio executive Joseph Schenck 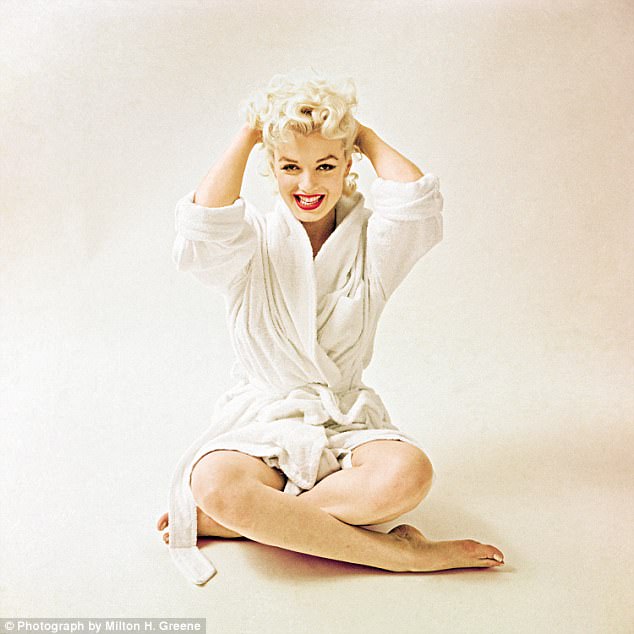 Good clean fun: Monroe had just finished her make-up in 1955 when Greene decided to shoot her right there, in her bathrobe 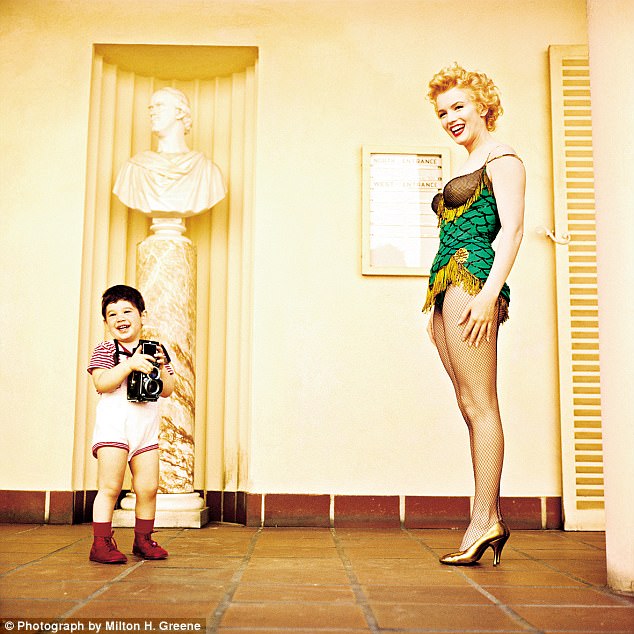 That’s my boy! Monroe with Joshua Greene in 1956 while filming Bus Stop 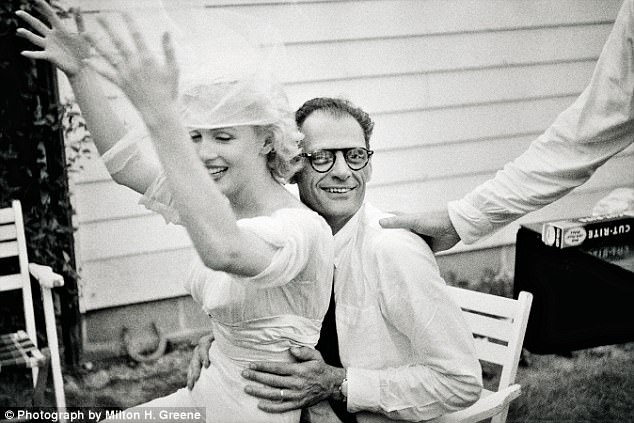 The misfits: The playwright Arthur Miller hugs his new bride in 1956. Monroe is said to have written in her diary that day: ‘Hope, Hope Hope’ 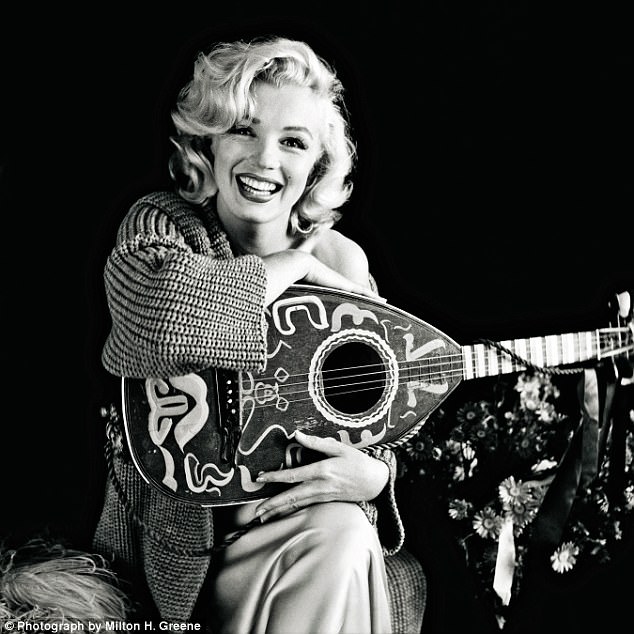 Mandolin Monroe: Her successful first shoot with Greene in 1953. She had only been available because she had sprained her foot on River Of No Return 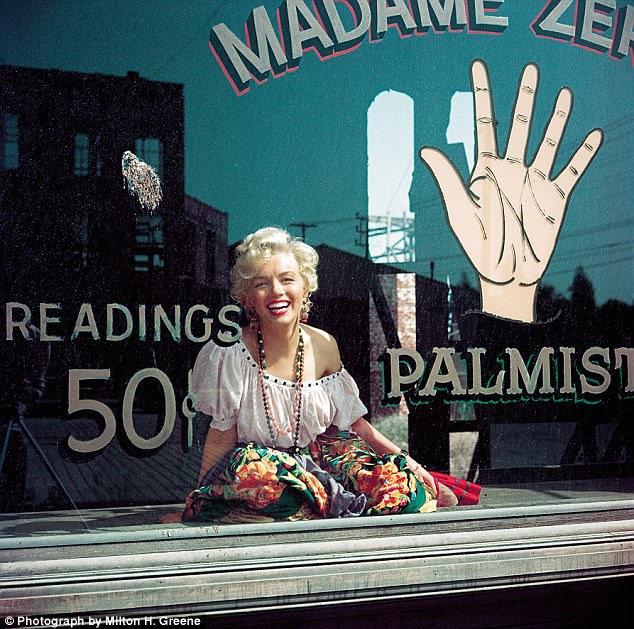 Cross my palm with silver… Monroe shows her playful side, dressed up as a gypsy palm reader, in 1956