A selfless marine veteran was shot dead by an armed robber after he rushed to protect a waitress at the California diner he went to each day.

Robert Sundin, 70, a US Marine Corps veteran, was in his car outside of Scotty’s Restaurant on Tennessee Street in Vallejo, California, when he saw Teresa Brasher, a longtime server at the restaurant, approached by an apparent robber on December 8.

Brasher, who was in her car, told Fox2 News that the man, dressed in a ski mask and hoodie and traveling on an electric scooter, came up to her car door pointed at her and then pointed at her purse. She said she didn’t know if the assailant ‘used his finger or a gun.’

Sundin, a married father, who worked at the VA Healthcare and was a devoted church volunteer, jumped out of his vehicle and rushed to his friend’s aid before being fatally wounded.

A traumatized Brasher said all she heard was the gunshot during the terrifying ordeal. ‘The guy grabs him. And I can see Bob pulling away like that, and that’s when I heard the gunshot go off,’ she said.

Robert Sundin, 70, a US Marine Corps veteran, was in his car outside of Scotty’s Restaurant in Vallejo, California when he sacrificed his life for the waitress he chatted with everyday 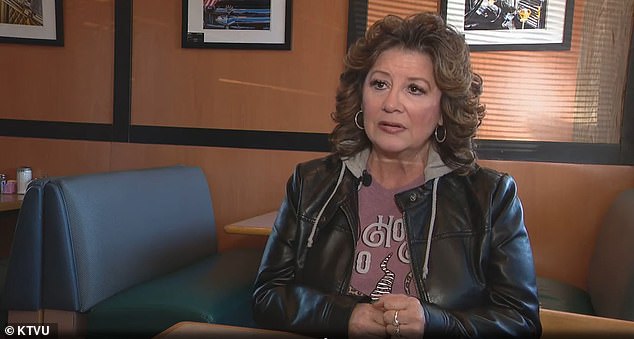 Teresa Brasher, a longtime waitress at Scotty’s Restaurant said ‘he is my hero,’ and called Sudin ‘her guardian angel for life’

After the senseless shooting, the suspect, who has not been identified, fled.

An emotional Brasher called Sundin her ‘hero for life.’

Sundin, who lived in Napa not far from the diner he frequented, ate there every weekday morning like clockwork at 5:30am.

He was a familiar face at the local eatery whose daily routine included sitting in the same seat each morning, reading the newspaper and chatting with some of the staff as he waited for his regular breakfast order.

Nay Ung, owner of Scotty’s was grief-stricken and described Sundin as  ‘just a wonderful man.’

‘That’s what makes it hard,’ she said, in part.

He was also a loyal volunteer with the Fairchield church, First Assembly of God, who Pastor Eric Lura said ‘was the first person to arrive and last to leave.’ 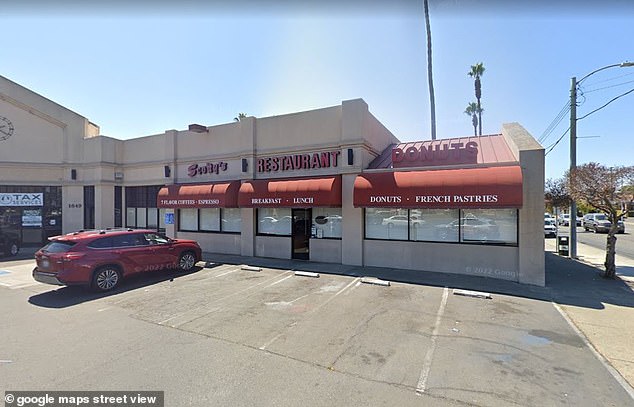 Scotty’s Restaurant on Tennessee Street in Vallejo, California when he saw Teresa Brasher, a longtime server at the restaurant, approached by an apparent robber on December 8 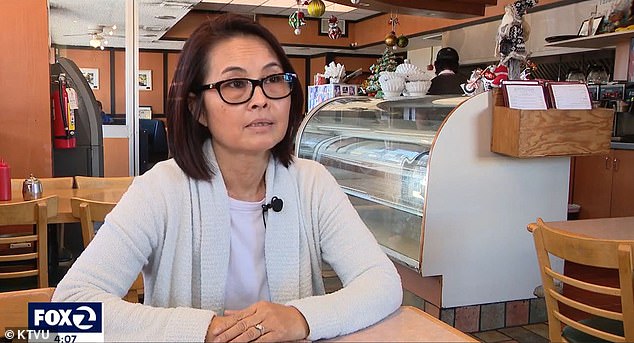 Nay Ung, owner of Scotty’s was grief-stricken and described Sundin as ‘just a wonderful man.’ ‘That’s what makes it hard,’ she said, in part 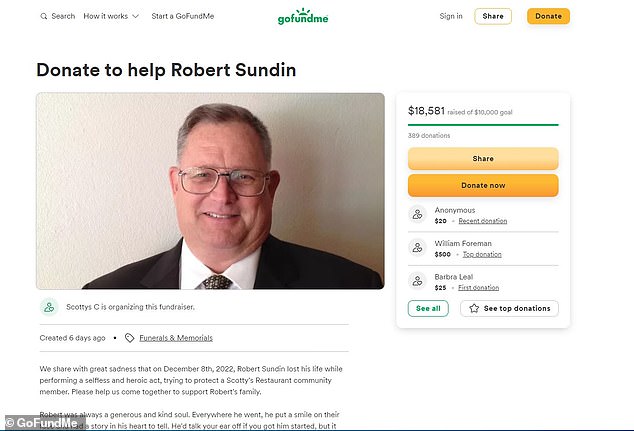 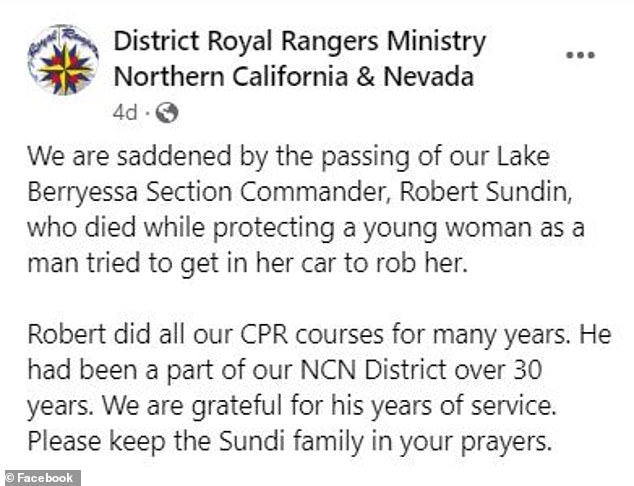 Brasher said she will miss seeing her friend each morning.

‘God wasn’t ready for me. But they had a place for Bob up there,’ she added, in-between tears.

After Sundin’s unexpected death, the restaurant created a GoFundMe asking the community to ‘come together to support Robert’s family.’

‘Robert Sundin lost his life while performing a selfless and heroic act, trying to protect a Scotty’s Restaurant community member.’

‘Robert was always a generous and kind soul. Everywhere he went, he put a smile on their face and had a story in his heart to tell. He’d talk your ear off if you got him started, but it was always worth it.’

‘Every person he crossed always spoke highly of him or how he helped them. He enjoyed being there, helping, protecting, and showing people the right direction, metaphorically or physically. Even if it meant using a map on his phone, which he barely understood how to use, he’d still try.’