Mario Balotelli has got off to a perfect start at Monza after scoring inside just four minutes in his first game for the Serie B club.

The striker signed for the Italian second tier side at the start of December as a free agent but only made his debut on Wednesday starting as a striker in a home clash against Salernitana.

The former Italy wasted no time in getting used to his surroundings netting with his first touch after getting on the end of a back post cross from Carlos Augusto. 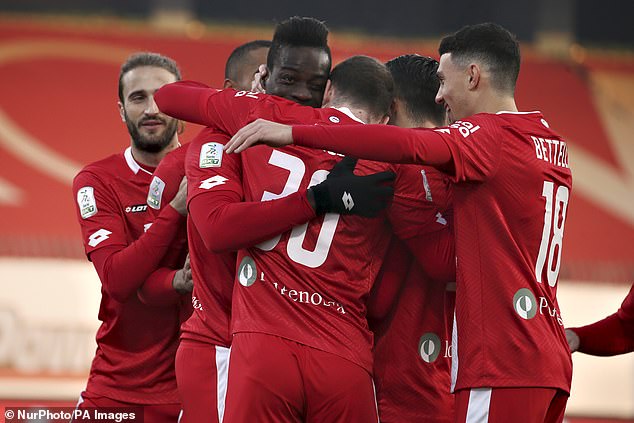 Prior to signing for Monza, the 30-year-old had been a free agent since leaving Bresica in the summer.

He has struggled to settle at any club following two-and-a-half years at Nice in that ended in 2019 when he then spent six months at Marseille.

Monza though believe the striker can help them in a promotion bid to reach Serie A for the first time in their history. 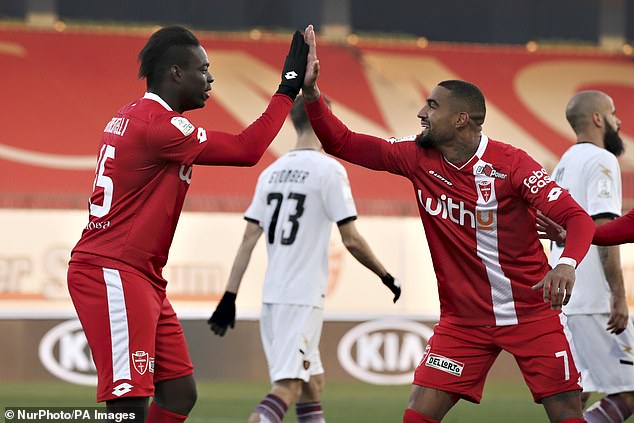 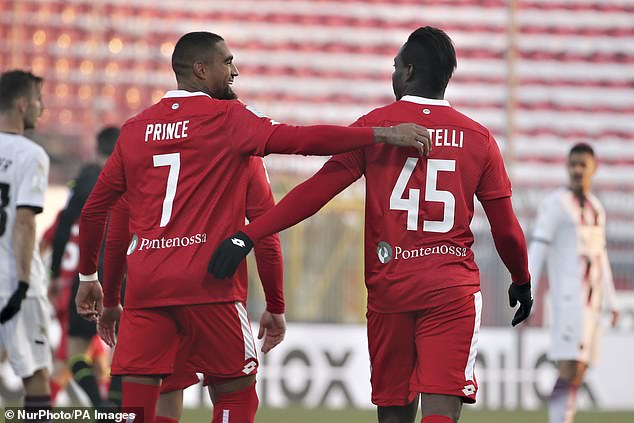 Balotelli has arrived at Monza, based just north of Milan, to find his former AC Milan team-mate Kevin Prince-Boateng who also signed for the club on a free back in September.

The former Ghana international was among those who congratulated Balotelli’s early strike in the Serie B clash.

The former Italy international has good track record when it comes to scoring on his debut, finding the net for Manchester City, AC Milan, Nice and Marseille, while only failing to hit the target at Inter Milan, Liverpool and Brescia – all of whom he eventually scored for by his third match. 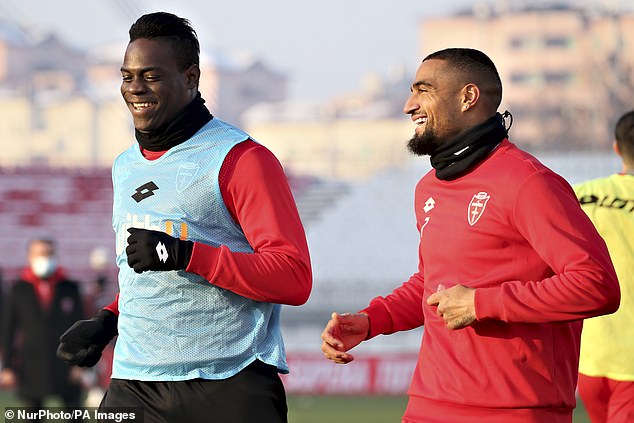 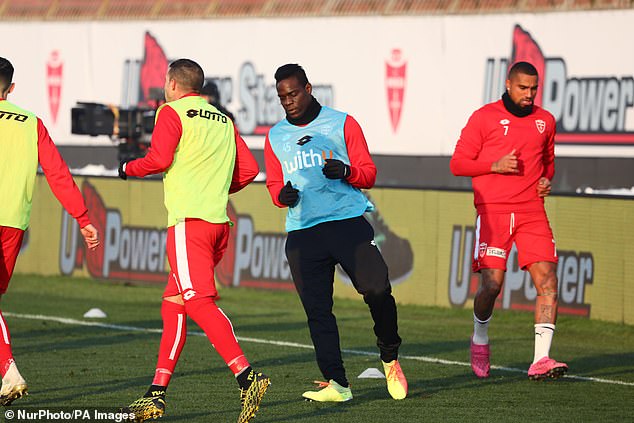 Monza started the day in fourth spot and targeted a win in their clash against Salernitana to try and close within two points of the Serie B leaders.

They led 2-0 at half-time with Antonio Barilla doubling the lead on the stroke of the break.

The top two sides in the division earn promotion to Serie A while positions third to eighth go into a play-off.