‘I was messed up’: Inside the mind of Mark ‘Bomber’ Thompson as he reveals what triggered his spectacular fall from grace and drug addiction – and how his ex-wife offered ‘unexpected’ support after their split

By Jackson Barron and Kylie Stevens For Daily Mail Australia

AFL great Mark ‘Bomber’ Thompson has opened up on his tumultuous life after spiralling into depression and drug addiction following an illustrious career.

The premiership player and coach’s spectacular fall from grace has been highly- publicised, culminating in the breakdown of his marriage.

When opening up on his struggles in depth for the first time, the 56-year-old revealed the Essendon Bombers drugs supplements scandal was a tipping point.

‘I was pretty messed up,’ Thompson told the Herald Sun. ‘I lost my way. In the end I just didn’t care. I didn’t care about the hurt. I just had no feelings, you know. Life had no reward.’

Thirty-four Bombers players were banned for two years following the supplements scandal in 2012, with head coach James Hird sacked by the club and Thompson – then assistant coach – slapped with a $30,000 fine.

His marriage broke down in 2018 before he was charged with drug possession following a police raid on his Port Melbourne warehouse apartment.

Thompson became hooked on the drug ice through his housemate – a heavily-tattooed bikie associate – and told a court in 2019 how he was in a ‘bad place’ and used ice to ‘mask the pain’.

The 203-game player hit rock bottom when he was convicted for drug possession and placed on a 12-month community corrections order.

Thompson began seeing a psychologist in early 2018, who he credits with bringing him back on track after diagnosing him with PTSD.

Thompson hasn’t seen the psychologist since his community corrections order ended but hopes to maintain contact with her.

He said he now feels ‘pretty good’ about himself and has put his depression behind him, spending his days working with his family in a workshop in Airport West. 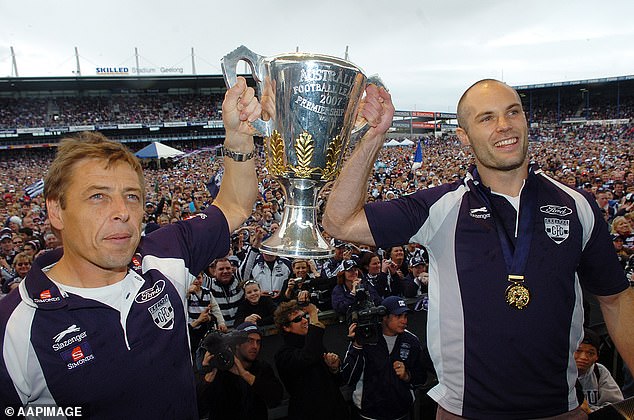 The former electrician is making resin tables in the factory with his brother Steven and has reconnected with his family including his ex-wife and three children.

Despite their split, Thompson’s ex-wife Jana and his children supported him through his battle in court.

‘That’s been a good thing to come out of it. It was an unexpected support which I appreciated. Since then I go around there for dinner from time to time. I went there for Christmas Day too,’ he said.

Thompson temporarily took over as Bombers coach in 2014 after Hird was banned over his involvement in the infamous drug supplements scandal.

While he said a combination of factors contributed to his downfall in the wake of the sage, Thompson said the drugs saga did take its toll on him.

Thompson admitted while he contemplated suicide while he was in a bad place, he never went close to going ahead with it. 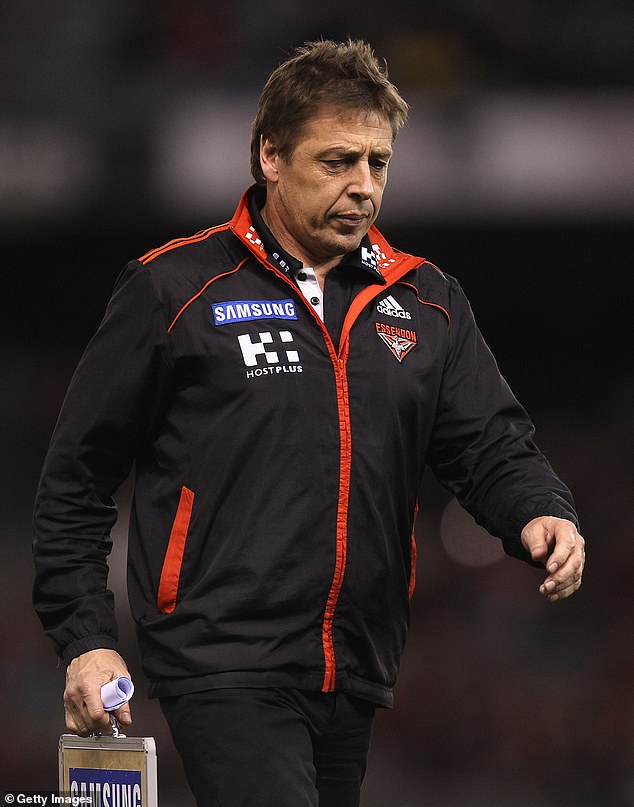 Thompson (pictured during an Essendon match in July 2011)  was fined $30,000 for his role in the Essendon supplement scandal

He hopes to enter the public speaking circuit after COVID-19 to use his story to inspire other men on their rehabilitation journey. 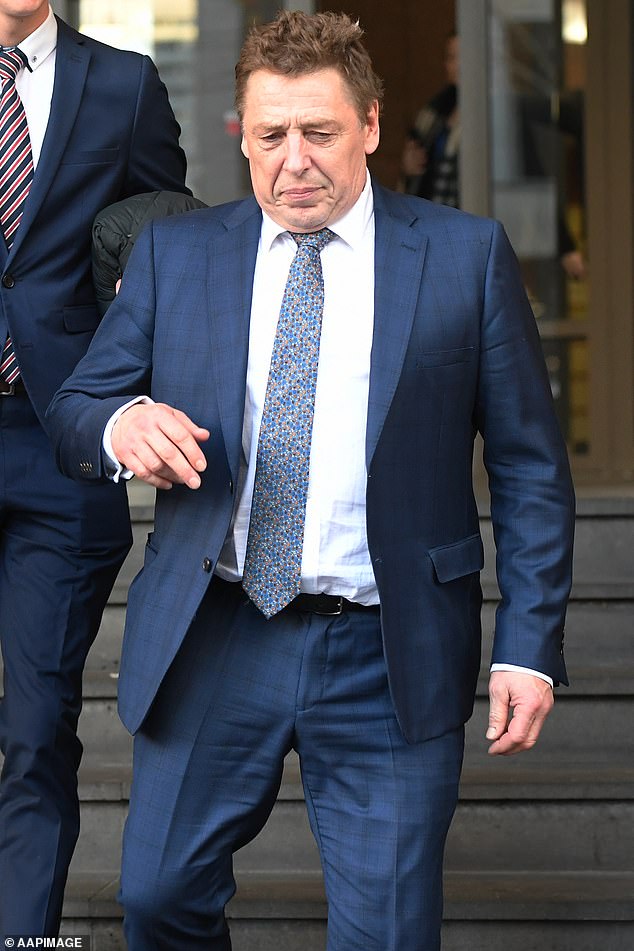