A former ABC News researcher has spoken out, claiming that Mark Halperin insisted that she sit on his lap in a private meeting while he was political director there.

Dianna May, whose maiden name was then Goldberg, told the Washington Post that in 1994 she asked Halperin for help on a story and he readily agreed, beckoning her into his office.

He motioned her to sit on his lap, she claims, and when she reluctantly agreed she says she could feel an erection.

‘I didn’t know what to do,’ said May, now a lawyer. ‘He was important. He wasn’t my superior, but he was certainly in a superior position to mine. I didn’t say anything. I didn’t know how to at the time. I knew it was wrong.’ 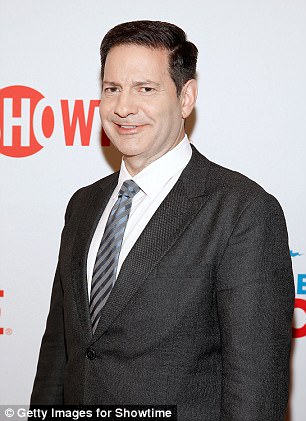 Dianna May (left) claimed that in 1994 she asked Mark Halperin (right) for help on a story and he readily agreed, beckoning her into his office and motioning for her to sit on his lap 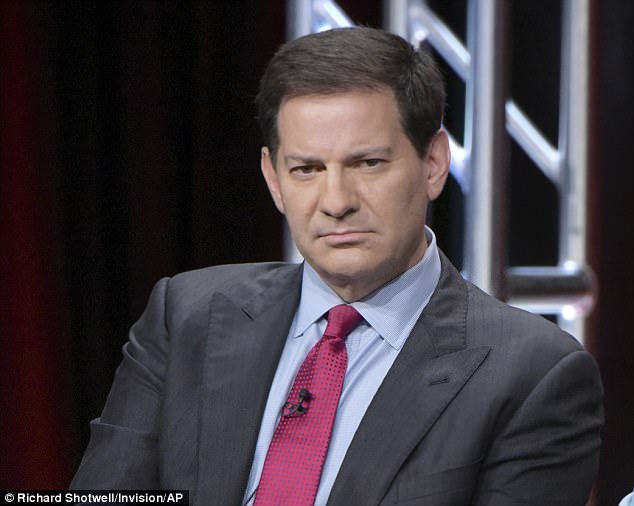 May claims that she sat down reluctantly on the political director’s lap, and was shocked at what she felt when she did

May says the scene was repeated on three or four uncomfortable occasions.

May’s account joins several others to emerge in recent days about the high-profile political journalist, beginning with a CNN report on Wednesday.

In response, Halperin sent the Washington Post the same statement he sent CNN: ‘During this period, I did pursue relationships with women that I worked with, including some junior to me.

‘I now understand from these accounts that my behavior was inappropriate and caused others pain. For that, I am deeply sorry and I apologize.

‘Under the circumstances, I’m going to take a step back from my day-to-day work while I properly deal with this situation.’

On Wednesday, Emily Miller, a correspondent for One America News Network who served as Deputy Press Secretary at the US State Department under former secretaries of state Colin Powell and Condelezza Rice, revealed that she too was a victim of Halperin’s alleged harassment while working at ABC News as an associate producer. 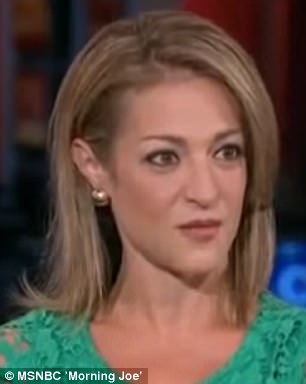 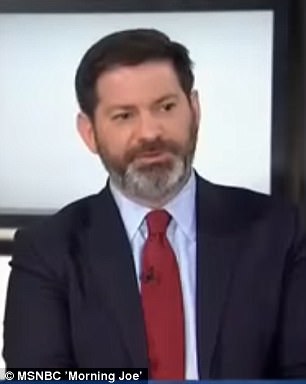 Another allegation: Emily Miller (left)  said on Twitter that she was sexually harassed by Mark Halperin (right) while working at ABC News

She shared this on Twitter using the ‘#metoo’ hashtag that has continued to trend since last week and encourages both men and women to share their own tales of sexual harassment and assault.

‘To be clear, I was NOT one of the victims in this story about Mark Halperin. I was ANOTHER junior ABC employee he attacked,’ wrote Miller.

‘I did not report Halperin to ABC because I thought I was the only one, and I blamed myself, and I was embarrassed and I was scared of him.’

That segment quickly devolved however when Halperin began acting petulant and continued to repeat the same archaic question over and over again, despite drawing no support or interest from anyone else in the studio.

It was a clear attempt to play devil’s advocate, but he dragged it on for far longer than necessary, clearly in hopes of making Miller uncomfortable. 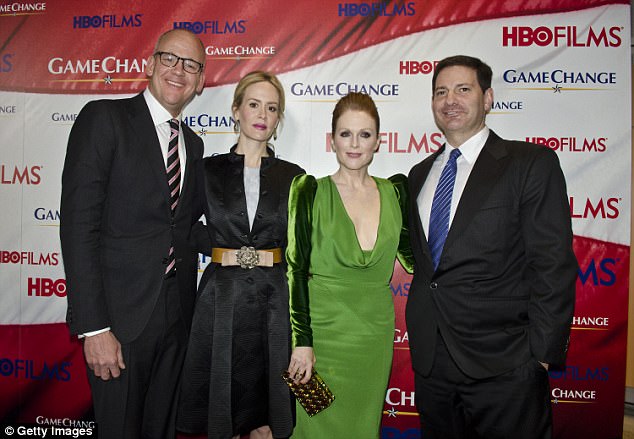 HBO has now announced that they will no longer be developing and producing Halperin’s planned ‘Game Change’ series about the 2016 election (l to r: John Heilemann, Sarah Paulson, Julianne Moore and Mark Halperin in 2012)

Making matters worse, every time Miller responded to one of Halperin’s questions he proceeded to cut her off by raising his voice and firing off another claim.

At the same time, HBO has announced that they will no longer be working with Halperin on their previously announced ‘Game Change’ series about the 2016 election, which was set to serve as a follow-up to the HBO film based off his book of the same name. 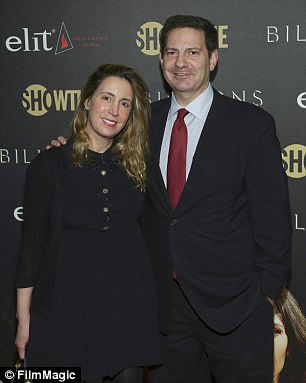 Halperin has been dating his longtime partner Karen Avrich since 2002

‘HBO is no longer proceeding with the project tied to the untitled book co-authored by Mark Halperin and John Heilemann on the 2016 Presidential election,’ said the network in a statement.

‘HBO has no tolerance for sexual harassment within the company or its productions.’

Halperin announced soon after the story broke that he would be stepping down from his post at MSNBC for the time being, and the network said in a statement: ‘We find the story and the allegations very troubling. Mark Halperin is leaving his role as a contributor until the questions around his past conduct are fully understood.’

Showtime, which produces Halperin’s reality series ‘The Circus’ had no comment and said they were not aware of any allegations made while he was working for its network.

Showtime also pointed out that The Circus has not yet been renewed for another season.

Halperin has been dating his longtime partner Karen Avrich since 2002, and the two had a son earlier this year.