Mark Latham has unexpectedly taken aim at SBS TV host Lucy Zelić over her comments about the FIFA Qatar World Cup hours before the official ceremony.

The One Nation NSW upper house MP slammed Zelić for ‘politicising’ the World Cup after she expressed concern over the event in a series of posts to Twitter.

Zelić had reservations about ‘acting like a cheerleader’ over the excitement of the Cup after 6,500 migrant workers died building the stadiums.

There has also been criticism over the country’s questionable human rights record, the lack of facilities, and poor conditions. 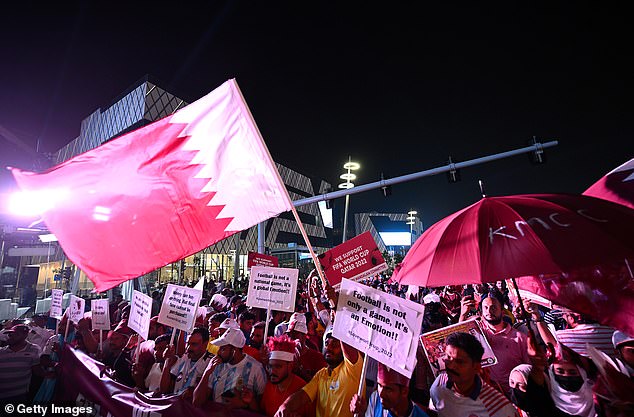 Zelić’s posts came just before the official ceremony for the FIFA Qatar World Cup. FIFA announced back in 2010 that the nation would have hosting rights for the global football event (pictured, Football fans gather at the Lusail Boulevard fan area ahead of the cup)

‘On the eve of the I wanted to wish all the competing nations + administrators great success but it’s been such an unsettling build-up to this tournament, which has been plagued by unnecessary tragedy + controversy that it would feel weird to act like a cheerleader,’ the SBS journalist wrote.

‘When your sport is built on the fundamental belief that every nation, player, man, woman or child is welcome to participate in it – your organisation, and who you entrust to represent those beliefs, damn-well better reflect that.

‘So, whilst I’ll still watch my beloved teams and admire the football, I’ll also be thinking of the families who lost loved ones and ask why it had to come to this.’

Zelić told the International Federation of Association Football that ‘we want it to be about the football’ while they chose ‘to make it about everything else.’

Zelić’s comments were soon picked up by Latham who slammed the TV presenter.

‘Get a grip, it’s just a game of soccer,’ he responded to one of Zelić’s posts.

‘If you want to turn soccer into politics, at least have the courage to put your name on a ballot paper,’ he said in response to another tweet.

The former Labor leader suggested ‘commentators’ were only taking issue with the World Cup because they wanted to appear to have higher moral standards when there was publicity surrounding an event.

‘Why does playing soccer in a certain location provoke much more virtue signalling (sic) commentary about politics than any daily political analysis by the same commentators about the same place (Qatar)? Why?’ he wrote.

‘It’s all in the attempt to appear virtuous, when someone is watching, that’s all.’ 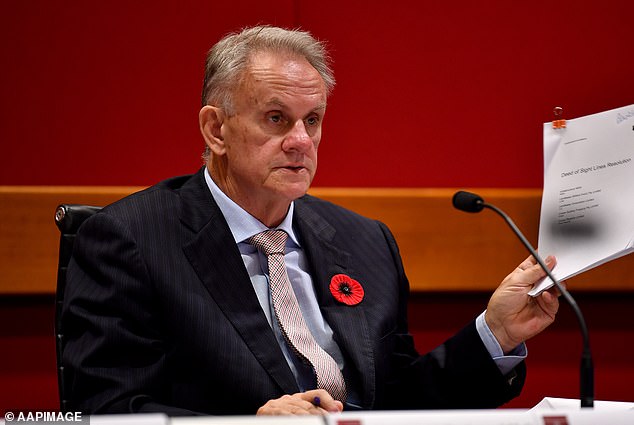 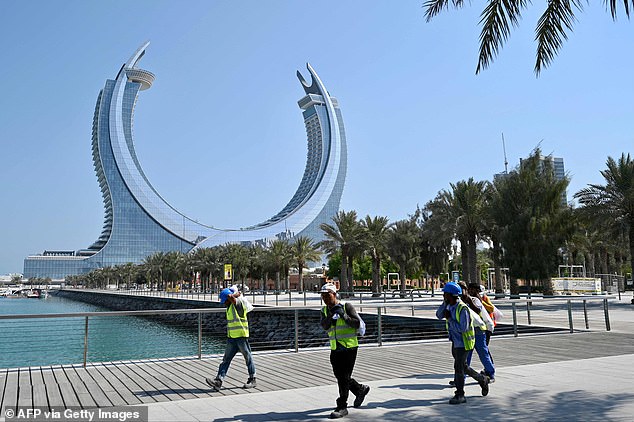 It is believed as many as 6500 workers from India, Pakistan, Nepal, Bangladesh and Sri Lanka have died in Qatar since it was awarded World Cup hosting duties in 2010 (pictured, workers near the Katara Towers in the Qatari coastal city of Lusail this week)

Those deaths had been recorded since it was announced Qatar would be hosting the global sporting event back in 2010.

Qatar also copped outrage over human rights issues, including its treatment of gay people and women, and still enforcing the death penalty to Muslims who didn’t strictly follow Islamic law.

There were also complaints about the lack of facilities and the nation’s hot desert conditions.

That fury has also extended to FIFA for giving Qatar hosting rights.

The Socceroos released a combined statement in the form of a video last month where 15 players slammed the Gulf state’s rights record and vented over the deaths of imported workers and their poor working conditions. 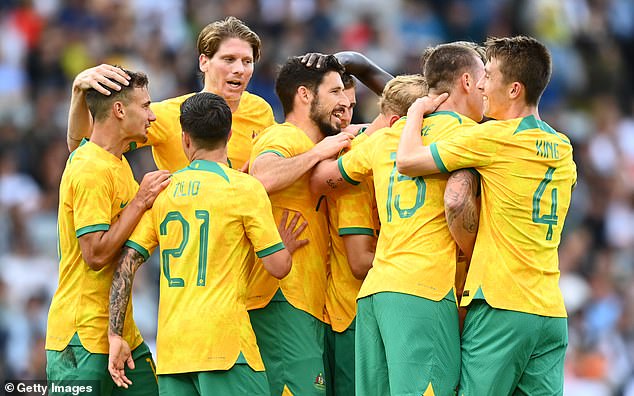 The collective message from the Socceroos in the video was clear – the decision to award World Cup hosting rights to Qatar has ‘resulted in the suffering and harm of countless workers’, while also mentioning that homosexuality is illegal in the country.

‘We stand with FIFPro, the Building and Wood Workers International, and the International Trade Union Confederation, seeking to embed reforms and establish a lasting legacy in Qatar,’ the video outlined.

‘This must include establishing a migrant resource centre, effective remedy for those who have been denied their rights and the decriminalisation of all same-sex relationships.

‘These are the basic rights that should be afforded to all and will ensure continued progress in Qatar…[and] a legacy that goes well beyond the final whistle of the 2022 FIFA World Cup.’

Qatar’s World Cup organisers responded by saying efforts were being made to improve conditions for foreign contract workers but progress would take time.

‘New laws and reforms often take time to bed in, and robust implementation of labour laws is a global challenge – including in Australia,’ the statement read.

‘No country is perfect, and every country – hosts of major events or not – has its challenges.’