Mark Ronson has hit out at black newspaper The Voice over a sympathetic interview with Wiley after the grime star’s anti-Semitic tirade got him banned from Facebook, Instagram and Twitter.

The Voice published an interview with the grime artist, which appears to have been deleted, titled ‘Systemic oppression and Wiley’, in which the author questioned: ‘But within his ranting were there any salient points?’

Regarding Wiley’s view that a Jewish lawyer is needed to progress in the music business, the writer admitted  it ‘may be a complete fallacy’ but also said they had ‘never seen anyone Jewish refute or confirm this’.

The Voice published an interview with the grime artist, above, titled ‘Systemic oppression and Wiley’, in which the author questioned: ‘But within his ranting were there any salient points?’

The author then asked: ‘But maybe it’s a discussion that needs to be had?’, adding: ‘These questions were not being posed from an ignorant perspective, some of the views espoused by Wiley are the great unsaid outside of the black community.’

Jewish music producer Ronson shared the article on Twitter, posting: ‘”You need to get a Jewish lawyer in order to progress in the music business may be a complete fallacy I’ve never seen anyone Jewish refute or confirm this” let me help out, MY LAWYER IS ITALIAN.

‘My label is run by a Gentile, & owned by a Japanese board.’

He wrote in a separate tweet: ‘Jews do not run the music business from some secret cabal (and if they do it’s mad f***ed up I haven’t been invited yet).

‘Universal: owned by Vincent Bollore, a Frenchman (not a Jew), Sony Music Group: a Japanese board, Martin Mills/Beggars is not a Jew (WMG, yes a Jew).’

The Uptown Funk hitmaker added: ‘Many of us know that record deals can often be some of the most god-awfully unfair contracts in business.

Former Chancellor Sajid Javid and Jewish comedian David Baddiel also criticised the article, with Mr Javid posting: ‘You would think that The Voice – of all newspapers – would’ve avoided providing a sympathetic platform for a racist. 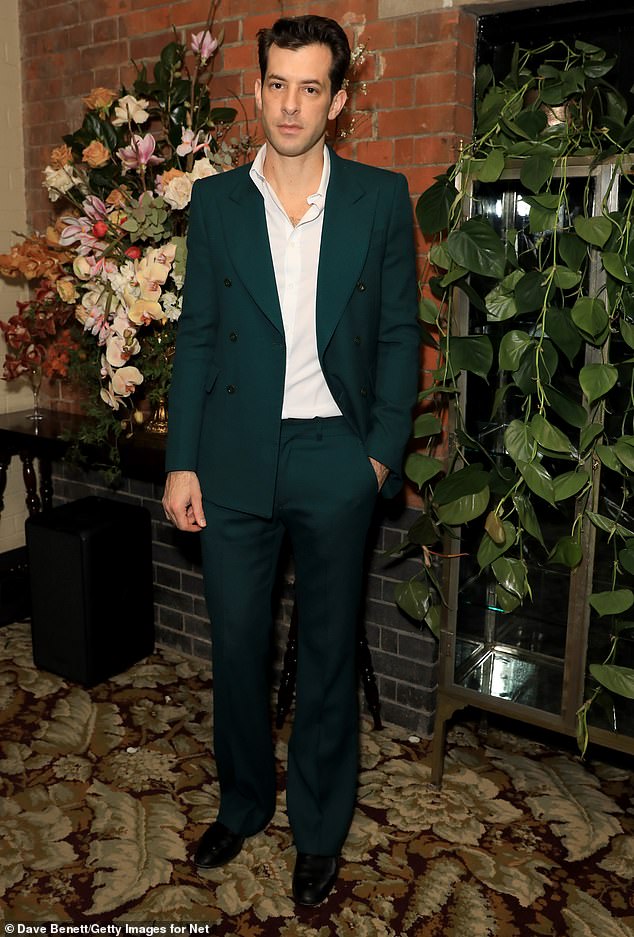 It follows Wiley, whose real name is Richard Cowie, being widely condemned for a series of posts on the social media platform starting last Friday, and was initially given a temporary ban from Twitter, with the majority of his tweets remaining visible.

But Twitter said on Wednesday it had permanently suspended him and is ‘continuing to assess the situation internally’.

The rapper denied accusations that he is racist and apologised for ‘generalising’, saying the argument should have stayed between him and his manager, John Woolf.

He told Sky News: ‘I just want to apologise for generalising and going outside of the people who I was talking to within the workspace and workplace I work in.

The artist launched a number of attacks on the Jewish community over the weekend, including posting a video last Friday telling Jews to ‘crawl out from under your little rocks.’

He also shared a conspiracy theory to Instagram about Jews funding and creating the Klu-Klux Klan, which still appears on his page despite claims from the social media platform that they have deleted hate speech content from his account.

The tweets from music producer Ronson, in which he hit out at the article from The Voice, writing: ‘Jews do not run the music business from some secret cabal’

Wiley also took aim at Priti Patel during his two-day rant, after the Home Secretary described his anti-Semitic posts as ‘abhorrent.’

‘They should not have been able to remain on Twitter and Instagram for so long and I have asked them for a full explanation,’ she said.

Appearing to post in response, Wiley said: ‘Priti Patel, you wanna see me?’

In a statement, the newspaper said: ‘The Voice has not, and makes it clear again, supported or in any way condoned the outbursts by Wiley that the Jewish community finds offensive. We do not support the stereotyping of any race or group.

‘As a black media outlet, we are here to give our people a voice. That doesn’t mean we will always agree with everything that is published.

‘It saddens us deeply that persons have implied that we are anti-Semitic. Our long history in the community and our track record does not support this view.’

It added: ‘Going forward, our different communities must come together, talk more and show the solidarity that binds us together rather than pits one against the other.

‘The Voice will remain a champion of that and will continue to work with various groups in this regard.

‘We are in conversation with Jewish leaders and have given them the right of reply.’