Mark Steines was taken aback by his firing from his gig as co-host of the Hallmark Channel program Home & Family, according to his rep.

The 53-year-old broadcaster was let go Wednesday from the position, which he’d been in since the show premiered in October 2012 – and his rep told People that ‘Hallmark gave us some vague reasons regarding “creative” and specifically said it was not for cause.

‘We have received nothing but positive reviews of him as the host of Hallmark Home & Family,’ Steines’ rep said. ‘The show just received another Emmy nomination – that was the third.’

Shock: Mark Steines, 53, was taken aback by his firing from his gig as co-host of the Hallmark Channel program Home & Family Wednesday, according to his rep

The former Entertainment Tonight personality was informed of his dismissal on Wednesday when he was taping the show that was broadcast on Thursday, according to his rep.

‘We know ratings have been up,’ the rep said, ‘and if you watch the episode this morning, you will see the shock and sadness by the cast when they had to make this announcement on air.’

Steines co-host the series with Debbie Matenopoulos, who announced the shake-up in the program that aired on Friday.

She said, ‘We have a very hard announcement to deliver: Our dear friend, our very good friend, and my wonderful co-host for years, Mr Mark Steines is no longer with Home & Family.’ 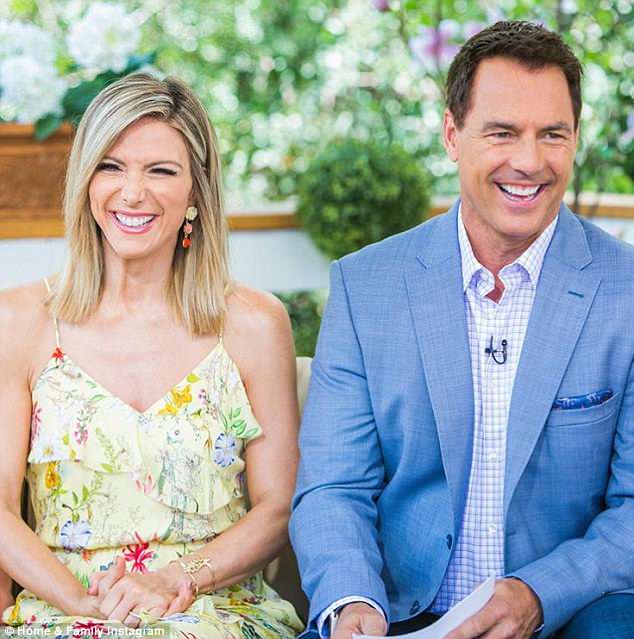 Longtime: Steines had co-host the series with Debbie Matenopoulos (L), who expressed her sadness they would no longer work together on the latest broadcast 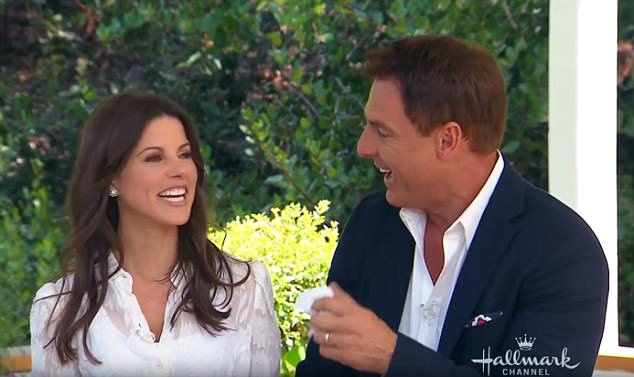 Good memories: Mark and his wife Julie talked about their wedding on the network in 2016

Matenopoulos said that the father-of-one – to son Kai Harper Steines, 16, with ex-wife Leanza Cornett – ‘has been an amazing friend to all of us here at Hallmark Channel, the cast, the crew and a wonderful friend to all of you at home as well.’

Matenopoulos continued, ‘We are grateful to Mark, and we want to thank him from the bottom of our hearts for six of the most incredible years that he has had here hosting this incredible show that he helped build. He really did.

‘He’s been here from the beginning and a lot of this show has Mark’s handprint on it, so we support him in everything he does in the future, his future endeavors. We will miss him dearly and we will think about him fondly and often and we thank you all at home for your kindness and understanding and your support and for being part of our family everyday.’

The network released a statement Friday that ‘shows evolve and change all the time,’ adding that they’re ‘extremely grateful for [Steines’] incredible work and leadership.

‘Mark has been an instrumental part of Home & Family for the past 6 years,’ the network said, ‘and we are We truly wish Mark all the best in his future endeavors.’

According to Deadline, Steines still had time left on his contract with the network to host the program.