Marnus Labuschagne is hailed for incredible sacrifice that helped David Warner FINALLY end his three-year wait for a century: ‘The most selfless thing we’ve seen in a long time’

Hitting a Test century is no mean feat. Sometimes it takes a little bit of good fortune, not just immense skill, to reach three figures. On other occasions, the help of a teammate can go a long way.

For David Warner, he will look back on one key moment from his incredible knock against South Africa that helped him finally end his wait for another ton – Marnus Labuschagne’s sacrifice.

Warner appeared destined to make a half century at the MCG after making a strong start to his innings against the Proteas, but a mix up with Labuschagne spelt huge trouble for the veteran.

After hitting South African quick Anrich Nortje through cover for a straightforward single, Warner called for a second after an overthrow in the field.

However, Labuschagne was not expecting the second run and was caught on his heels. He initially sent Warner back but, having seen how far his partner was down the wicket, decided to commit.

Labuschagne launched himself towards the crease, but a strong throw from Keshav Maharaj ran him out for 14 runs. At the other end, Warner hung his head, ashamed to look at his batting partner. 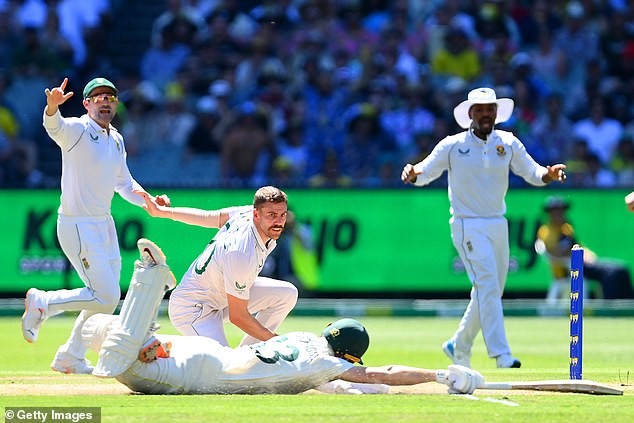 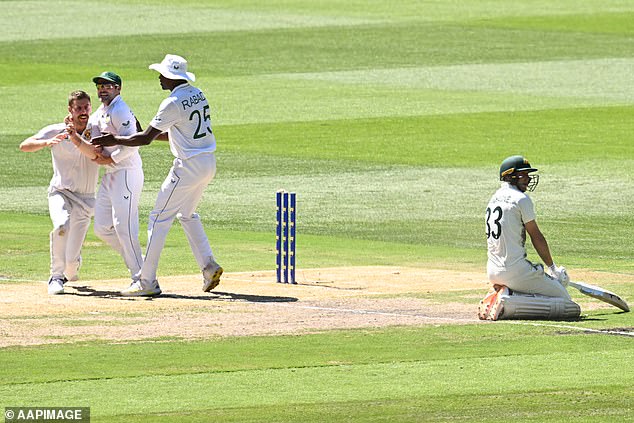 But it was a key moment, as Warner went on to score an incredible double century to end his three year wait for a ton.

‘He’s filthy, both his clothes and probably in his mind at this stage. It’s a real bonus wicket for South Africa,’ South African legend Shaun Pollock said.

‘Warner’s running between the wickets is absolutely brilliant, the intensity that he brings, but you have to have everybody in the team on the same wavelength when they’re running with him.

‘Every once in a while you need to remember it’s a cricket match and not an athletics event.’

But Labuschagne’s selflessness in getting himself run out instead of Warner did not go unnoticed. 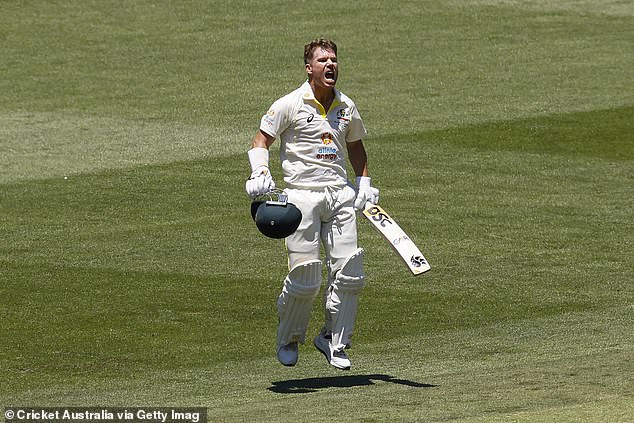 ‘The most selfless thing we’ve seen in a long time,’ Kerry O’Keeffe said.

‘He realised out of the corner of his eye how committed David was, and David thought about turning back and going to the danger end and Marnus said no I’ll go, despite being completely gone for.

‘There has been some freneticism about his running, he’s always looking to turn one into two and he thought there was two immediately, he realised too late that Marnus had overcomitted past the crease.

‘Sometimes frenetic running between the wickets, trying to pinch the extra, can undo you and it has there.’