Married at First Sight UK: Tayah Victoria predicts she ‘will be pregnant within a year’

Married at First Sight UK: Tayah Victoria shocks co-stars as she predicts she’ll be ‘pregnant in a year’ – but her stunned new husband Adam Aveling struggles to get on-board

Tayah Victoria shocked her Married at First Sight UK co-stars after predicting she would ‘pregnant in a year’ with her new husband Adam Aveling.

Estate agent Tayah, 25, tied the knot with electrician Adam, 26, on the E4 show, with the pair connecting emotionally and physically while on a romantic honeymoon together.

But in scenes aired tonight, Tayah left her husband’s jaw on the floor when she told another couple in the experiment that they were already talking about having children together.

Her husband Adam was left shocked she had announced the news to the group, saying: ‘We’ve not properly agreed that’s going to happen by the way, she’s just having visions.’

Tayah Victoria, 25, shocked her Married at First Sight UK co-stars after predicting she would ‘pregnant within a year’ with her new husband Adam Aveling, 26, 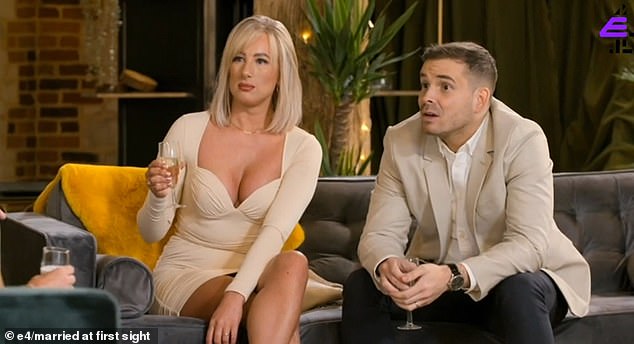 Tayah and Adam settled down to catch up with their fellow newlywed couple Luke and Morag on the show.

Luke told them: ‘You always seem to be on the same page you too.’

Meanwhile a beaming Tayah confessed: ‘You know what we’ve been talking about – this time next year, I’ll be pregnant.’

Adam could barely contain his surprise at her revelation to the group, exclaiming: ‘Don’t drop that bombshell. She’s not pregnant by the way. She’s having visions of it.’ 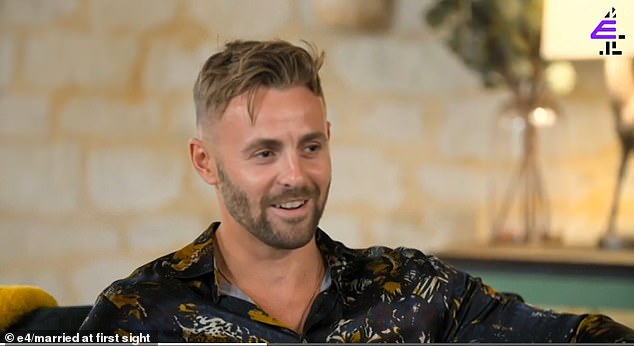 Adam could barely contain his surprise at her revelation to the group, and said it was ‘Tayah’s vision’

‘A little Tay…imagine how sass that child would be. I’d love it.’

But watching backstage, the experts felt Adam was as on-board with Tayah’s plan as she might have hoped.

After being paired by the expert matchmakers on the show last week, Adam faced an awkward moment at his wedding ceremony. 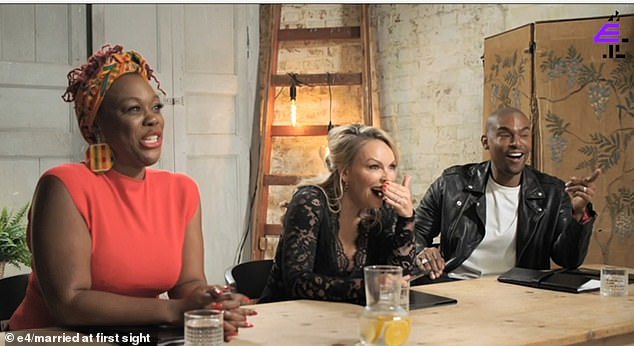 He was blown away by one of Tayah’s bridesmaids, beaming as he saw her and saying: ‘Wow, hi nice to meet you.’

The moment saw one of his wedding guests being forced to remind him the bridesmaid was not his wife-to-be.

Despite the mishap, the bride and groom were immediately keen on each other with Adam calling her ‘absolutely stunning’.

Later, at the wedding breakfast, Tayah was getting along swimmingly with Adam’s parents, who teased him about confusing his bride with the bridesmaid. 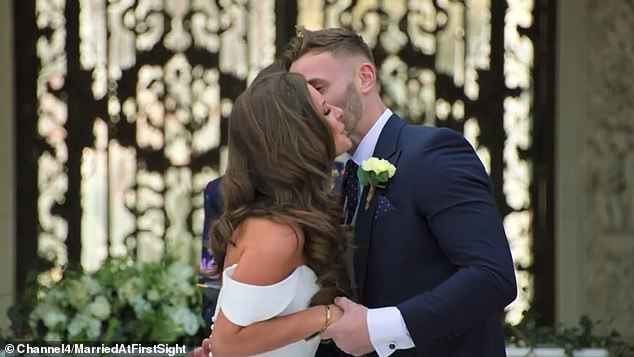 Tayah and Adam have proved one of the strongest couples on the experiment, with the pair connecting emotionally and physically at their wedding and while on a romantic honeymoon together

During last night’s show Married at First Sight UK viewers contestant Megan Wolfe ‘fake’ and claimed she’s only staying in the programme ‘for more airtime’ after cheating on her husband Robert Voysey.

Megan and Robert enjoyed a day at Brighton Pier during tonight’s show on E4, with both agreeing to put the former’s cheating scandal behind them after she kissed fellow star Jordon Mundell at the first dinner party of the series.

However, viewers suggested Megan’s ‘redemption act’ was fake and for the cameras, rather than about making it up to her new husband.

One less than impressed person wrote on Twitter: ‘I don’t believe a word Megan says, feels like an act.’