Married couples sat together and divulged the details of their affairs in an awkward tell-all on national television which viewers described as ‘very uncomfortable’.

On SBS’s Insight program on Tuesday, one woman spoke about catching her partner seeking sex on Gumtree – and a man came clean about cheating on his wife with her best friend.

Mother-of-four Amanda revealed her husband Regan had an affair with her best friend eight years ago.

As Amanda spared no detail in airing Regan’s dirty laundry, she held his hand as he sat stone-faced beside her.

She told host Marc Fennell that her suspicions started when her friend became too involved in her husband’s life.

‘She would end up telling me more about my husband’s day than I knew about and I hadn’t even had a chance to talk to him and she’s telling me quite complicated details of his day-to-day life,’ Amanda said, still holding her husband’s hand.

‘And she would say things that were a little inappropriate at times too which made me uncomfortable.’

Amanda eventually confronted Regan, who denied having any relationship with the other woman and shrugged off his wife’s doubts.

But Amanda wasn’t buying Regan’s excuses, and went through his phone one night to find troves of inappropriate messages between him and her friend.

‘She suggested that he go around there before he started work the next day and that she missed him,’ she said.

Amanda said it felt like her world was ‘crashing down’ and struggled to make sense of the situation.

‘Not just from Regan’s betrayal, but from my friend’s as well, what had I done so horribly wrong to either of these people that they would hurt me in such a devastating way,’ she said.

Amanda briefly moved out of their house, and only returned home on the condition Regan cease all communication with her friend.

Regan said their romance started after he began feeling emotionally rejected by Amanda.

‘I felt that Amanda was showing her family more attention than our small family at the time and I didn’t feel seen by her,’ he said.

But despite the heartache, Amanda wasn’t ready to walk away from her two-year marriage.

‘We had been together for six years and had two children, and it’s a commitment that I took seriously and for life,’ she said.

‘I loved him and that didn’t change because of this awful thing that happened. He was saying to me that he also wanted to make it work.’

‘Our communication in our relationship is a thousand times better than it was then,’ she said. 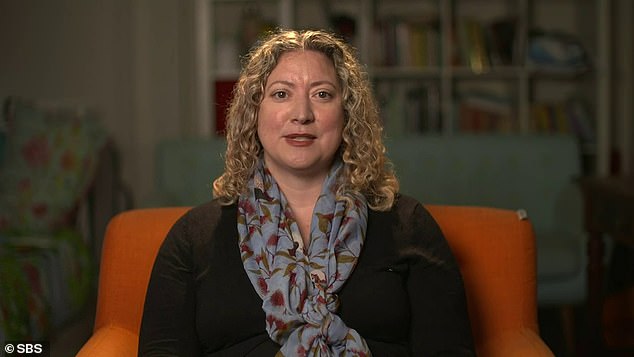 Bonnie, 42, was in a de facto relationship with a ‘charming’ mechanical engineer who she discovered was leading a double life with another woman he had been with for 15 years 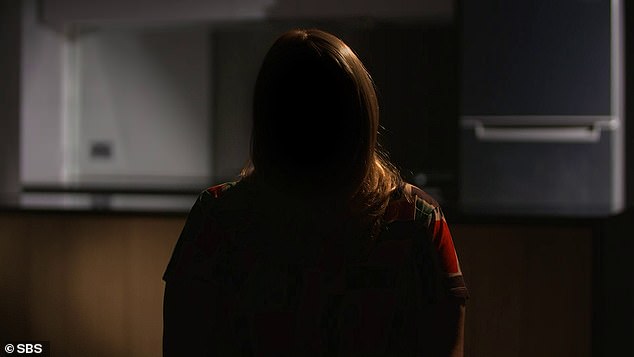 A woman named Georgie, whose name was changed to protect her identity, revealed she fell pregnant to her married coworker several years ago

‘Even the way that we argue and disagree, it’s a lot more tame and we sort of hear what the other person is saying as opposed to arguing about who was right.

‘I know that our love is a lot deeper and our connection is a lot stronger. I know he would never do that to me again.’

Later in the program, a woman named Georgie, whose name was changed to protect her identity, revealed she fell pregnant to her married co-worker several years ago.

Georgie said the man was honest about being married with kids, but revealed he and his wife slept in separate bedrooms.

‘Because we were co-workers and friends already at work for several years, I was aware of his circumstances,’ she said.

‘And when he started becoming over-friendly and I sort of responded to him and said that I don’t get involved with people that are partnered and have a child.’

After an eight-month affair and a series of red flags, Georgie ended the relationship after she caught him searching for sex on the online marketplace Gumtree.

‘I threatened to leave him on numerous occasions. I was heavily pregnant. I guess the final straw was he kept disappearing in the evenings and I was a bit suspicious, having seen the messages on Gumtree,’ she said. 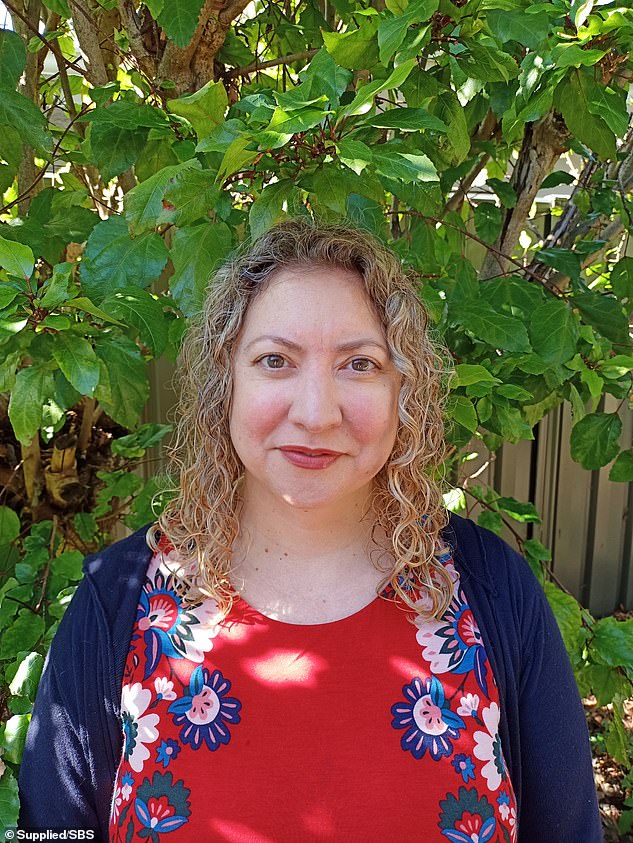 ‘And obviously there’s already a lack of trust considering how the relationship all started.’

She said she never regretted the affair.

‘Ultimately, I confronted him and I said that ”it doesn’t feel hike you’re in this relationship. We’re about to have a baby together. You’re always disappearing”.’

Georgie said she came home from work one day to find the man had packed his bags and fled.

She was then subjected to abuse from other colleagues who called her a ‘homewrecker’.

‘I never had any intentions to hurt anyone. Women are always blamed. I feel I was blamed. He walked away unscathed,’ she said.

‘And it certainly weighs on my mind that my daughter, she’s growing. She’s asking questions and I’m going to have to have those honest conversations with her.’

Bonnie, 42, was in a de facto relationship with a ‘charming’ mechanical engineer for eight years before she discovered he was leading a double life with another woman he had been with for 15 years.

Bonnie and the man moved in together, went on holidays, spent Christmas with his family, started IVF and he would occasionally take her into jewellery stores to try on engagement rings.

But while he was away on what she thought were work trips, he was actually seeing another woman who he also shared a house with just 30 minutes away.

Bonnie said the facade of her relationship crumbled when his secret girlfriend turned up on their doorstep in the middle of the night.

‘I found out about the affair because of her,’ Bonnie said.

‘There was a knock at the door at 2am. I didn’t know it was her. He was in bed next to me so he got up to answer the door and he didn’t come back until later – I rung him asking ‘what’s going on’.’

It turned out his other girlfriend – who he’d been with for 15 years – had found out about Bonnie so she showed up at their home to confront him.

When Bonnie questioned him, he admitted to the affair.

‘Everything fell into place, I realised he’d been seeing her this whole time,’ she said.

‘There was an element of shock when you’re confronted with that. At that moment, every little thing I didn’t understand before started to make sense now.

‘For eight years, I had no clue who she was. But once you know the truth, everything connects… But it was devastating. He just wasn’t who I thought he was.’

The following morning, Bonnie left with her dog and never returned.

One month after the breakup, Bonnie and the other woman got together for the first time to talk everything through.

‘She got in contact with me through a friend. It was a family decision to go see her. I was very nervous because I didn’t know anything about her but we got together to talk about it,’ she said.

‘We met at a bar on his birthday, and had lots of cocktails then we put it on his credit card… It gave me a chance to say to her that I was really sorry even though I didn’t know. 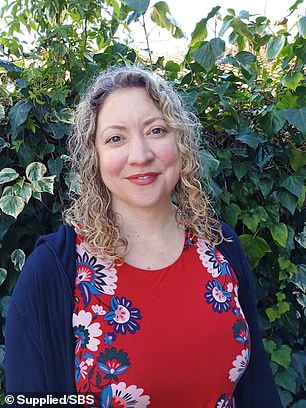 ‘If she hadn’t knocked on my door, who knows what would have happened.’

During their meet up, the pair were both surprised to find they looked ‘very similar’, received all the same gifts from him and he’d taken them on the same holidays.

‘He matched a lot of things up. We got the same things like perfume and makeup. When we’d go shopping, he’d say ‘I’ll get this for my sister’ but he was actually buying stuff for his other girlfriend in front of me,’ Bonnie said.

‘When he wasn’t with me, he was with her. He would go away on regular work trips, it was more often like two weeks at a time. Sometimes he would go in the middle of the week. He could leave when it suited him.

The two women have since struck up an unlikely friendship.

‘There’s a way we’re always linked. Only she and I could understand what happened. She’s a lovely person who didn’t deserve this to happen to her, it’s tricky but we have quite the friendship,’ Bonnie said.

‘We’ve caught up lots of time. It has been really helpful. We always feel that connection in a weird way.’

As they were de facto partners by legal definition, the trio had an unprecedented three-way ‘divorce’ settlement that had never been done before in Western Australia, which was legally messy.

‘I got a share of his asset pool, I thought it would help emotionally but it didn’t,’ Bonnie said.

‘I ended up with PTSD (post-traumatic stress disorder).’

Looking back at her relationship which ended in 2011, Bonnie said there were ‘lots of red flags in retrospect’.