The new married head of the Premier League has been accused of sending inappropriate messages to a former colleague.

David Pemsel, 51, was appointed as chief executive of the Premier League in October this year but will properly begin the role in the New Year.

It was claimed last night Mr Pemsel, bombarded a former female colleague with messages, including one saying ‘You’re staggeringly sexy.’

The married father-of-three knew the woman from his role at The Guardian newspaper, The Sun reported.

David Pemsel, 51, pictured, was appointed as chief executive of the Premier League in October this year but will properly begin the role in the New Year

Days after being appointed as chief executive of the Premier League, he wrote to the woman and said: ‘I suggest we kiss and see what happens’.

The unnamed woman quickly rebuffed the suggestion and said: ‘I suggest this is a bad idea.’

However he then continued to message her, and added: ‘I suggest it’s an excellent opportunity. So if I wasn’t married what would be happening?’

Although it is unclear how the messages emerged, some were reportedly sent by Mr Pemsel as recently as last week.

In one recent message, Mr Pemsel told her: ‘I’m struggling with the friend thing, when I see your pic in a blue dress. Discuss!

‘You do realise you are staggeringly sexy… sorry it has to be said! 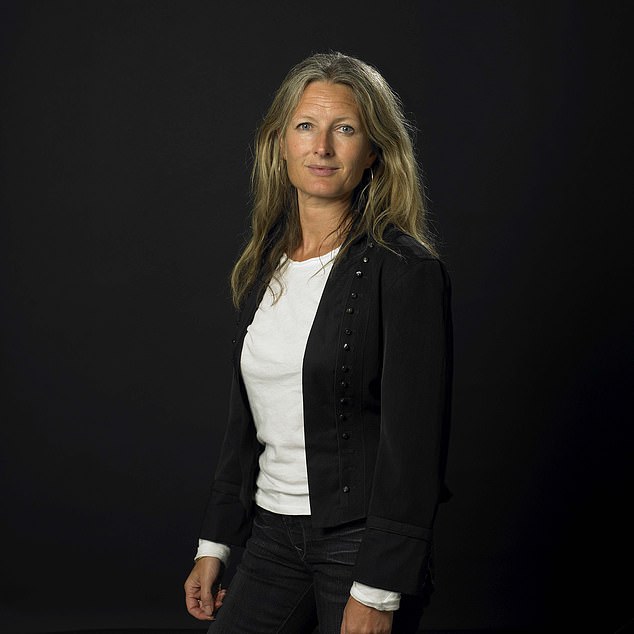 ‘Well for discussion, I’m not sure how I’m supposed to do the friend thing (though I love your company) when I’m interested in seeing you in a hot dress or observing your tattoos more fully. Sorry… It’s just the facts.’

He knew the woman in question for a short period of time while she worked at The Guardian, but she left her position more than five years ago, The Sun reported.

It was only after Mr Pemsel then followed her on Instagram that she approached him to ask for help with her career.

One of the woman’s friends told The Sun: ‘She was quite clear in saying she wasn’t interested in him in that way because he is a married man.

‘He obviously has friends in high places so she wanted to remain in touch.

‘He was always complimentary about her in a work capacity so she expected him to want to help her as a former employee.

‘But he has now been bombarding her with his advances and she just doesn’t think it is on. He has a wife. He said he would never leave her. But he has told (the woman) he will show her a great time and take her to amazing places.

‘And he is always hinting about buying her things. How many times does she need to say no?

‘Now he is going into this new job with the Premier League, it is better he knows he can’t act the way he has been doing with this woman.’

The Sun said the woman confirmed she knew Mr Pemsel from her time at The Guardian but did not comment further.