Married Polish couple want YOU to fund their Brexit!

A Polish couple left furious over the Brexit vote have set up a crowdfunding site to help them raise £10,000 so they can leave — but they have only managed to raise £5, so far.

Michal Kuzniar and his wife Katarzyna believe British people should stump up the cash so they can make the move back to Krakow before the end of the year.

Builder Michal came to Britain in 2006 to work and now lives in a three-bedroom house in the Somerset seaside resort of Weston-Super-Mare.

But he says ever since last June’s vote to leave the European Union, he and Katarzyna have felt insecure about whether they will be able to stay here.

Describing it as a ‘slap in the face’, Michal now wants to raise £5,000 to help his family – including two-year-old daughter Maria – return to Poland and set up home there.

On the Go Fund Me site, Michal says: ‘To all of you lovely people! Together with my wife we have come up with a crazy idea to organise our own Brexit!

‘Therefore we thought to set up a crowdfunding page to raise additional funds that will help us when we return to our homeland.

‘Please remember that every penny counts.’ 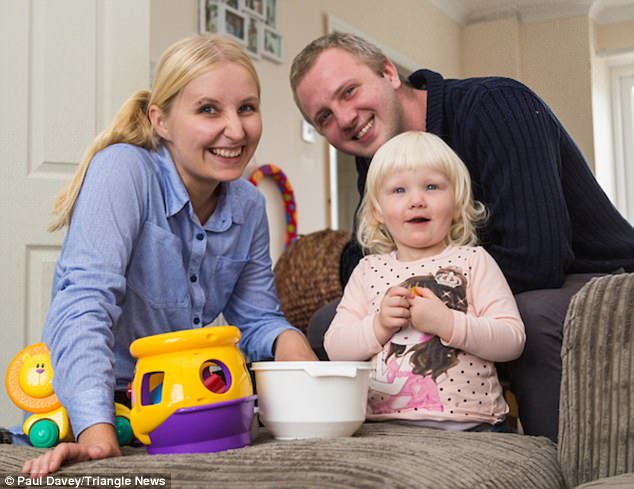 Michal says ever since last June’s vote to leave the European Union, he and Katarzyna have felt insecure about whether they will be able to stay here

He says he has only ever taken child benefit from the UK welfare state, has always paid his taxes and has made many British friends.

But he said the mood changed after last summer’s referendum.

‘We are not sure if we are going to be allowed to stay so we don’t want to take a risk when we have a little one.

‘We didn’t expect it would be that hard or that stressful for us living here after Brexit.

‘My wife is really concerned and really scared of another change for us but we want to make a move for good and settle down and be a secure family. As long as that’s accomplished we’ll be happy. 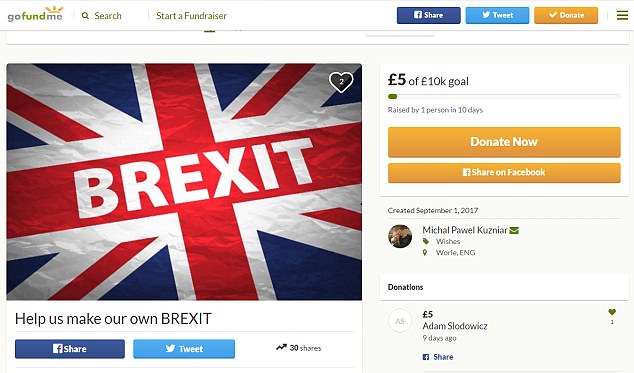 The ambitious goal of £10,000 has got a way to yet because the furious family have only managed to raise £5 so far

‘We just want to feel secure.’

Michal has lived in the UK permanently for 11 years but returned for a visit home at the end of 2014, where he met Katarzyna, 28.

The couple married and had baby Maria, now two, over there and then returned to Britain at the start of 2016.

They said they never expected the leave campaign to win, but since then people have been treating them differently and they feel vulnerable.

Self employed Michal said: ‘Before the referendum it was a lot different, in people’s behaviour.

‘The British community think there’s Brexit and they don’t want us anymore.

‘We get all these questions now from the taxi drivers and anyone I’m working for*.’oh you’re from Poland? Are you going to leave soon?’

‘It’s uncomfortable to speak about. We feel like aliens here.

‘After Brexit I began to feel really bad, mentally.

‘I went to my GPs and am taking anti-depressants. My life has turned by 360 degrees.

‘The main issue is that we don’t feel secure. Before, I could see my future here. 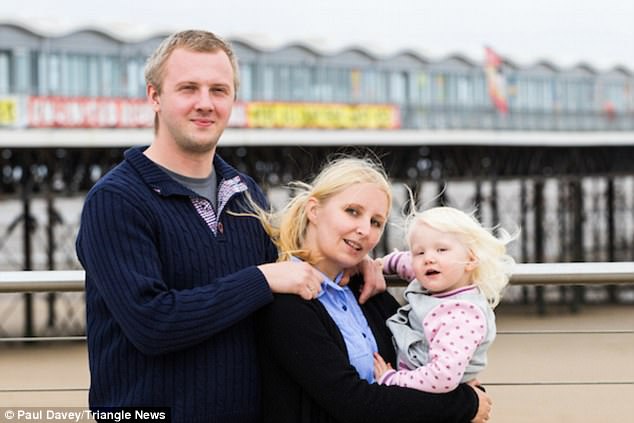 Michal has lived in the UK permanently for 11 years but returned for a visit home at the end of 2014, where he met Katarzyna, 28. The couple married and had baby Maria

‘I wanted to buy a house here and everything would be normal. That kind of feeling that you’re not welcome is horrible. I was treating Britain as my home.

‘Part of the problem for me is nobody has come out and reassured us. Every single day we don’t know what’s happening. It’s like waiting in court for the judge to pass sentence on the rest of your life.

‘For two adults, it will be fine, but when you have a baby and your whole family is here it’s really difficult. Maria could go to school, make friends and suddenly it could be ‘Maria we need to go.’

The Kuzniars want their crowd funding account to pay for sending their belongings back to Krakow, plane tickets and a new apartment over there. 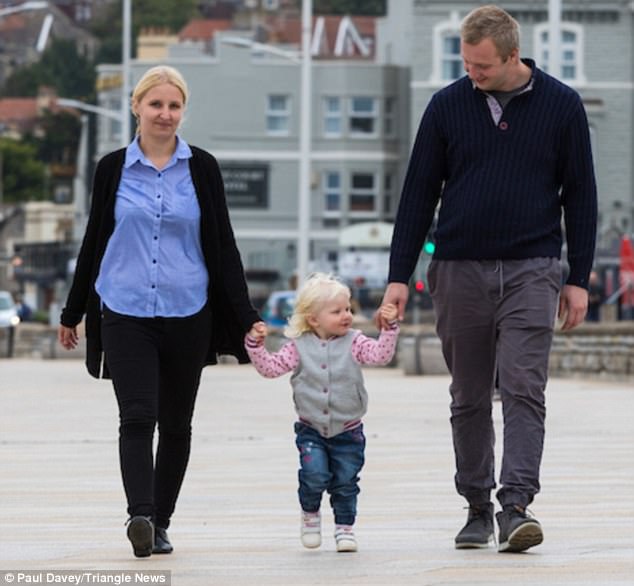 They said they never expected the leave campaign to win, but since then people have been treating them differently and they feel vulnerable

Michal added: ‘The main idea is to have extra emergency funds so whatever happens, even if we come back again, it’s a new life for us.

‘We have some savings but we want to have extra security – you never know what is going to happen. That’s the main point – to feel 100% secure.’

Now the trio hope to raise at least £5,000 before Christmas so they can leave by the end of the year.

He said: ‘My policy was always that you work for your living. I was never looking for help from anyone, but this is an emergency situation and if you don’t feel good mentally and have your whole family to look after, then I think it’s the best time to ask for help.’

Many Polish migrants chose to come to the UK after the enlargement of the European Union in 2004 and it is thought there are now about a million living here.

About 1 percent of Britain’s population now speaks Polish and the language is the second most spoken language in England.

Poland’s Deputy Prime Minister Mateusz Morawiecki, 48, recently said of Poles returning home: ‘It is not all Brexit related. But the vote to leave the EU may have acted as a catalyst.’