Republican senator Marsha Blackburn is trying to make nice with Taylor Swift after learning the singer namedrops her as being the reasoning she became so politically active in recent years.

‘Miss Americana’, which airs on Netflix Friday, mentions that the Tennessee senator’s alleged dismissal of women and gay rights pushed the megastar to enter politics during the midterm elections in 2018.

And it appears the politician has caught wind, issuing a statement where she doesn’t mention the documentary or its subject matter. 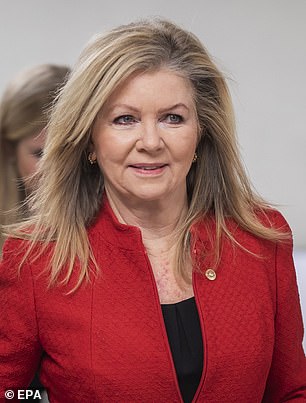 Taylor Swfit’s documentary, ‘Miss Americana,’ namedrops Republican senator Marsha Blackburn as being the reason she became so politically active in 2018

‘Taylor is an exceptionally gifted artist and songwriter, and Nashville is fortunate to be the center of her creative universe,’ Blackburn’s explained to Variety. ‘While there are policy issues on which we may always disagree, we do agree on the need to throw the entertainment community’s collective influence behind legislation protecting songwriters, musicians, and artists from censorship, copyright theft, and profiteering.

‘The Music Modernization Act was a huge win for creators, and the BOTS Act for fans. Growing support behind the AM-FM Act will close loopholes blocking compensation for radio play. I welcome any further opportunities to work with Tennessee’s and the nation’s creative communities to protect intellectual property and ensure appropriate compensation for their creations. On that note, I wish Taylor the best — she’s earned it.’ 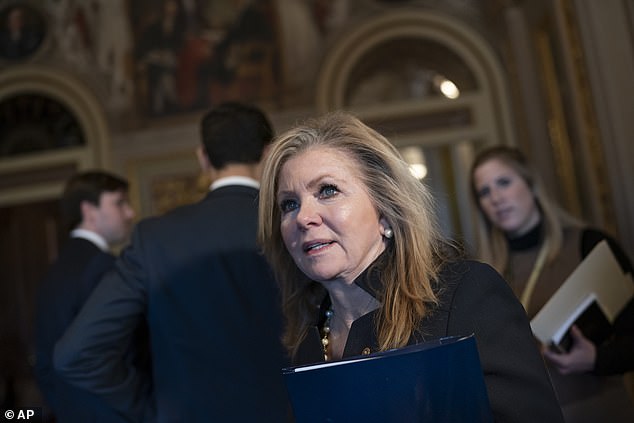 It appears the politician has caught wind, issuing a statement where she doesn’t mention the documentary or its subject matter

In her cover story interview with Variety, Taylor Swift explained that Blackburn’s politics deeply impacted her.

‘I was really upset about Tennessee going the way that it did, obviously,’ she said.

The Republicans’ win in November of 2018 even prompted Swift to pen ‘Only the Young,’ a song dedicated to those who canvassed during the election. The song will premiere in the documentary. 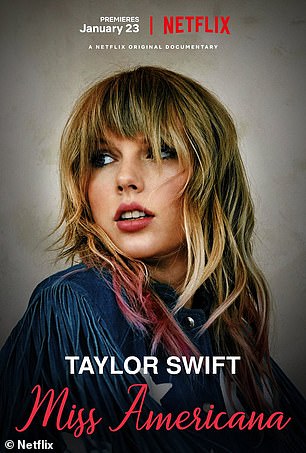 Blackburn briefly appears in the form of a commercial where she touts being a proud conservative ‘deplorable.’

‘She votes against the reauthorization of the Violence Against Women Act, which is just basically protecting us from domestic abuse and stalking. Stalking,’ Swift explained to her team in the doc.

‘She thinks that if you’re a gay couple, or even if you look like a gay couple, you should be allowed to be kicked out of a restaurant. It’s really basic human rights, and it’s right and wrong at this point, and I can’t see another commercial and see her disguising these policies behind the words ‘Tennessee Christian values.’ Those aren’t Tennessee Christian values. I live in Tennessee. I am Christian. That’s not what we stand for.’

Swift later describes Blackburn as being ‘Trump in a wig. … She won by being a female, (representing) the kind of female males want us to be in a horrendous 1950s world.’

‘Miss Americana’ premieres on Netflix at 3am on the east coast and at midnight on Friday.