Martin Freeman looked dapper as he stepped out to the Raindance Film Festival opening night gala screening of Best Sellers at The Dorchester hotel in London on Wednesday evening.

The actor, 50, opted for a navy blue suit and a black tie which he teamed with a crisp white shirt.

He could be seen smiling as he posed on the red carpet alongside his girlfriend Rachel Mariam, 29, who wore a bright red trouser suit with black buttons.

Coupled-up: Martin Freeman, 50, looked dapper in a blue suit at the Raindance Film Festival screening of Best Sellers with girlfriend Rachel Mariam, 29, in London on Wednesday

The French actress wore a black top which matched her pointed shoes and handbag which featured a large silved buckle.

The couple looked cosy as they stood arm-in-arm before heading in to watch the film.

Martin and Rachel do not feature in the film which stars Michael Caine as a cranky author who is forced to take part in a book tour to save his publishing business. 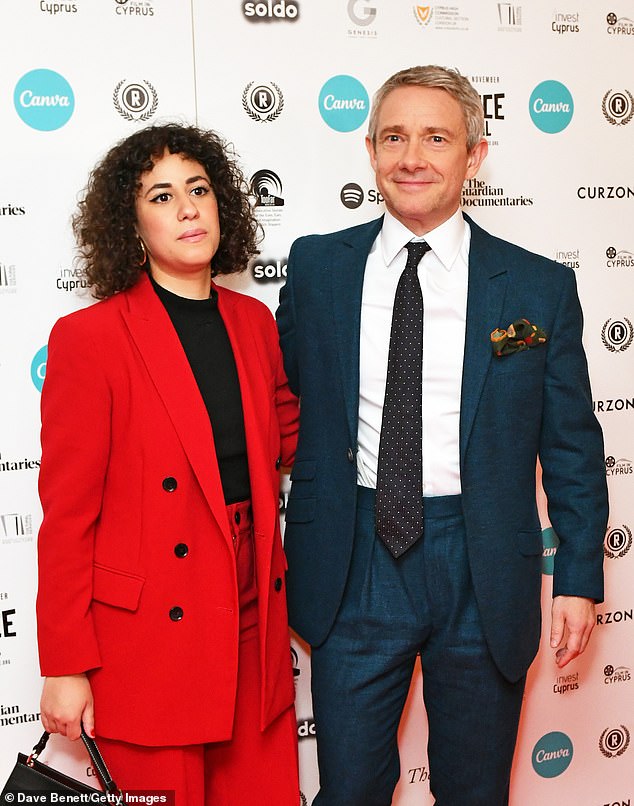 Date night: Martin could be seen smiling as he posed on the red carpet alongside his girlfriend Rachel who wore a bright red trouser suit with black buttons 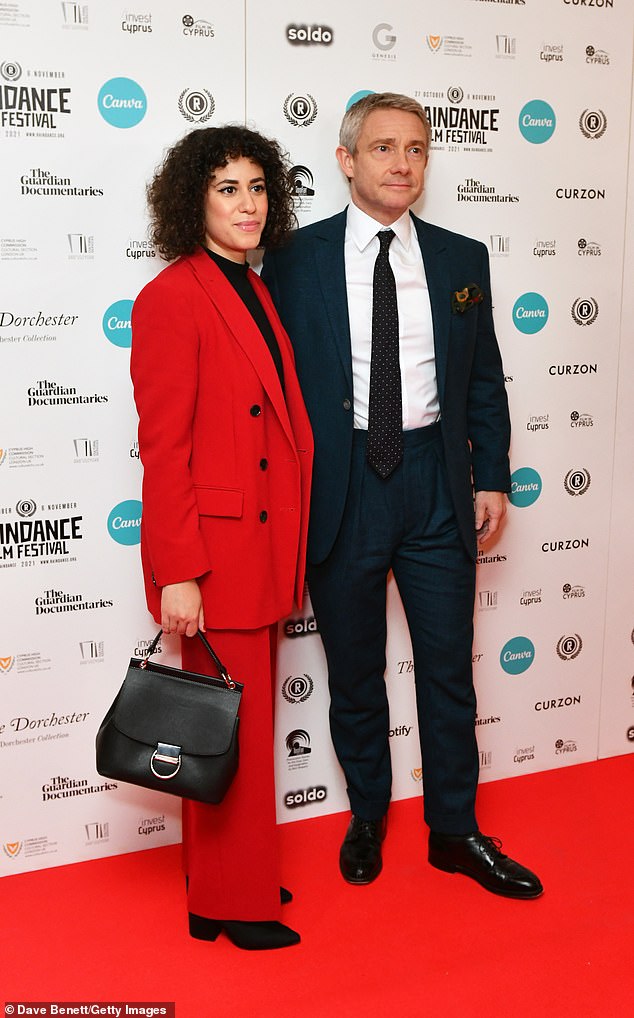 Happy couple: The couple looked cosy as they stood arm-in-arm before heading in to watch the film

Daredevil Jonathan hit headlines, when he fell 40ft after being struck by two exploding cars simultaneously during a rehearsal for America’s Got Talent: Extreme and while updating fans on his health he broke his happy news.

The 41-year-old Welsh escapologist shared a selfie he snapped in hospital alongside a lengthy caption, in which he thanked loved ones for their support while also lauding his fiancée Amanda after weeks of engagement rumours. 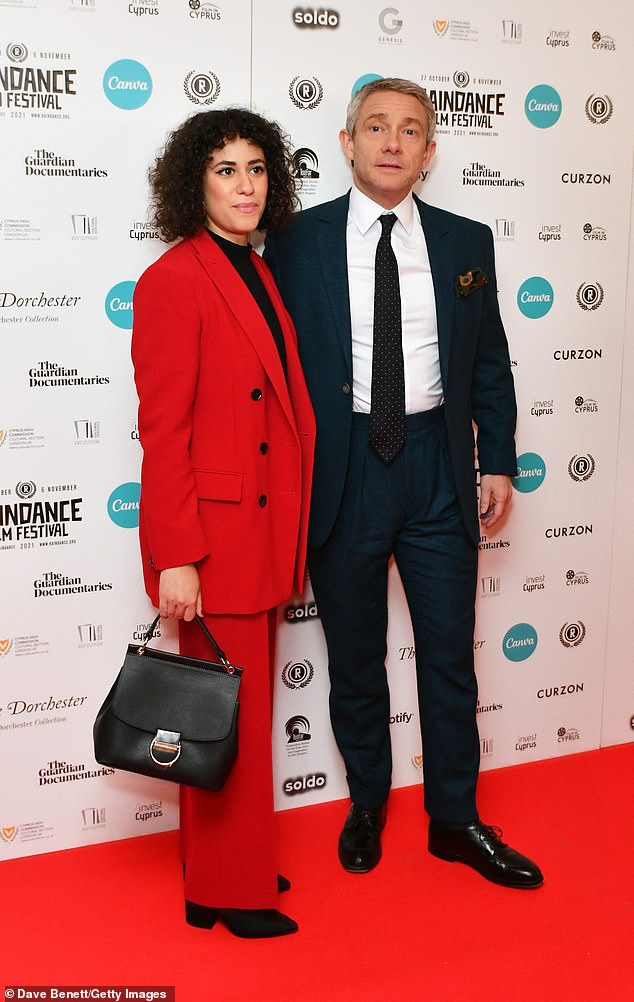 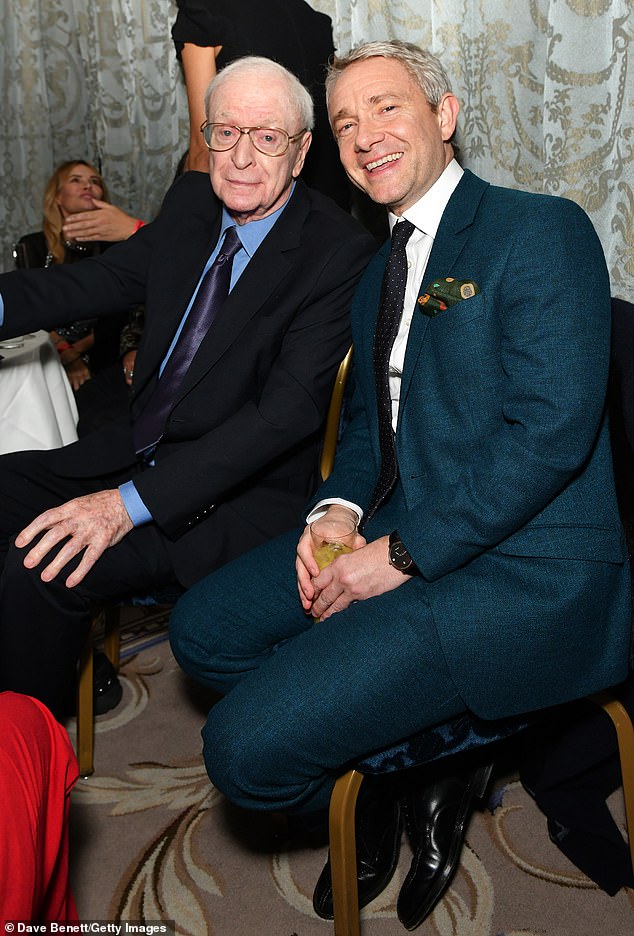 Pals: Martin was joined at the event by Sir Michael Caine who donned a black suit 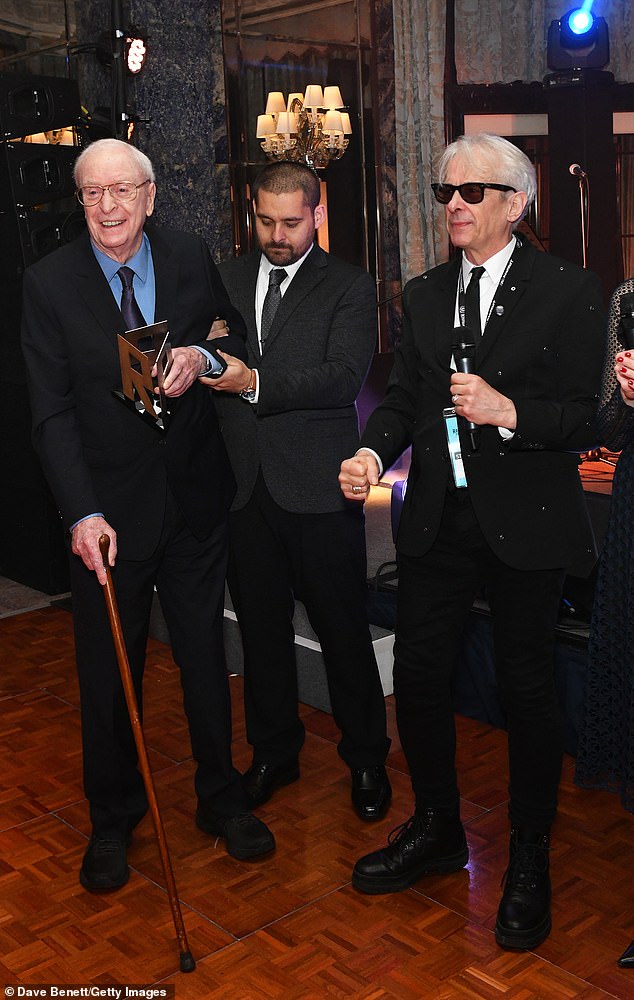 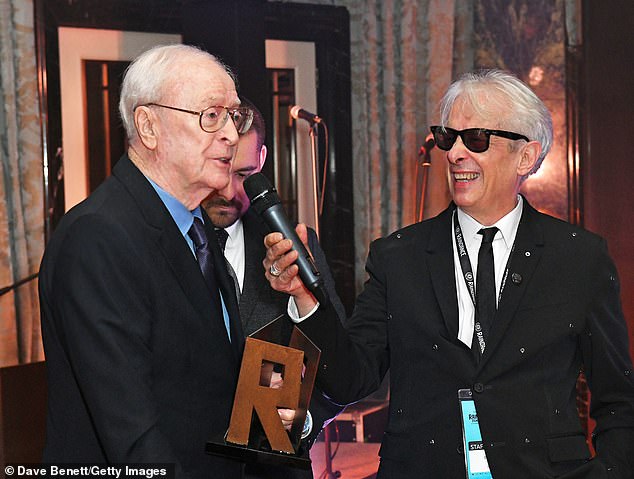 Festival: The legendary actor appeared to give a speech during the event 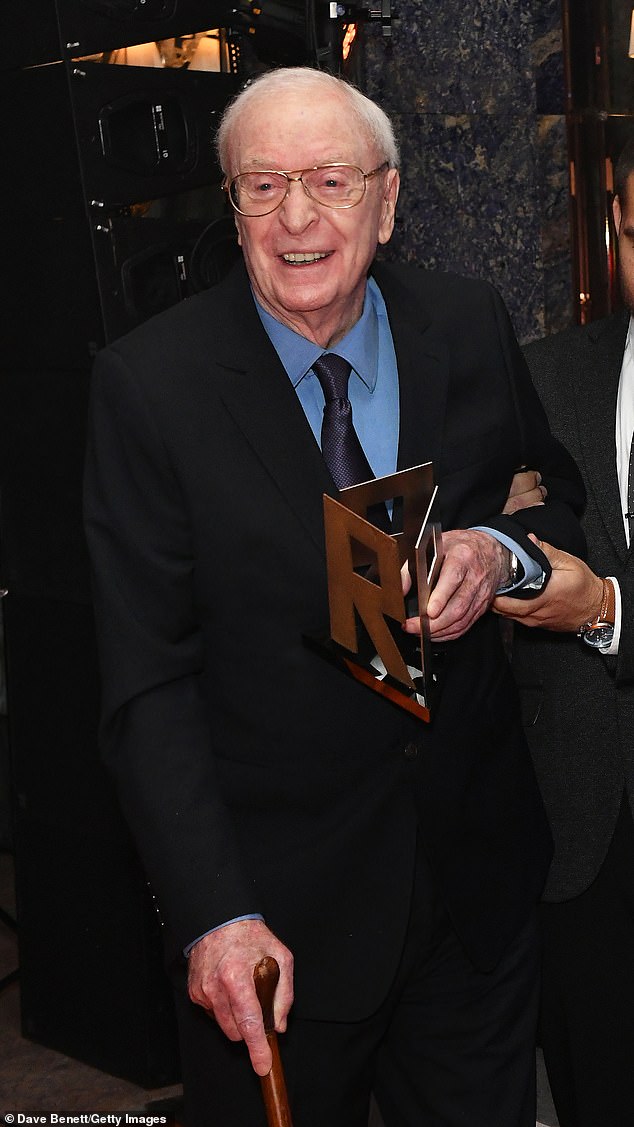 Injury: The star has been using a walking stick since he suffered from an unfortunate ankle injury when he slipped on some ice in February 2018. 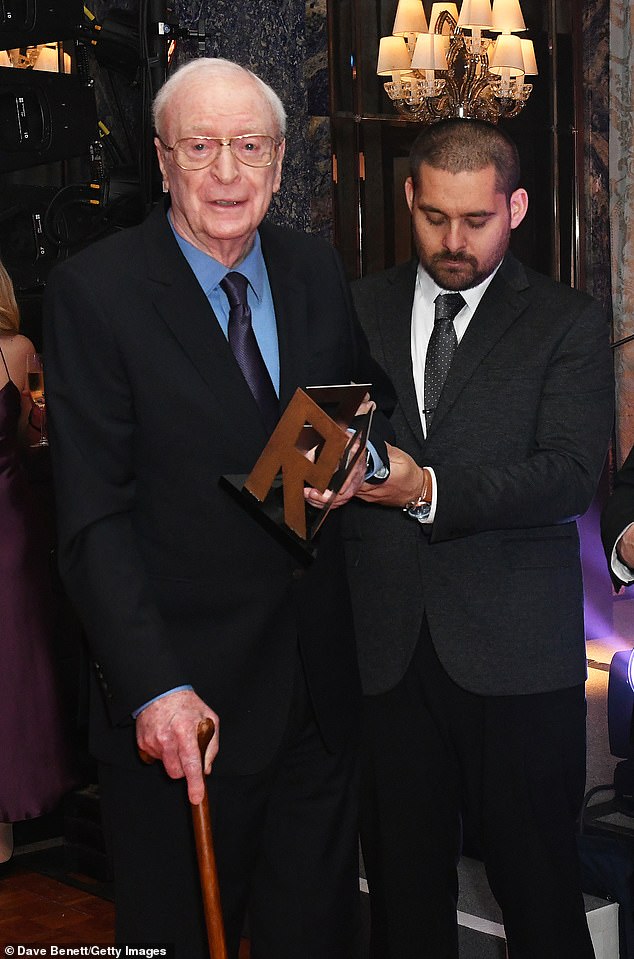 Career: The veteran actor recently spoke out to confirm he is not stepping away from the Hollywood mainstream after prompting retirement rumours during a recent interview 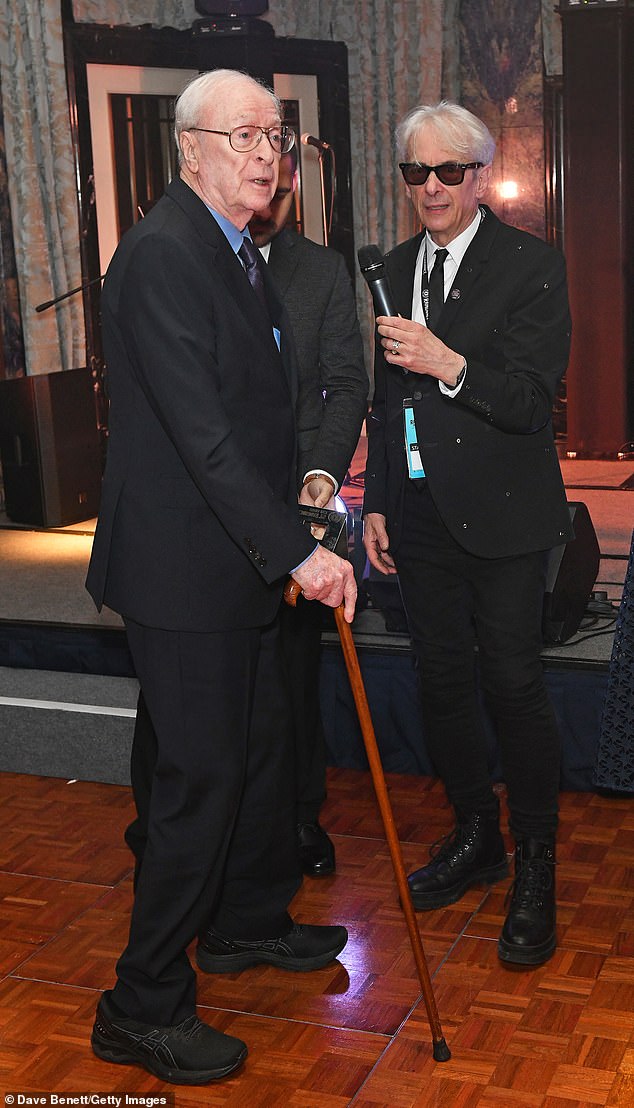 Clarification: Taking to Twitter, he wrote: ‘I’m not retiring, and not a lot of people know that!’ 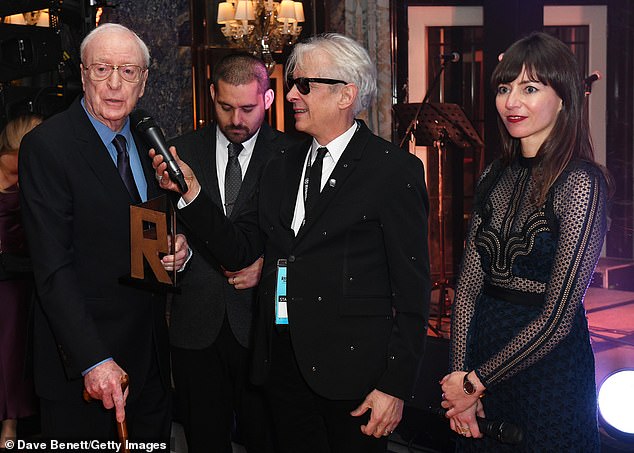 History: Michael began acting in 1953 when he took a job at a repertory company in West Sussex 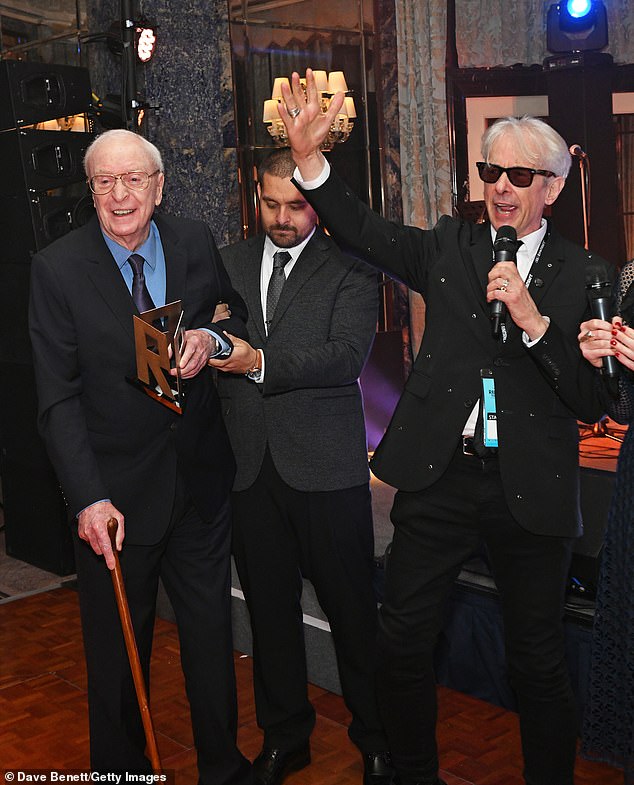 Age: In a recent interview, Michael spoke about the lack of opportunities for older actors, saying: ‘There’s not exactly scripts pouring in for a leading man that’s 88, you know?’

Amanda, who shares two children with Sherlock co-star and ex Martin from whom she split in 2016, took to the comments section of the post to emotionally pen: ‘I love you so much Fusband. We’ve totally got this.’

He wrote: ‘Then most importantly my fiancé and the best thing to ever happen to me, Amanda.

‘I have been to the very brink and dodged the worst that a human being can, without fear…because I was protected by love. Love is all you need, so make sure you get some, cos its good s***. ‘ 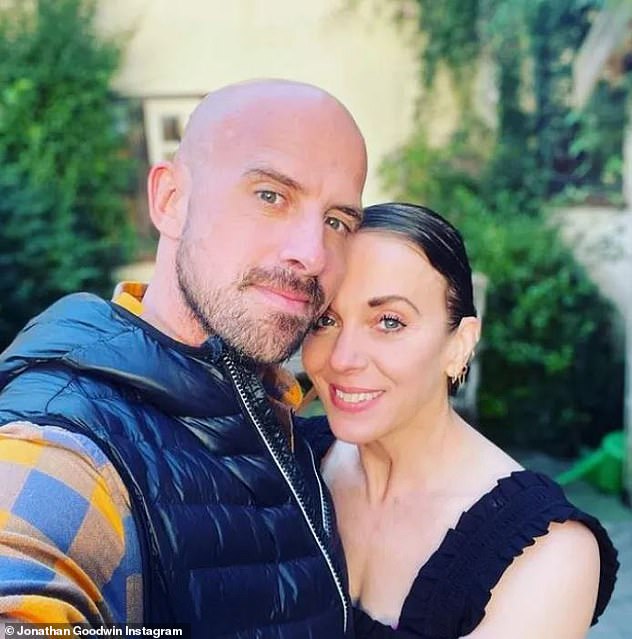 Loved up: In a social media post Welsh escapologist Jonathan confirmed his engagement to Sherlock actress Amanda after weeks of engagement rumors

Confirmed: Death-defying American’s Got Talent star Jonathan broke his silence over his near-death 40ft fall while rehearsing for the show

There have been rumors that the two had been engaged for weeks after Jonathan added an engagement ring to his bio earlier this month, suggesting he had popped the question.

Amanda shared her first picture with Jonathan last week, posting a throwback from a recent romantic getaway that she captioned: ‘When in Vienna, you hang out at the graveyards. What of it.’

Her post came after Jonathan shared his first picture of the pair earlier in the month, penning: ‘That was possibly the longest game of hide and seek ever….❤️’

Amanda then commented: ‘I love you. ❤️’

The Safe actress also confirmed her romance to The Daily Mail’s Richard Eden, gushing: ‘Jonathan sets fire to himself and catches bullets for a living, but is also grown up, sensitive, and considerate. I’m completely besotted.’ 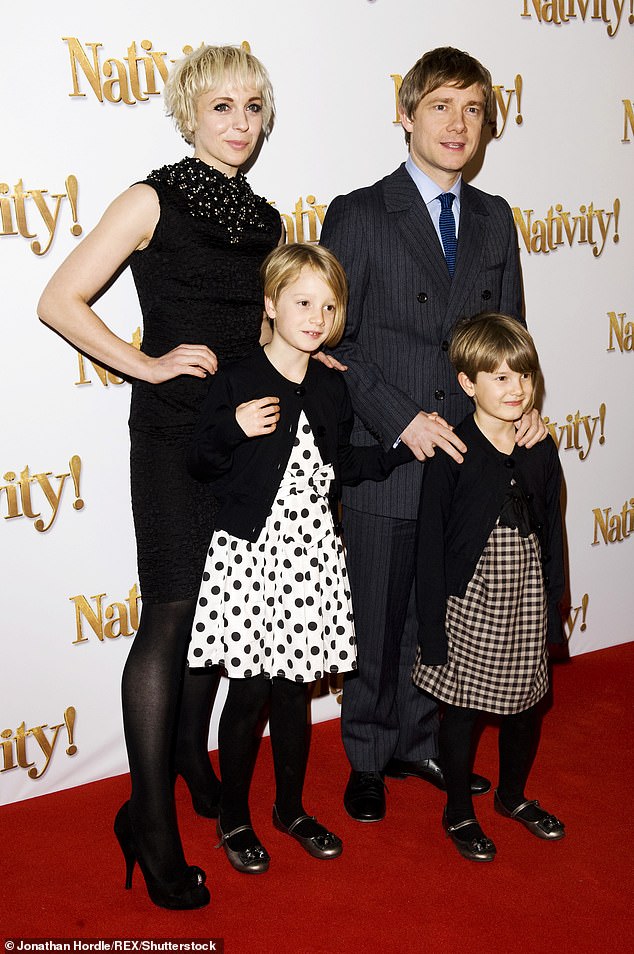 Past relationship: Amanda shares two children with Sherlock co-star and ex Martin, as the family are seen together in London back in November 2009