MARTIN KEOWN: Playing three at the back could be England’s flexible friend going forward

MARTIN KEOWN: Playing three at the back could be England’s flexible friend going into the future and Conor Coady’s call-up makes the idea of a change in system more of a possibility

We have seen Sheffield United and Wolves come up from the Championship and hold their own in the Premier League playing three at the back.

We have seen Arsenal win the FA Cup using a three, and how Liverpool struggled to break Mikel Arteta’s side down in the Community Shield.

We have seen Frank Lampard occasionally employ a three at Chelsea. Now we may see Gareth Southgate revert to the system that took England to the 2018 World Cup semi-finals. That could come against Denmark on Tuesday if not tomorrow evening.

It is about evolving. This is a very different group from the one of two years ago, and Southgate might see this crop as better suited to a three.

I loved hearing Conor Coady talk about the moment he received the call from Southgate.

There was no bottling up of emotions — you could sense his excitement. Coady’s call-up makes the idea of a change in system more of a possibility.

He has been at the heart of a three-man Wolves defence, starting every Premier League game last season. Coady is one of several central defenders in Southgate’s squad, with Liverpool’s Joe Gomez and Tottenham’s Eric Dier two others I admire.

I found playing in a back four easier than a three, though it helped that we had world-class midfielders at Arsenal who allowed us to control games.

But there is life in the other system. 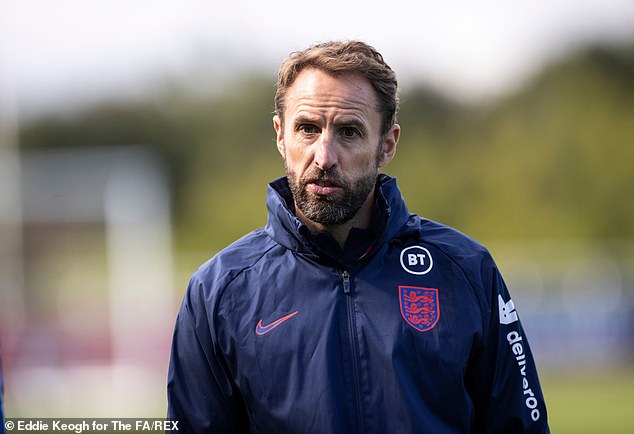 It gets results, as Chris Wilder’s Sheffield United showed last season. After the 2018 World Cup, Southgate decided it was time to change and England played four at the back, with one midfield sitter, two men either side of him and three up top. The next year is big for Southgate.

The French have already set the benchmark for England ahead of the European Championship next summer.

They have ridiculous strength in depth. The likes of Manchester City’s Aymeric Laporte and Bayern Munich’s Kingsley Coman will not even be in their squad to face Sweden tonight.

Southgate now has a chance to develop young players and build towards next summer’s tournament, where he will be expecting to be successful.