Martin Lewis has cancelled his upcoming television appearances after being diagnosed with a severe throat ulcer.

The Money Saving Expert founder was forced to cancel his his scheduled appearances on Good Morning Britain after he was left in agony from an ulcer.

The 46-year-old wrote on his social media pages that viewers were unlikely to see him on television due to his illness.

Posting on Twitter, Martin wrote: ‘Throatgate day 4. Thanks for all the well wishes. I wanted to give you an honest update as so many of you have been asking and been so kind.

‘Last night I saw a specialist who confirmed I’ve a large, vicious ulcer in my throat (I won’t post a picture of it) – not a cold/flu.

‘Unfortunately eating and speaking are truly agonising, causing the left of my face and neck to go into spasm – leaving me close (or sometimes in) tears.

‘There is no treatment but to wait, though I’m finding that tough as there’s no sign of improvement and sleeping is hard.’

He revealed he wanted to film some links for Monday in advance and was given local anesthetic by his doctor.

He explained: ‘I’m going to go and try and film the links for my Monday show today. I’ve been given a special local anaesthetic to get me through it (I’ve been told doing it won’t make things worse).

‘The team are very considerate – I won’t be able to do retakes – and will have to rest 20 minutes before each take. 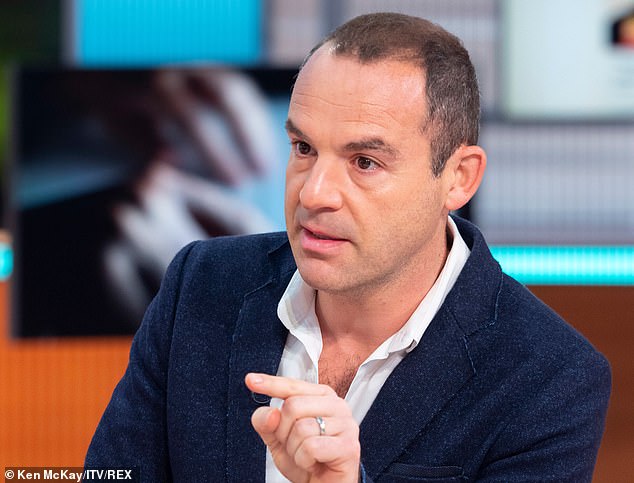 ‘I must admit to literally shaking with nerves about leaving the house to do it, but I’m doing it as I want to, as sitting in the house in pain has made me rather low.’

It proved to be a success according to Martin, although viewers will have to wait until next week.

He added: ‘Yesss! Just back from filming. I managed to make it through – not that sparky (you’ll see on monday) but enough.

‘The anaesthetic spray worked wonders. Now need to steel myself for stopping the spray and the pain coming back. Feel much better again having been productive tho.’