Three men have been charged after an ugly brawl broke out with a police officer during the annual lighting of the Christmas tree in Sydney’s Martin Place.

Police were patrolling the event at 6.15pm on Saturday when the three men were allegedly booted from a nearby store by security for creating a disturbance.

One of the men allegedly jumped on the stage after stealing a traffic wand from an official attempting to direct the thousands who turned up for the iconic ceremony.

When police arrested the accused, his friends allegedly tried to intervene.

Dramatic footage showed one of the men grappling with the police officer, before both eventually fell to the ground as security guards rushed in to help.

A 23-year-old man from Wentworth Falls has been charged with offensive behaviour, resisting police and larceny.

His friends, aged 20 and 21, were charged with resisting police and offensive behaviour.

The 20-year-old was also charged with assaulting an officer.

They have been given bail to appear in Downing Centre Local Court on January 15. 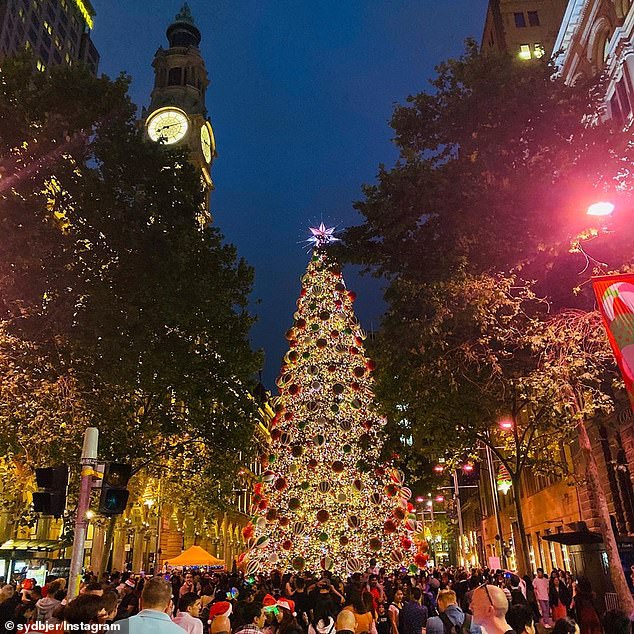