Sydney’s self-proclaimed Mayor of Martin Place has been slapped with an AVO by his former girlfriend after an explosive game of UNO left her ‘upset and afraid’.

Nina Wilson, 20, briefly dated Lanz Priestley, 72, after the couple met on the street – but she says after a game of cards took a bitter turn on Saturday she never wanted to see the man again.

‘I have never been afraid of him like I was that night,’ Ms Wilson told Daily Mail Australia.

Nina Wilson, 20,pictured left, briefly dated Lanz Priestley, 72, pictured right, after the couple met on the street – but she says after a game of cards took a bitter turn on Saturday she never wanted to see the man again 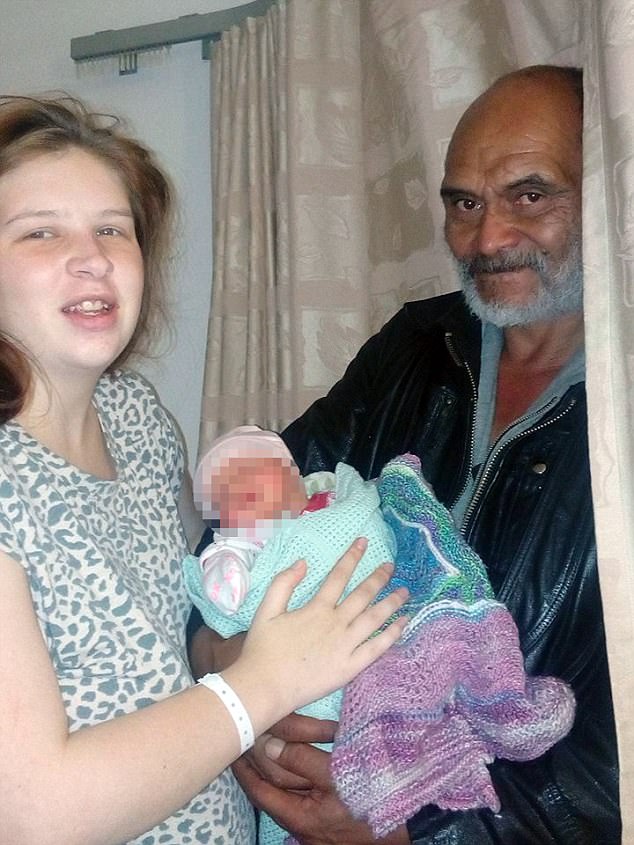 The former couple, pictured here after the birth of Nina’s baby, who she now reveals is not Mr Priestley’s 12th child 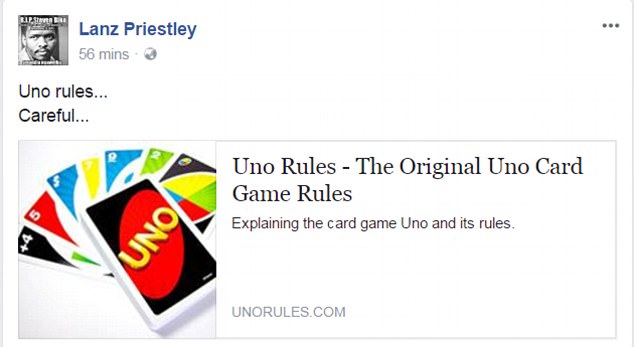 Mr Priestley joked about the fight by posting this online

During the argument Ms Wilson claims she asked Mr Priestley to leave, when he wouldn’t she became frightened and called police.

A statement of facts tendered to the police claim the fight broke out at about 8.45pm in the young mother’s inner-city apartment.

In her statement to police, Ms Wilson said after Priestley left her home, he returned a short time later and ‘stared through the window’.

Police served Mr Priestley with an interim AVO, and he is due to face Waverley Local Court on Thursday.

The former couple, who announced they were expecting a baby together earlier this year, both told Daily Mail Australia they will never speak again following the argument. Ms Wilson also claimed Mr Priestley is not her daughter’s father.

‘She is not his 12th child like he proclaims,’ she said.

Mr Priestley told Daily Mail Australia the couple’s fight was over how to play the popular children’s card game.

‘Contention was around order of play,’ he said.

‘I suggested she read the rules. She did and told me she was right despite what the rules said. 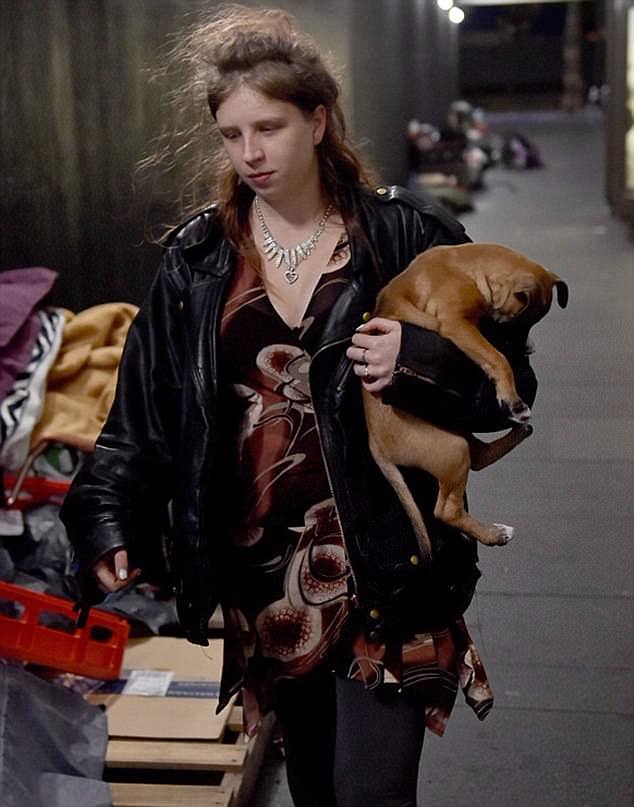 A statement of facts tendered to the police claim the fight broke out at about 8.45pm in the young mother’s inner-city apartment 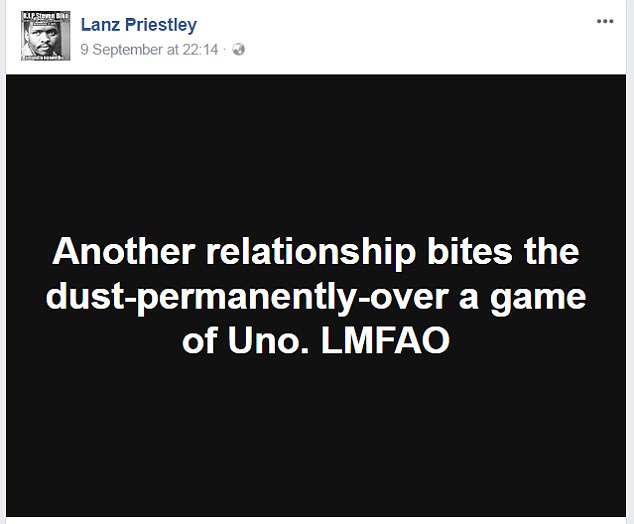 Mr Priestley posted about the failed relationship online, days before he was slapped with an AVO 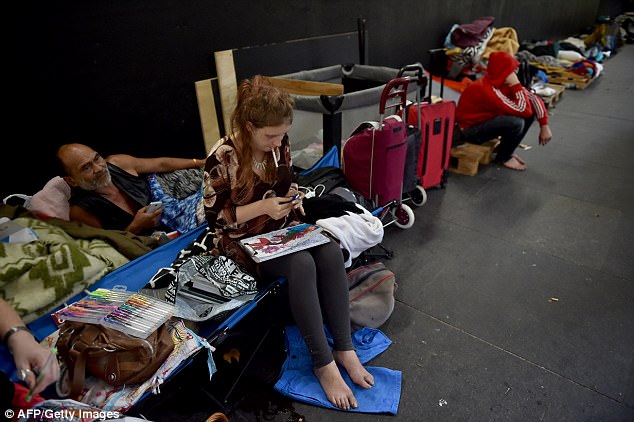 On Tuesday he taunted the young mother still, by posting up a link to the game rules

‘We had played for six months without dispute,’ he said.

The street activist went on to use his social media accounts to talk about his troubles.

‘Another relationship bites the dust-permanently-over a game of UNO,’ he wrote.

On Tuesday he posted a link to the game rules.

‘(Priestley) told (Wilson) that because she had taken the cigarettes, he was going to take the lounge she was sitting on because it was his,’ the police facts state.

In the days after the fight Mr Priestley revealed he ‘never cared about the couch.’ 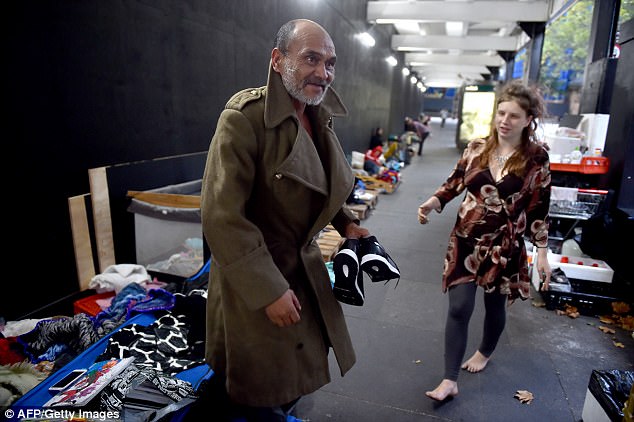 ‘I see this as redefining two words, absurdity and overreaction,’ he said of the AVO proceedings

‘I see this as redefining two words, absurdity and overreaction,’ he said of the AVO proceedings.

Ms Wilson said during the argument Mr Priestley made her feel ‘unsafe in her own home’.

According to the police facts Ms Wilson remains ‘fearful for her safety’ in the home.

‘The role of police is to enforce state and federal laws, not UNO rules,’ he said.

The AVO application will be seen before Waverly Local Court on Thursday.

Mr Priestley led the charge to keep the homeless kitchen in Martin Place in June. It has since been moved on by the local council and police. 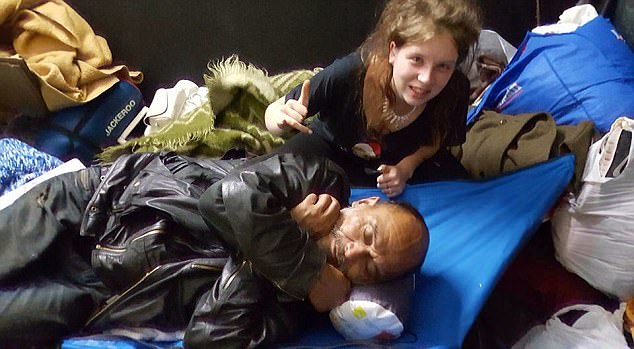