MARTIN SAMUEL: The grasping, selfish football clubs out to exploit this coronavirus pandemic

MARTIN SAMUEL: The grasping, selfish clubs out to exploit this pandemic… their letter to have Manchester City banned from Europe is a shameful power play

Couldn’t they have just watched a box set or something? No, instead, to pass the time while in lockdown, the Premier League’s biggest clubs, plus some who think they should be, and a sprinkling of opportunistic hangers-on, have composed a missive that seeks to shape the coronavirus crisis to their own self-serving ends.

It seeks to sweep away due process and place unnecessary pressure on the Court of Arbitration for Sport. Obviously, they think there’s a few quid in it.

The top 10 — bar Sheffield United, and good for them — seek to ban Manchester City from Europe next season, regardless of the state of their appeal against a UEFA-imposed sanction.

For obvious reasons, this process has been delayed. The coronavirus outbreak has led to the suspension of business at CAS with Manchester City and UEFA warned of an inevitable backlog when the court resumes.

It could be that the appeal is not heard before the 2020-21 Champions League campaign begins. Not that anyone has the first clue when that will be; even UEFA.

No matter, because the grasping Premier League clubs want City out anyway. It is the most shameful power play and will, it is hoped, be treated with the contempt it deserves.

The letter presumes City have been seeking to delay the process in order to gain entry next season. Actually, they haven’t. There has been no request for a stay of execution. Indeed, it was City’s desire to have the CAS hearing as soon as possible.

Why? Well, the wider world may not agree, but Manchester City’s executives think they will win at CAS. Their view is that a drawn-out process, one that dragged through the summer, would make it hard to plan for next season.

What could they tell players about the short-term future, what project could they sell to transfer targets? City did not drag their feet submitting the appeal at all. 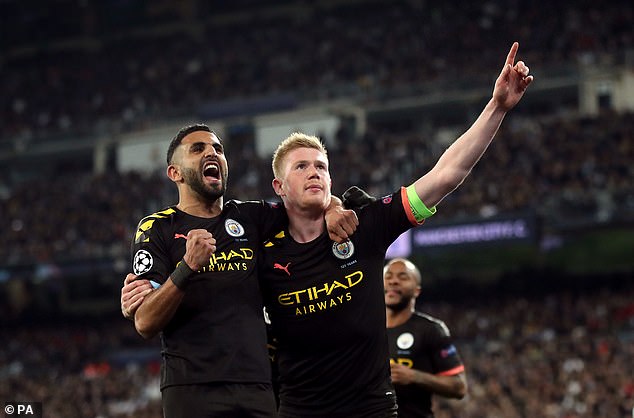 Of course, if CAS simply couldn’t deal with the legal challenge in time for the next Champions League campaign circumstances may change.

Yet it is unlikely UEFA would be happy excluding City from Europe before an appeal is heard, either, as it could lead to a substantial legal claim for loss of earnings if CAS did not side with the governing body.

So this is a letter to prevent a play that has not been made, to override the right to an appeal that has been the subject of force majeure, exploiting a global pandemic for selfish ends.

Don’t these people ever take a day off?