Arsenal have a Champions League front two, a mid-table midfield and a defence that could get any manager the sack and a lesser club relegated.

With this combination, they are where they deserve to be in the Premier League right now. This isn’t an elite club in any aspect, bar historic size and reputation.

Unai Emery didn’t do a good job as Arsene Wenger’s successor, but nor did he do a wholly dismal one.

He took Arsenal to a European final and to within two points of third place last season. They will qualify for the Europa League knockout stages in the current campaign, providing they do not go down by a five-goal margin to Standard Liege in the last group game. And while Arsenal are eight points off the top four, they are a point behind fifth-placed Wolves.

Which is about right. That is Arsenal’s level. When a smaller club fall away we hear a lot about how their fans should be realistic and accept their status. Newcastle supporters are told it all the time; so too the followers of West Ham, Southampton, Everton, Aston Villa. These are the also-rans. They should know their place.

Well, the same is true of Arsenal. Where did they expect to be this season, with that defence? What heights were they expecting to hit with that midfield?

Emery made mistakes, no doubt of that. Yet let’s not pretend he was at the helm of a top-four squad. Manchester City and Liverpool are a different class. Chelsea have more promising younger players, and better older ones, too.

How many of Emery’s team would start for Leicester, or even Wolves? Every club ahead of Arsenal on points have a stronger reserve of talent, and while Sheffield United and Burnley have inferior individuals, both are stronger as team units.

So Emery was shooting par. He had Arsenal where they should be. The problem was that Arsenal had got used to birdies under Arsene Wenger. He staved off decline longer than the owners deserved.

Perhaps recent events will put his twilight years into perspective, too. If anything, his greatest failing was that he allowed Stan Kroenke’s regime to coast, qualifying for the Champions League with average groups of players.

By the end he could not maintain that record, Emery could not revive it and the club did not do enough to affect real change. 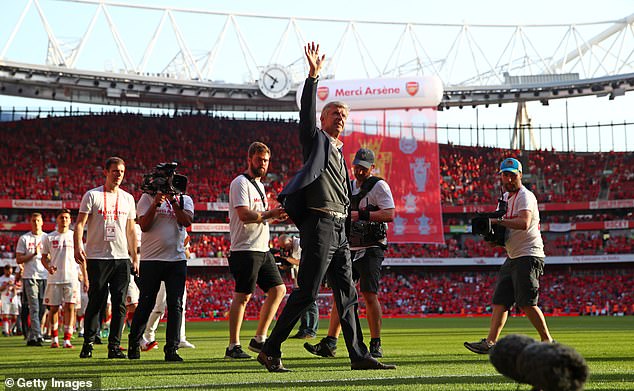 Of course, many of the mistakes were Emery’s own. The confused idea of a leadership group, or of Granit Xhaka as captain, were poor judgments. Emery’s Arsenal lacked identity and resolve, particularly away.

Yet it was not as if the recruitment policy gave him numerous options. Equally, a late and cut-price deal for the erratic David Luiz was probably not Emery’s first thought when strengthening the defence. Given that this had long been Arsenal’s weakness, the blame cannot lie solely with the manager.

So many of Arsenal’s faults were foisted on him. An obsession with Borussia Dortmund’s cast-offs, the award of an expensive, long-term contract to Mesut Ozil — Emery has too often appeared the hapless stooge, retreating to his talk of endless analysis, his platitudes alienating the fans but helpfully obscuring the mediocre regime around him.

Ivan Gazidis, the handsomely rewarded chief executive, hid behind Wenger for years and then left as soon as his human shield departed. Sacking Emery now will fulfil a similar objective for those who have allowed Arsenal to further stagnate.

Arsenal have a head of football, technical director, managing director, and an owner who used to be paid £3m for advising his own business — where are they in all this? Emery was an easy target and an easier scapegoat, but Arsenal have been losing touch with the leading pack for years. Liverpool had a problem in defence and bought Virgil van Dijk and Alisson; where is that dynamism at Arsenal? 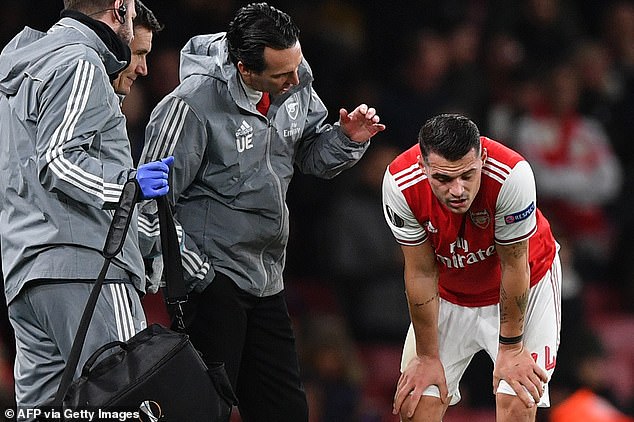 The confused idea of a leadership group, or of Granit Xhaka as captain, were poor judgments

The same criticisms aimed at Wenger 10 years ago are thrown at Emery now. Arsenal lack leadership, are soft in the middle, weak at the back. Emery did not resolve these problems but how could he? Now that recruitment is its own department and not some names in a manager’s little black book, why is it still one man held responsible when flaws go unaddressed?

Someone gave Ozil his contract, someone left it until the final days to replace Laurent Koscielny, someone let Aaron Ramsey go, someone assembled a squad featuring two outstanding strikers and a wider group that can barely scrape a place in the top half of the table. And while Emery would be party to many of those decisions, he is not the sole architect of this underwhelming season.

He leaves Arsenal no different to how he found it. Anger beyond the perimeter fence, mediocrity within it, yet still with the delightful capacity to score some very good goals. There is a limit to how far you can go with that, mind. It’s about eighth.