Antonio Candreva sealed a crucial win for Inter Milan with his first ever Champions League goal as Borussia Dortmund fell flat at the San Siro.

Lautaro Martinez, who netted the opening goal in the first half, missed a penalty six minutes from time but in the end it did not matter as Candreva was on hand to fire a rocket past Roman Burki in the final stages.

Dortmund arrived in the Italian capital top of Group F, ahead of favourites Barcelona after two round of matches, but fell well short of expectations on Wednesday as Lucien Favre’s side struggled to keep pace with their hosts. 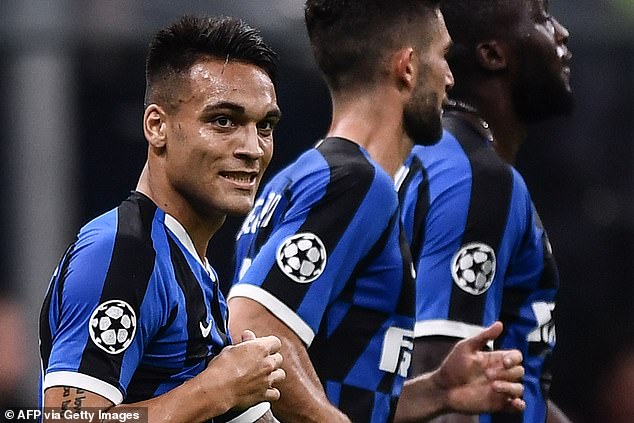 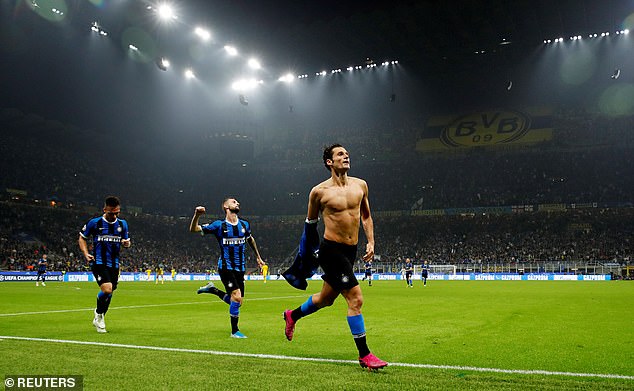 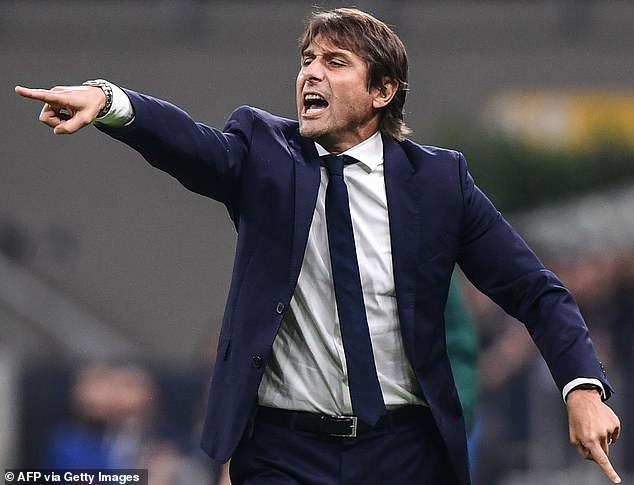 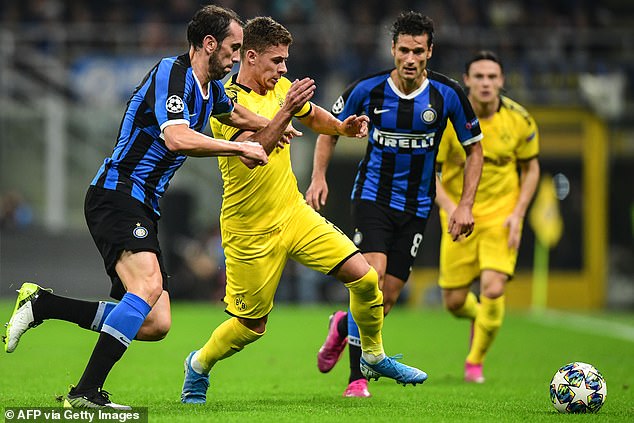 Speaking to Sky Sport Italia following the win, goalscorer Candreva said: ‘There is great enthusiasm at the moment and the desire to do well, to improve, to suffer all together.

‘We must continue like this. Today was a great game. We will celebrate until midnight and then will turn our attention back to the league.

‘It was a truly a great test. We must keep our focus and cannot relax.

‘We know that the qualification is still possible for all teams in the group.’

Martinez is in fine form following his brace against Sassuolo at the weekend and he reacted quickest after 22 minutes to score the opener on the stretch.

Chances for both sides dried up for long periods thereafter before Martinez was handed the chance to get his — and Inter’s — second from the penalty spot with less than 10 minutes remaining.

Antonio Conte was frustrated at the opportunity being passed up but his side continued to be positive, sensing a tired Dortmund were there to be got at.

And so it proved with one minute remaining of normal time. 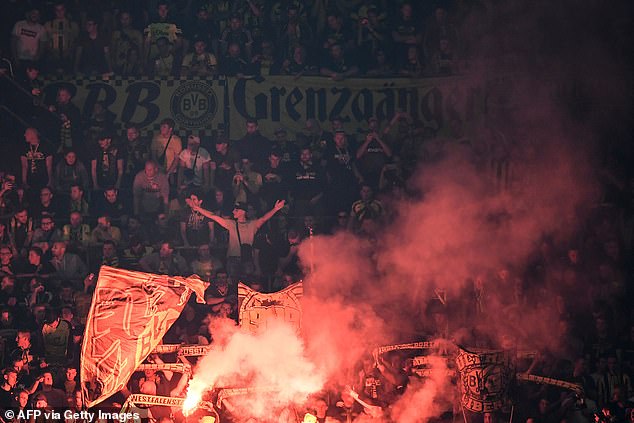 Thirty-two-year-old Candreva showed the pace of his younger days to lose his marker and with Martinez screaming for the ball to be rolled across the box, the winger picked out the top corner of the net to seal victory in style.

‘Borussia Dortmund changed their system to five at the back, which means they were afraid of us and wanted to play by changing their approach to mirror ours,’ Conte told Sky Sport Italia.

‘We had prepared for a very different match, but did well to adjust. When Dortmund switched back to 4-2-3-1 after the break, we adjusted again and took control.

‘We had prepared to press them in certain areas of the pitch and they changed their system, so that was no longer valid. The most important thing I told the lads was not to lose possession in central areas, as that is where they push forward on the counter.’

Victory puts Inter in second ahead of the meeting with Dortmund at the Westfalenstadion in two weeks time with both sides competing to progress alongside Barcelona, with many expecting the La Liga giants to coast through to the knockout stages. 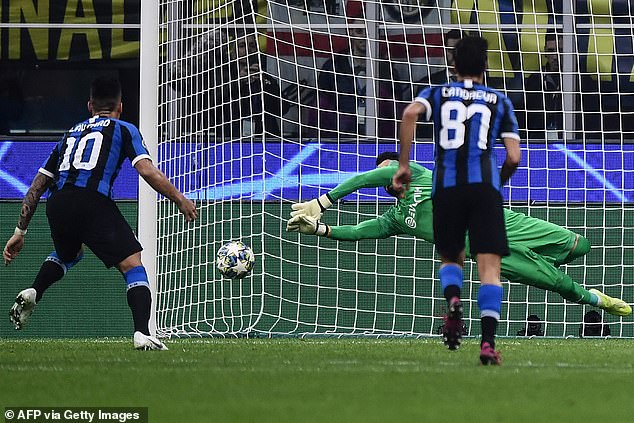 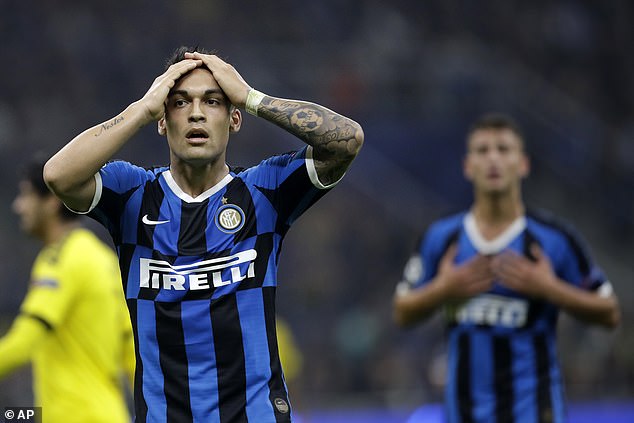