Mary J. Blige is slapped with lien for unpaid taxes

Uncle Sam is coming after Mary J. Blige as DailyMailTV has learned the singer has been slapped with a lien after failing to pay $1.76 million in taxes.

And this could be just the beginning of the government coming down hard on the superstar singer. Records seen by DailyMailTV showed Blige owes the IRS a total of $6.5 million in unpaid taxes for the years 2008 through 2016.

The R&B singer, who is in the midst of a bitter divorce battle with estranged husband Martin ‘Kendu’ Isaacs, filed an Income and Expense Declaration in a Los Angeles court this past summer after she was ordered to pay $30,000 him in spousal support.

In it, the singer reported a change in income due to a ‘large reduction’ in her royalties over the past year.

According to documents obtained by DailyMailTV, the IRS is slapping the $1,764,724.35 lien and could attach any of the property owned by the star.

Mary J Blige (pictured performing onstage alongside Chris Martin on October 14)  has been slapped with a lien after records show she has not paid $1.76M in taxes for 2015 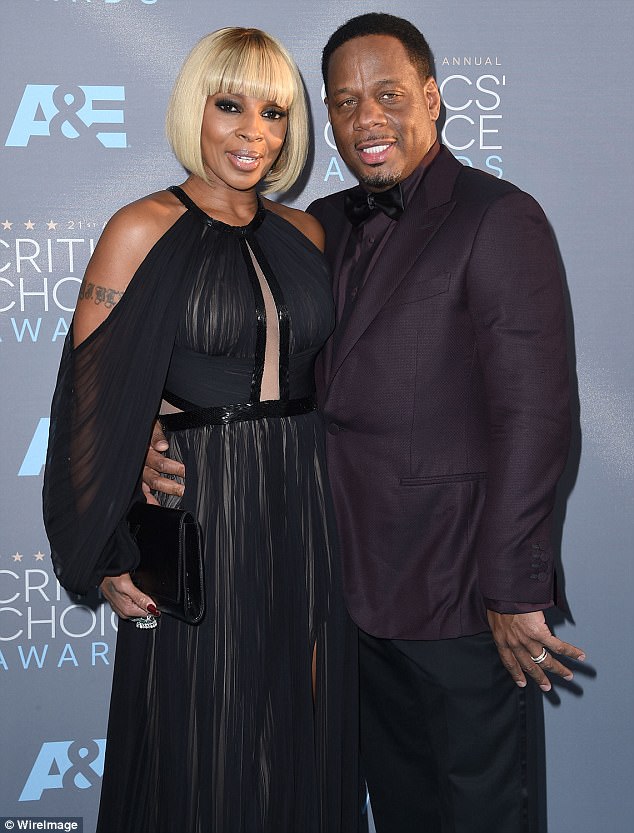 The Real Love singer might also be forced to shell out even more cash in her divorce battle after estranged husband Martin ‘Kendu’ Isaacs filed a trial brief last week, demanding $65,000 in spousal support. Blige was ordered to provide $30k a month in June

Blige owns three properties including an eight-bedroom, ten-bathroom, Saddle River, New Jersey mansion that has been on the market since 2015. The house was described as ‘unrentable,’ according to documents.

The songstress also owns another home in Cresskill, New Jersey, which was boarded up by the city and is in a ‘state of disrepair.’

In addition to paying off her debts, the Real Love hitmaker must continue shelling out $30,000 in spousal support after a judge made the ruling on Tuesday.

The 46-year-old Grammy-winning singer filed for divorce from Isaacs, 49, in July 2016, citing irreconcilable differences after nearly 13 years of marriage.

In a trial brief filed October 13, Isaacs had demanded his estranged wife provide $65,000 weekly, alleging Blige makes an average gross monthly income available for support of $275,476, while he on the other hand, has ‘no immediate prospective earnings.’ 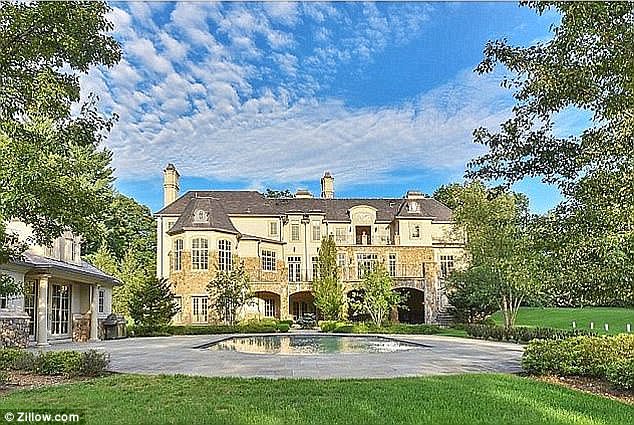 Blige owns three properties including an $8M eight-bedroom, ten-bathroom, Saddle River, New Jersey mansion that has been on the market since 2015.  After his separation from Blige, Isaacs is now living in a 1,400 square foot apartment in Los Angeles 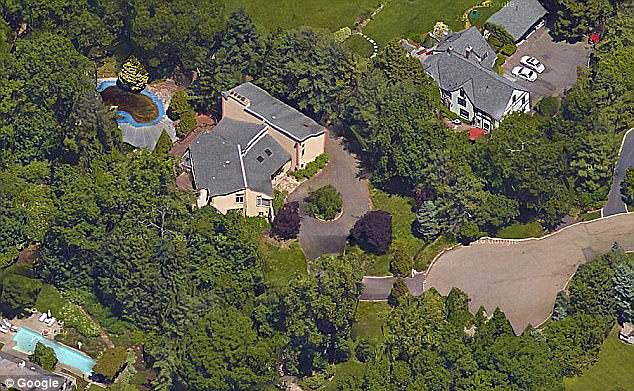 The songstress also owns another home in Cresskill, New Jersey, which was boarded up by the city and is in a ‘state of disrepair’ 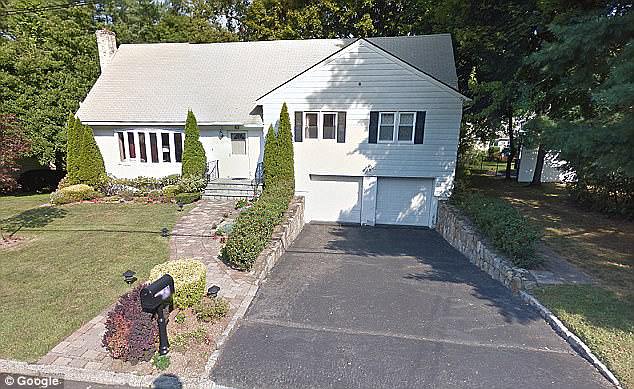 Mary J owns a third home in New Rochelle, New York which is occupied by her mother

Isaacs’s requests were denied on Tuesday, but he will continue receiving the $30,000 a month the judge ordered in June. Isaacs had originally sought $130,000.

In that same hearing, Blige was ordered to pay $100,000 towards Isaacs’s legal fees in monthly installments of $15k.

The 49-year-old, who worked as Blige’s manager, has claimed the star left him with ‘no source of income’ after she fired him when they split.

The lawsuit claims he has made ‘aggressive efforts’ to find a job, but has struggled because Blige has tried to ‘tarnish’ his reputation in the media.

Blige opened up about her divorce in an interview with Variety last month, suggesting Isaacs had been unfaithful and calling him a ‘con artist.’

‘I’m doing OK. I’m living,’ she said. ‘I’m not happy about a lot of things. I thought someone loved me, right? Turns out, he was a con artist and he didn’t, and now he’s coming after me for all my money.’

Blige also told how she channeled the pain and anguish from the nasty split into her role of Florence Jackson in the upcoming Netflix film Mudbound.

Isaacs is now arguing that the artist has financially benefited from the divorce, using it to ‘promote her new music, album, and tour.’

‘Since the divorce was initiated, [Blige] has released at least two songs that have been dubbed her “divorce songs,”‘ The evidence will show that [she] has reaped a substantial profit from this divorce,’ court documents read. 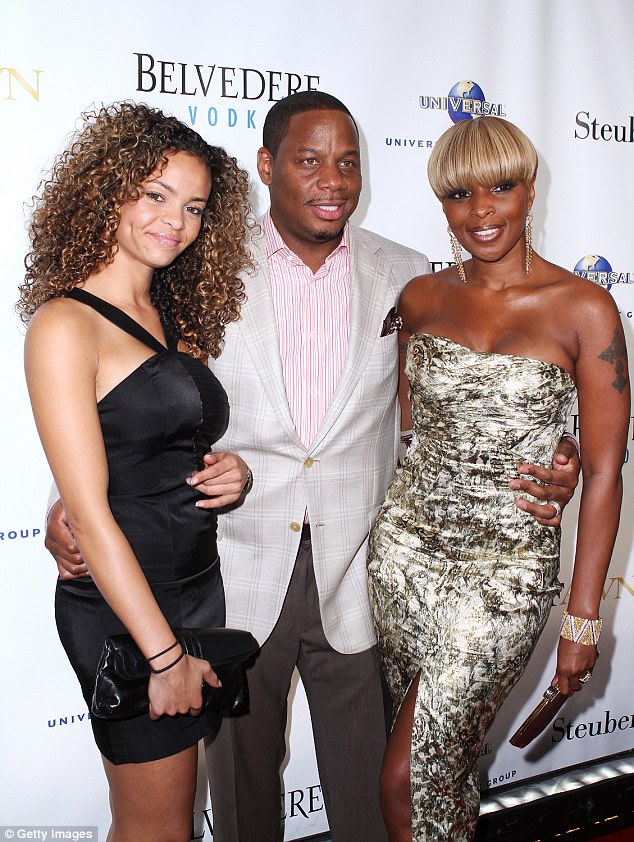 Isaacs was allegedly unfaithful to Mary J and had an affair with her protege Starshell, whose real name is LaNeah Menzies (left)

He claimed Blige received an estimated $2.7 million advance for her new album, Strength of a Woman, that was not taken into account during the hearing.

But Blige’s team has argued that the advance could take years to be satisfied.

Isaacs also claimed the divorce has led him to experience ‘stress and emotional distress’, which caused him to be hospitalized.

After his separation from Blige, he says he is now living a 1,400 square foot apartment in Los Angeles, as opposed to the $8M mansion he shared with his wife in New Jersey.

In August, DailyMail.com reported that the star earns $326,930 a month – with royalties and earnings from her production company being her main source of cash.

Blige also has a long list of expenses which include paying $14,000 a month for her Los Angeles rental and $2,340 monthly for her two Mercedes-Benz.

The Family Affair singer is also paying $55,000 a month to the California Franchise Tax Board as well as a $20,000 forbearance payment.

Blige has complied with court orders so far, but has also been fighting against his requests for more support, accusing him of blowing money on his ‘girlfriend’ and claiming it as business expenses.

Isaacs has been rumored to have had an affair with singer Starshell, who is Blige’s protege.

She accused her husband of taking $420,000 and using it for what he called ‘travel charges,’ over a two-year period insisting the money was not spent on business-related activities or on activities that involved her.

Mary J. Blige could potentially face prison time due to her unpaid back taxes.