Mary Jo Buttafuoco gets her smile after being shot in face

It has been more than two decades since Mary Jo Buttafuoco was shot in the face at point blank range by her husband’s illicit teenage lover, and she has been reminded of the incident almost every day since.

That is due in no small part to the facial paralysis that was caused when 17-year-old Amy Fisher pulled out a gun and fired it into Mary Jo’s temple as she stood in the doorway of her own home.

Neighbors quickly rushed to Mary Jo’s aid and doctors were able to work through the night and save her life, but ever since that day she has been unable to smile.

‘It affects your self-esteem. It does, when you can’t put on a bright smile,’ Mary Jo, 62, said of her nerve-damaged face in an interview with Inside Edition.

That has all changed now however thanks to a recent surgery that rewired the nerves in Mary Jo’s jaw and gave her a slight face lift, allowing her to smile for the first time in 25 years.

Paralyzed: Mary Jo Buttafuoco has been unable to smile (above) on one side of her face for 25 years after being shot at point blank range in 1992 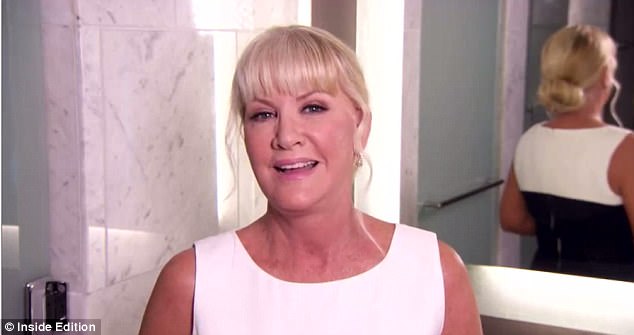 Operation smile: The 62-year-old mother-of-two is smiling again (above) however after undergoing surgery to repair her face and fix the nerve damage

Getting to work: ‘She doesn’t think of herself as pretty [or] beautiful and it’s completely the opposite,’ said her daughter Jessie Buttafuoco

Mary Jo’s comments about her face have been difficult for her daughter to hear, who was quick to admit that she looks up to admires her mother.

‘She doesn’t think of herself as pretty [or] beautiful and it’s completely the opposite,’ said Jessie Buttafuoco.

‘She is the most beautiful person I know inside and out.’

Mary Jo’s inability to smile was not the only problem she was facing however, as over time the muscles and nerves in her face had been deteriorating, and making facial movement that much harder for over the years.

That was all repaired though thanks to the work of Dr. Babak Azizzadeh, and Mary Jo is finally smiling again.

It marks the end of a long and difficult journey for Mary Jo, who almost lost her life despite being the lone innocent member of a love triangle gone wrong.

Mary Jo had two young children, Jesse and a son Paul, back in May 1992 when she got an unexpected visit from Amy Fisher at the family’s Massapequa home.

Unbeknownst to Mary Jo, Fisher had been sleeping with her husband Joey for almost a year, meeting him when she took her parents’ car to his auto-body shop for repair.

Fisher went to the door of the Buttafuoco’s home and told Mary Jo her fictional younger sister was sleeping with Joey, handing over a shirt from his auto-body shop as proof.

Mary Jo dismissed Fisher’s claims and asked her to leave, at which point the teenager struck her in the head with a gun and then fired off a single shot. 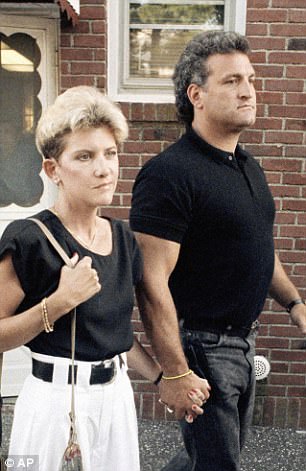 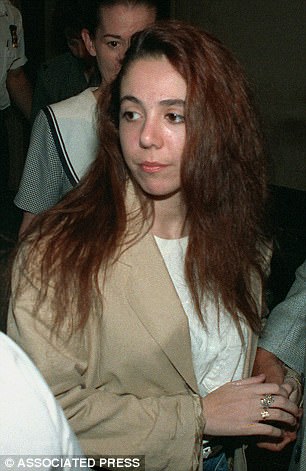 Shots fired: Mary Jo (left with Joey in Jully 1992) was shot in the temple by teenager Amy Fisher (right in July 1992) who had been having an affair with her husband Joey 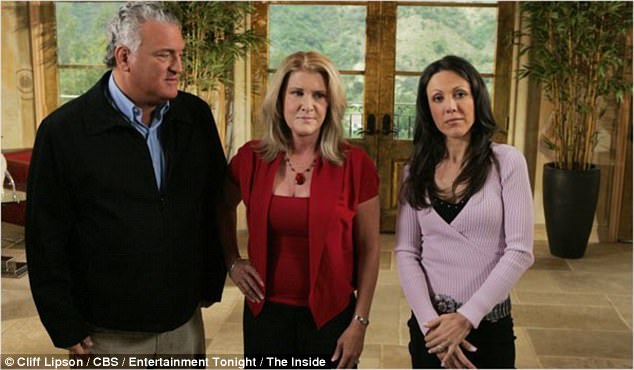 Chilly reception: Mary Jo divorced Joey in 2003, and all three members of the love triangle came together for an interview in 2007 (above)

When she came to, Mary Jo was able to identify her attacker and Fisher ultimately served seven years in prison.

She was released  after a judge agreed to vacate her guilty plea to a charge of first-degree assault in the case.

Fisher had initially been charged with attempted murder, and said that Joey helped her plan the shooting.

Joey denied this and that he ever had a relationship with Fisher, a claim that was eventually shot down when hotel receipts with his signature showed that the two had spent nights together before Fisher’s 17th birthday.

Fisher later accused Joey of rape, and he served six months in prison after being convicted on a statutory charge for his sexual relationship with the minor.

Mary Jo stuck by Joey’s side through it all before calling it quits in 2003 with her husband.

The three came together for the first time since Fisher’s trial back in 2007 for an interview with ‘Entertainment Tonight,’ but have never again been in the same room.