Mary of Denmark DROPS a prize while presenting a design award

Royals are renowned for their grace and poise however, even a princess isn’t immune to occasional blunder as Mary of Denmark proved last night.

The Crown Princess of Denmark was enlisted with the task of presenting the winners of the the Danish Design Awards with their gongs.

However, during one of the prize-givings the mother-of-four was left in a rather awkward situation when she dropped the trophy.

Each of the winners was presented with an inscribed block kept inside a velvet lined box, and when architect Bodil Kjaer went to collect his, the block fell to the floor.

Crown Princess Mary of Denmark attended the Design Awards in Copenhagen on Thursday night where she presented prizes to this years winners. Pictured with architect Bodil Kjaer 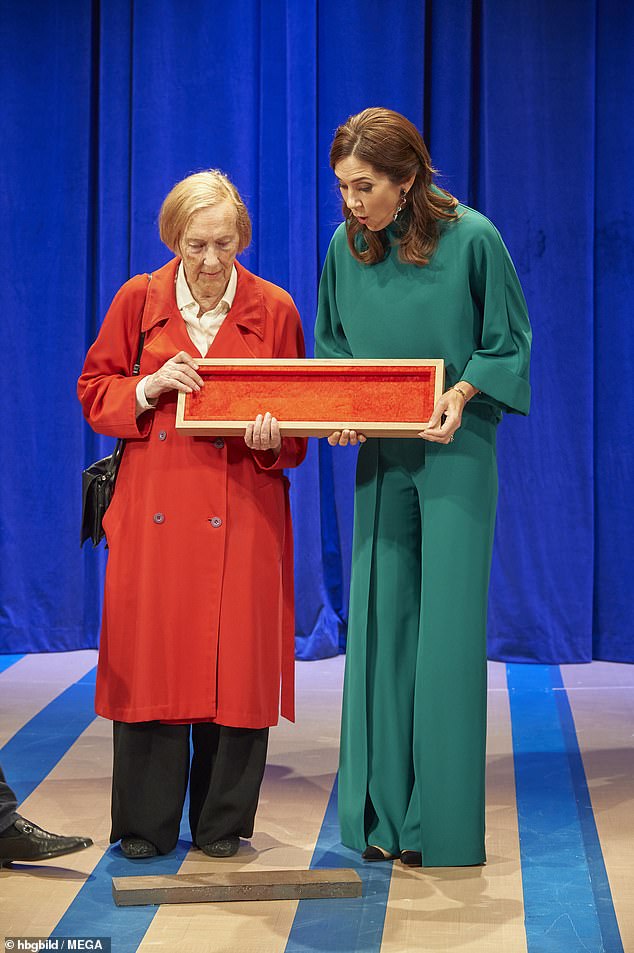 However, a composed Princess Mary, 46, brushed the moment off before continuing with the evening’s awards.

The Australian born royal looked typically glamorous at Thursday night’s event which was held at the Bellevue Theatre in the Danish capital.

Mary opted for a statement teal co-ord consisting of a high neck blouse and wide leg trousers for the prize-giving.

With such a bold outfit choice the chic royal kept her remaining accessories to a minimum in the form of some Jade coloured earrings and a pair of pointed court shoes. 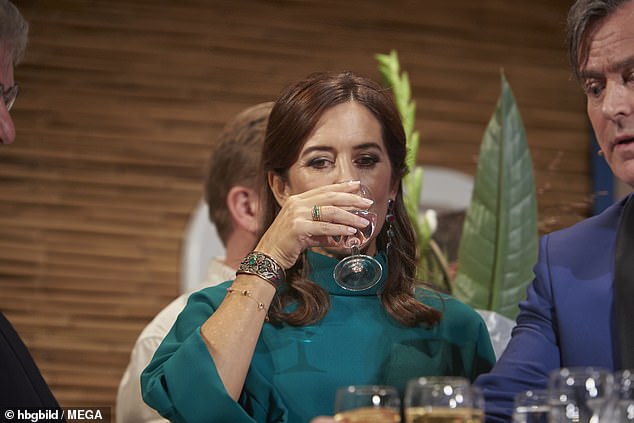 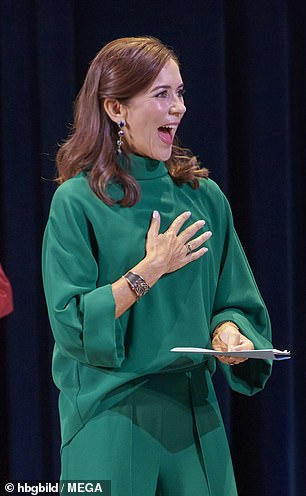 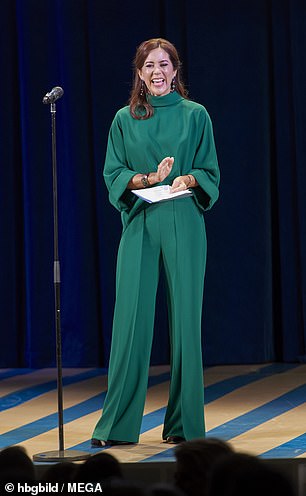 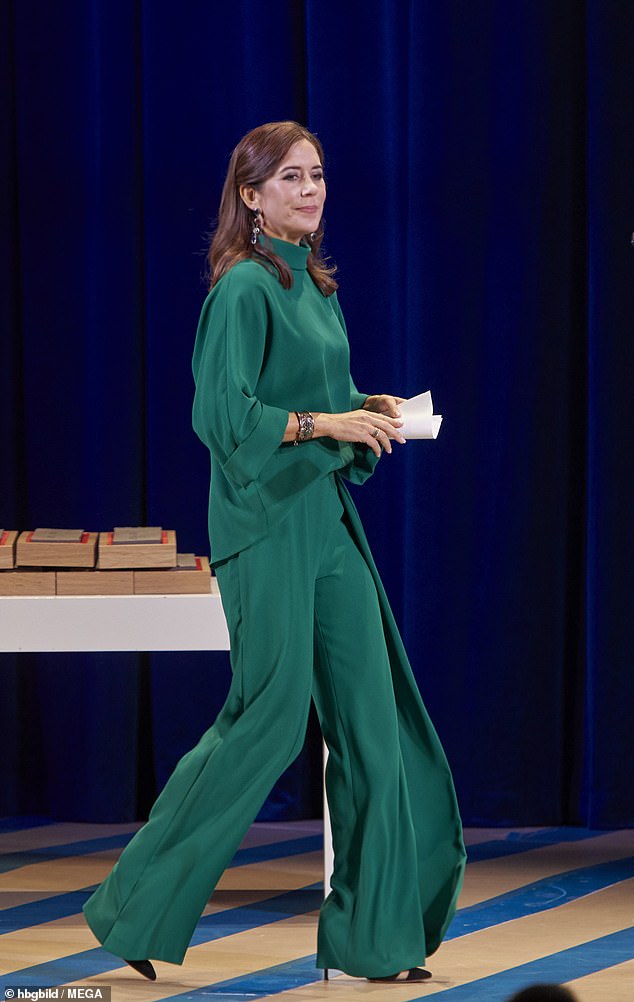 Her brunette locks were swept into a half up-do and Mary opted for a soft makeup palette of neutral tones.

She delivered an animated speech during last night’s proceedings where she congratulated the finalists on their achievements.

Following the award ceremony Mary joined the winners for a reception where she treated herself to a small glass of wine.

The annual awards ceremony aims to highlight the impact and value of design, celebrating companies and designers across the country. 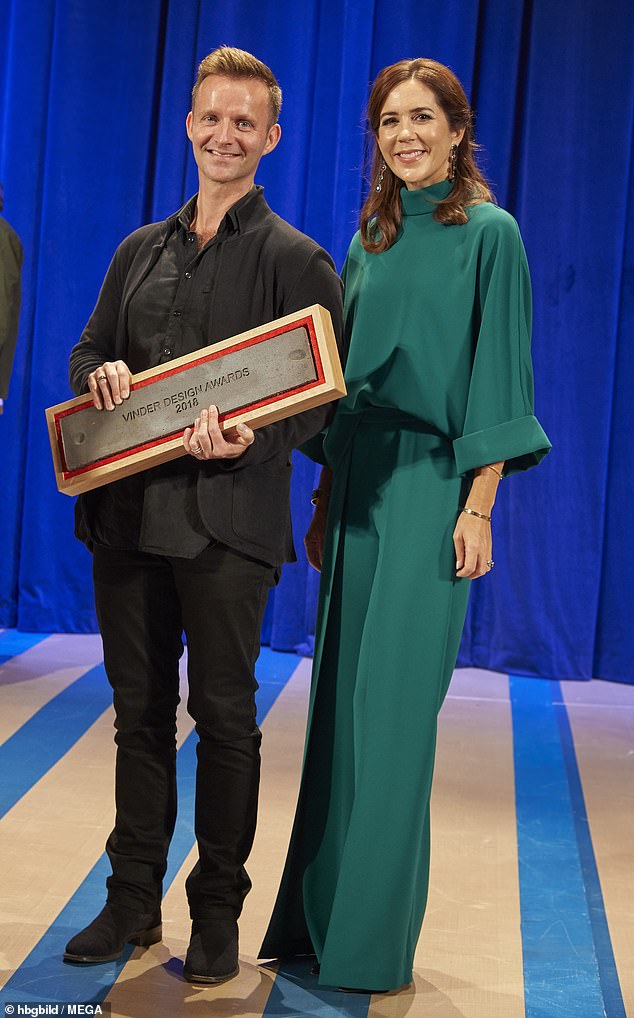 She kept her accessories to a minimum in the form of a few elegant pieces of jewellery and a pair of pointed court shoes. Pictured with designer Lars Vejen

The award categories range from design that has created jobs or cut costs over health solutions to visionary concepts.

Princess Mary is married to Frederik, Crown Prince of Denmark, the heir apparent to the Danish throne.

The love story between Princess Mary and Prince Frederick has been well documented; the couple met in a Sydney bar and Mary, born in Tasmania, moved to the northern hemisphere to be with Frederik.